Wall Street Journal writer to be honored at seminary symposium 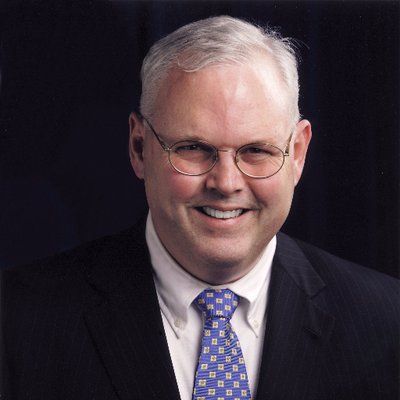 A former presidential speechwriter and noted Wall Street Journal columnist will be honored at St. Charles Borromeo Seminary in Wynnewood as part of a World Communications Day celebration.

Bill McGurn, who served under President George W. Bush, will receive the Cardinal Foley Award for Excellence in Communications on Thursday, May 23 at 8 p.m. in the seminary’s Vianney Auditorium.

The ceremony, part of the annual John Cardinal Foley Symposium, will be preceded by 7 p.m. town hall discussion of Pope Francis’s “Message for World Communications Day.” A dessert reception at 8:30 p.m. will round out the evening, which is free and open to the public.

McGurn writes the weekly “Main Street” column for The Wall Street Journal, where he also serves on the newspaper’s editorial board. The author of “Perfidious Albion” and “Terrorist or Freedom Fighter,” he spent more than a decade working overseas, with assignments in Brussels and Hong Kong.

The annual symposium highlights the Catholic Church’s mission to embrace social communications in support of the Gospel. Now in its 53rd year, World Communications Day was established through the Second Vatican Council document Inter Mirifica, “Decree on the Media of Social Communication.”

Since the council, popes have typically delivered World Communications Day messages that enhance and clarify church teaching on social communications.

In this year’s message, Pope Francis has stressed the need to use the internet “in the service of the encounter between persons, and of solidarity among all.” The text, entitled “’We are members of one another: From social network communities to the human community,” observes that “unity is not based on ‘likes,’ but on … the ‘amen’ by which each one clings to the body of Christ, and welcomes others.”

The symposium is sponsored by the seminary’s John Cardinal Foley Chair in Homiletics and Social Communications, currently held by Oblate Father Thomas Dailey. Founded in 2013-2014, the Foley Chair seeks to support the work of the Catholic Church by teaching seminary students and church groups, working with staff in parishes and dioceses, and engaging in dialogue with journalists and media professionals.

A Philadelphia area native, Cardinal John Foley was a Columbia Journalism School graduate, editor of The Catholic Standard and Times archdiocesan newspaper editor and longtime president of the Pontifical Council for Social Communications. He was also internationally known as the English-language commentator for the papal midnight Mass at Christmas.

For more information about the Cardinal Foley Symposium, visit the symposium’s webpage.

NEXT: Archbishop Chaput: Meet ‘hateful actions’ with love at rally