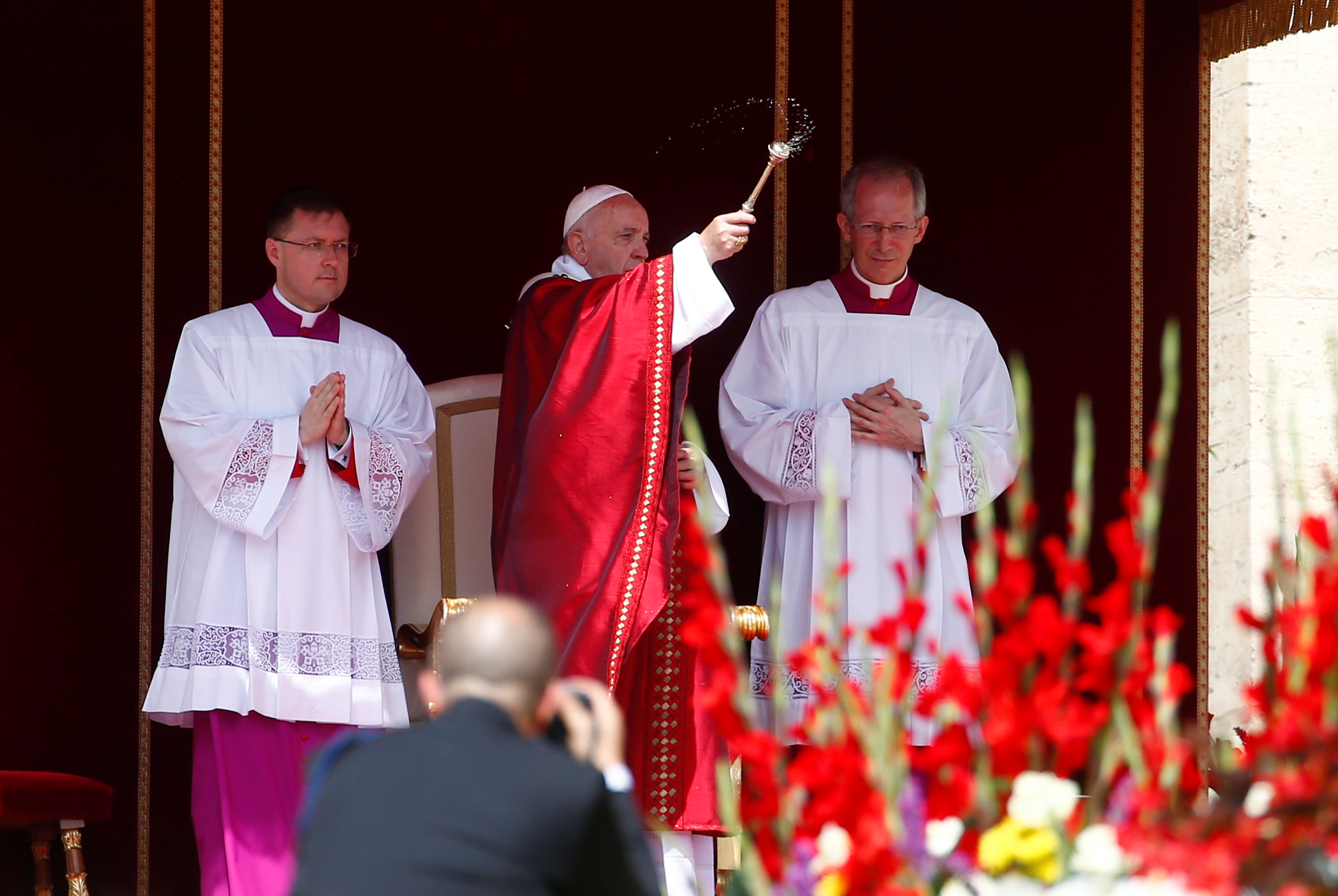 VATICAN CITY (CNS) — In a world of conflict and division and a culture of insult, people need to live filled with the Holy Spirit, who is the only one capable of bringing harmony and unity to diversity, Pope Francis said.

“Those who live by the Spirit … bring peace where there is discord, concord where there is conflict,” he said during a Pentecost Mass in St. Peter’s Square.

“Those who are spiritual repay evil with good. They respond to arrogance with meekness, to malice with goodness, to shouting with silence, to gossip with prayer, to defeatism” with a smile, he said during his homily at the Mass June 9.

“We need the Spirit of unity to regenerate us as church, as God’s people and as a human family,” he said.

“There is always a temptation to build ‘nests,’ to cling to our little group, to the things and people we like, to resist all contamination. It is only a small step from a nest to a sect: How many times do we define our identity in opposition to someone or something,” the pope said.

It has become “fashionable” to hurl “adjectives” and insults at people in what has become “a culture of adjectives,” which forgets the person or thing beneath the surface and responds to differing opinions with insults, he said.

“Later we realize that this is harmful, to those insulted but also to those who insult. Repaying evil for evil, passing from victims to aggressors, is no way to go through life,” he added.

With today’s “frenzied pace of life,” he said, people are pulled in too many directions, running the risk of “nervous exhaustion” and reacting badly to everything.

“But more than anything else, we need the Spirit: He brings order to our frenzy. The Spirit is peace in the midst of restlessness, confidence in the midst of discouragement, joy in sadness, youth in aging, courage in the hour of trial. Amid the stormy currents of life, he lowers the anchor of hope,” he said.

The Holy Spirit doesn’t make life easier, nor does he sweep every problem or hardship away. He makes Jesus live in those hearts that open up to him, “raising us up from within,” and makes people realize “that we are beloved children” of a tender, loving God.

“Filled with his peace, our hearts are like a deep sea, which remains peaceful, even when its surface is swept by waves. It is a harmony so profound that it can even turn persecutions into blessings,” the pope said.

The Holy Spirit is a “specialist in creating diversity, richness” while also bringing harmony and unity to this diversity; “Only he can do these two things.”

On June 8, the vigil of Pentecost, Pope Francis celebrated Mass in St. Peter’s Basilica with the faithful of the Diocese of Rome.

He asked that people open their hearts and listen to the cries of others.

“To be able to hear the cry of the city of Rome, we too need the Lord to take us by the hand and make us ‘descend,’ come down from our positions” or pedestals and be with the people to hear their cry for salvation — a cry the Lord hears, “but we usually don’t.”

“It is not about explaining things” in an academic and intellectual or political and ideological manner, he added, saying it upset him “when I see a church that believes it is faithful to the Lord by renewing itself when it seeks purely functional paths, paths that do not come from the Spirit of God.”

A church that cannot “come down” from above and have its eyes, ears and heart open among the people is not being guided by the Holy Spirit, he said.

The Spirit turns things upside down, not to make people start over from the very beginning, but to take up a new path, a new way of seeing, hearing and living, he said.

People are asked to look for God’s plan and serve him by serving others, he said.

PREVIOUS: Pentecost celebrates ‘gifts that from the Spirit flow’

NEXT: Discernment is listening for God in the real world