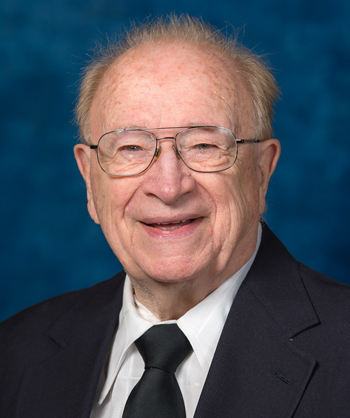 A longtime teacher and principal of the former St. James High School in Chester is celebrating the 75th anniversary this year of his ministry with the Society of Mary.

Marist Brother James Leahy, 93, is a Brooklyn, New York native who left his Catholic grade school after eighth grade and entered a Marist high school postulancy in Ohio. After completing high school in 1943, he formally professed his vows in religious life the following year.

His long teaching ministry began in Cleveland in 1946 and continued through assignments in Ohio, New York, Kentucky and Iowa.

In 1970 he began to teach at St. James High School, where he rose to principal and where he remained for 23 years until the school closed in 1993.

Following that assignment he taught in San Francisco and settled into further ministry and eventual retirement in California.

“Over the years of my teaching career, I have endeavored to imitate a fellow Marianist: Brother Leonard Mann, who was my ideal, when I was his student in the postulate,” Brother Leahy said. “I lived for the classroom and, thank God, managed to enjoy it daily for 66 years.

“I credit anything I was able to accomplish during these years to the older SM’ers with whom I lived during my initial years as an educator.

Brother Leahy celebrated his 75th jubilee June 8 in Cupertino, Calif. He will also celebrate it Aug. 3 in Douglaston, New York and Aug. 10 in Dayton, Ohio.