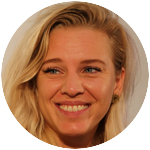 Attending a Catholic college over attending a secular college is a big question faced by teenagers as they prepare to move into that next phase of their lives. The question is usually asked at a point at which there is a lot of questioning and doubting, and if not addressed properly, opportunities can be missed.

In Philadelphia there is a wealth of options, from the famous St. Joseph’s to smaller colleges like Chestnut Hill. The upshot is that, with such a bulk of options and such a rich tradition, it’s important to know what the schools really offer. Let’s take a look at what the reasons for attending might be.

One of the challenges facing young people with faith is not having the support of their contemporaries to continue to investigate and grow as a member of the church. This isn’t to say that there aren’t good Catholic communities at some secular universities, or that there aren’t a good number of secular pupils at Catholic colleges, but the community and the options to openly and comfortably explore your faith at a Catholic college are so vast that it’s a great opportunity. Plus, by meeting other Catholics, you can explore your faith together and form lifelong bonds.

You can hardly overstate the size of the impact that Catholicism has had on the development of learning across centuries. “The Catholic Church has had an instrumental hand in the founding and support throughout history, from the libraries of 13th century monasteries to the Catholic colleges of today,” said Hayden Shore, an educator at College Papers. Catholicism’s long history as a promoter of education is something that has stayed with it and continues to propel academic excellence on Catholic college campuses.

A “traditional” college experience is quite often a perilous time for a lot of young people. Secular colleges often, implicitly and explicitly, promote the party stereotypes and unsavory values that can be very damaging to young people, including young Catholics. Things like drug and alcohol consumption and premarital sex are touted as being an intrinsic part of a college education. Catholic colleges have leaders who instill positive and enriching values, and who help to envelop students in a Catholic education that isn’t just academic but morally grounded as well.

“The Catholic Church truly is a global religion. With hubs all across the world, from Latin America to Australia, to Africa to Rome itself, the global traditions of Catholic colleges and the expanded field of view afforded to their students can go a long way to readying students for an already hugely interconnected world,” said Nathaniel Heston, college counselor at Professional Academic Writing Services. The diversity inherent in the Catholic Church allows students from different backgrounds to come together to explore the ways of the world and to uncover truths about people they might otherwise have no cause to consider at, say, a secular college.

Catholicism is one of the most charitable religions and that certainly doesn’t stop at a college level. Many of the most dedicated colleges will expect the student body to get involved in outreach as a necessary part of their education. A lot of good can be done in these scenarios. Furthermore, students will be encouraged to learn the values of charity and of compassion for those around them in a way that will go on to make them a better, more rounded member of society.

Many Catholic colleges, large and small, enjoy a reputation for excellence. But even the smallest of them will offer a variety of valuable and enlightened offerings that set them apart from secular colleges.

Chloe Bennet is an online editor who writes about college life and tutors online at EssayRoo.com.

PREVIOUS: Behold, the real world beyond the screens

NEXT: My blessed friend and saintly model, Msgr. Joe Corley