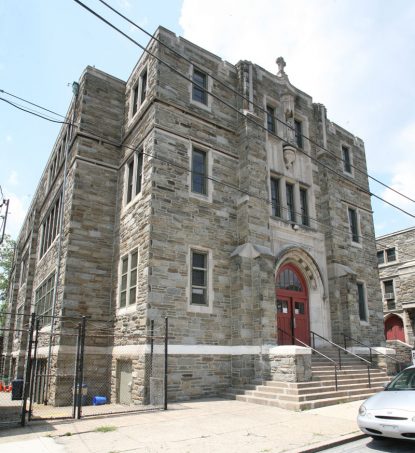 St. Rose of Lima was built as a combination church and school, and with the decision to close the church, the St. Rose of Lima Independence Mission School will have room for expansion in the Haddington Park neighborhood of West Philadelphia.

Archbishop Charles J. Chaput approved the “relegation” — a formal designation under canon (church) law — that allows the churches to be used for “profane (non-religious) but not sordid use.”

This relegation means the Holy Trinity, Our Lady of Ransom and St. Rose of Lima church buildings will no longer serve as worship sites of their respective parishes and will close as Roman Catholic churches, although in some instances such buildings are purchased by other religious denominations.

The church building itself is essentially the original building although the interior and roof were completely destroyed by an 1860 fire caused by a firecracker during a post-July 4 celebration and had to be rebuilt. There has also been extensive interior alterations during the century and half since.

The exterior is considered historic and cannot be altered without the approval of the Historical Commission of Philadelphia.

The descendants of the original German-speaking founding parishioners of Holy Trinity have long since moved away, and because of its proximity to Old St. Joseph’s and Old St. Mary’s, Philadelphia’s two oldest Catholic churches, the worshiping community dwindled.

Since its merger into Old St. Mary’s in 2009 it has seen only occasional use. But on the limited times when Mass was celebrated there, attendance was extremely low. Now major repairs are needed, including replacement of the deteriorating floor and roof.

“People asked me not to use it anymore because of the condition of the floor,” said Msgr. Paul DiGirolamo, the pastor of Old St. Mary’s. 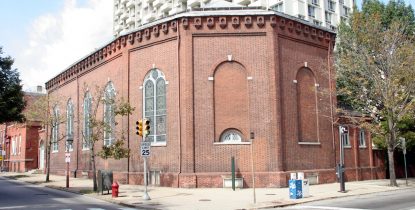 Holy Trinity Church, built in 1788, was the third oldest church in Philadelphia but little used in the past 10 years.

The necessary repairs would be expensive, estimated up to $800,000, and members of the Old St. Mary’s Finance Council could not see spending the amount of money needed because so few Masses a year were celebrated with small attendance and practically no revenue coming in.

If there is opposition in the parish to the closing of Holy Trinity and an ultimate sale of the property, it is the fear of a high-rise building going up. But that’s not going to happen, because in the nature of the neighborhood it wouldn’t be permitted and because of the historic designation, the exterior of church can’t be touched.

Holy Trinity does have a little cemetery, Msgr. DiGirolamo explained, and the historic preservationists would have no objection to moving the bodies but the tombstones would have to stay — but that would defeat the purpose of tombstones.

If the building is sold for whatever purpose, “The buyer will have to spend at least a million dollars for renovation,” he estimated.

Our Lady of Ransom Parish was founded in 1954. Its church on Roosevelt Boulevard was one of the largest in Philadelphia with a seating capacity of 1,100 and was often used for such events as baccalaureate Masses by area high schools.  In the 1990s it had a worshiping congregation in excess of 1,600, but by the time it was merged into Resurrection of Our Lord Parish in 2017 Mass attendance had dwindled to under 400.

Only Our Lady of Ransom Church itself is affected by the announcement, not the other parochial buildings. At this time the former parish school is being utilized by the Catholic Historical Research Center of the Archdiocese of Philadelphia. Also, the convent has Sisters of the Immaculate Heart of Mary living in it and Oblates of St. Francis de Sales are living in the rectory, and they are not affected by the closing of the church building, according to Father James DeGrassa, pastor of Resurrection.

When the two parishes were merged, he estimates about 100 individuals came over to Resurrection. The probable reason others didn’t, he believes, is because many were living closer to another territorial parish, perhaps St. Martin of Tours or St. Timothy. Our Lady of Ransom had ground level entry, so elderly parishioners may have sought another parish that also did.

“Those who came fit right in and got involved,” he said. “They are good people with a good sense of community.”

As a nice touch, the last Mass at Our Lady of Ransom was on Dec. 8, the Feast of the Immaculate Conception, 50 years to the day of the consecration of the church.

While the closing of the church is sad on one level, on another it relieves one anxiety. “It was broken into several times,” Father DeGrassa said.

St. Rose of Lima was never a large parish, but its name still survives through the parochial school that is now an Independence Mission School.

St. Barbara Parish, into which St. Rose merged, isn’t large either. As a matter of fact St. Barbara, St. Ignatius of Loyola and Our Lady of Lourdes are now the only parishes left in what was once the 10-parish Cluster 21 in West Philadelphia. All have been affected by shifts of Catholic population away from that part of the city.

The merger of St. Rose and St. Barbara and the relegation of the St. Rose building are positive things, believes Msgr. Wilfred Pashley, the long-time pastor of St. Barbara. Both were founded in 1921 and both had a predominantly African-American population.

Because they were founded in the era when Cardinal Dennis Dougherty was archbishop of Philadelphia, both were required to build a school first with a chapel inside it. A free-standing church would come later as the parishes prospered.

Although they had active, enthusiastic parishioners, neither parish grew at the expected rate and both continued to operate in those original school/church buildings.

The difference today is that the St. Barbara building is only a church and the St. Rose building is only a school. Now through this relegation St. Rose of Lima School can expand its operation into the floor that was the church. “This will be good for us,” Msgr. Pashley said. “We will still have a small chapel there and the auditorium can be used for school Masses.” 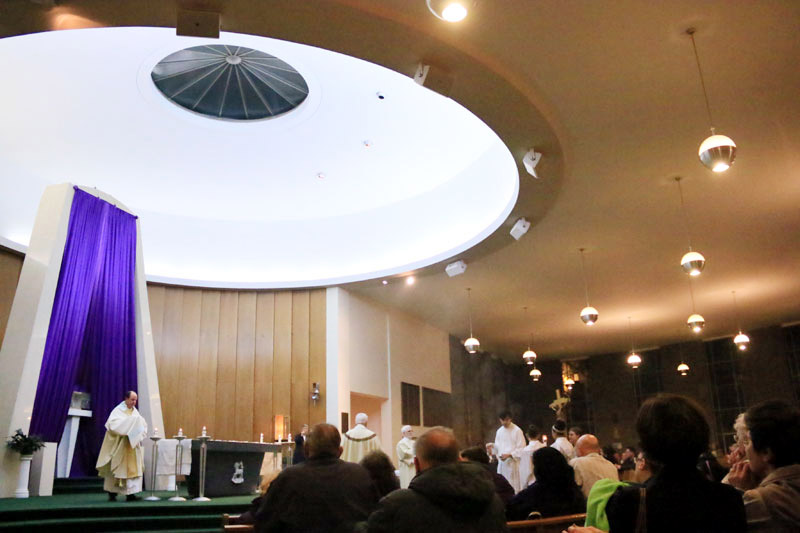 A CatholicPhilly.com file photo shows a 2015 liturgy in Our Lady of Ransom Church, which has closed as a worship site of Resurrection of Our Lord Parish in Northeast Philadelphia. (Photo by Sarah Webb)

NEXT: Far from home, Vietnamese nuns make friends in Philly