10 years later, how the blessed garden has grown 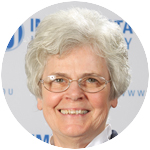 Have you ever seen or experienced the fruits of seeds you planted? Many of us do the Lord’s work in our little corner of the vineyard and don’t ever see the vines or fruits 10 years later.

In late May I received a surprising phone call from a friend in Miami telling me that one of the sisters with whom we worked for 10 summers in Mindo, Ecuador was dying and she wanted to see us. The sister asked our friend, Mike Carricarte, to please come and bring Sister Susan Kuk, I.H.M. and me so she could say her good-byes.

We had taken students from Miami, Philadelphia, Immaculata and Harrisburg on mission trips for more than 10 years to run a summer camp for orphans at U.F.E.T.E. school in Mindo. Everyone who went over the years was changed by the encounter with the orphans who accepted us with love and enjoyed the activities. When a new school administrator made the decision to no longer have orphans at the school and homes were found for each of the children, our mission ended but a piece of my heart remained in Mindo.

Now 10 years later, the three of us had been invited to come for our friend, Hermana Judith. We arrived after midnight with sad hearts in the Quito airport and discovered a mission group of 41 high school students from Miami who were also going to Mindo. We jumped on their bus for the long drive through the very dark night in the Andes Mountains.

When we arrived at 4 a.m. we were greeted by students in pajamas lining the driveway holding handmade luminaries. I was deeply touched and overwhelmed by their lighted candles and the warm welcome. The children and sisters were there to greet the mission group and the three extra visitors.

The next morning there was a school assembly to thank the three of us who had begun the summer camps some 24 years ago. Through the years, others set up a college fund and 18 of the orphans have now graduated from college due to Mindo Futures, a generous group from Miami.

At the assembly, they thanked us for planting seeds that have been fruitful — today’s volunteers paint buildings, do repairs in the chicken coops, feed the tilapia and are helping the school become sustainable.

It all began with an invitation and Sister Susan’s willingness to start something new with the idea of a summer camp. I joined her a few years later and others began medical mission trips each year for the people of Mindo and those who live in the mountains surrounding the pueblo.

Over our three days there, a good number of the orphans who knew us came to see us. They brought their families. They shared memories.

One of the orphans, Genesis, married Jorge, another orphan and they have three beautiful children. Jorge was anxious to pull us aside to tell us that the summer camps were the only happy memories he had of his life growing up in the orphanage. His words were a revelation and a gift to me. Lucy, one of the college graduates, came and carried the lion I had given her as a second grader. Aracely, one of the orphans, has returned as the school psychologist and she was joined by Rubiela, the school librarian.

When we left 10 years ago, I never thought I would return. Our recent visit was because of a misunderstanding: Hermana Judith is fine, she had simply said in Spanish, “I want to see you all again before I die.”

We laughed and laughed. The mistranslation gave us the unexpected opportunity to return, visit Hermana and discover the ways our seeds had flourished, how the orphans have grown up to be wonderful, delightful and successful adults/parents. The summer camps led to college education, medical mission trips and volunteers meeting different needs.

The Lord has been caring for the vineyard in Mindo all along and I am grateful to have been part of it once upon a time.

PREVIOUS: Empty pews and the future of Catholic parishes

NEXT: What do mass shootings have in common?