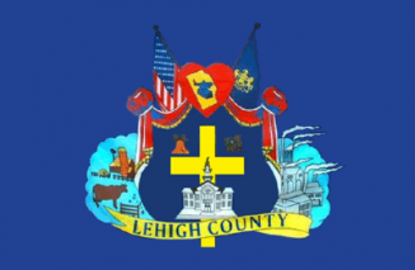 WASHINGTON (CNS) — A federal appeals court said a Pennsylvania county can keep the image of a cross on its official seal because it was not an endorsement of religion.

The unanimous Aug. 8 ruling by the 3rd U.S. Circuit Court of Appeals in Philadelphia followed a precedent set by the U.S. Supreme Court earlier this year when it allowed a historic cross-shaped memorial in Maryland to remain standing, saying it did not endorse religion. The ruling also overturns a 2017 lower court decision about the seal’s cross.

“Courts are not to focus solely on the religious component in challenged government displays; they should consider the overall message conveyed and the broader context in which the display appears,” the ruling said.

The 75-year-old seal in question, for Pennsylvania’s Lehigh County, features a yellow cross in its center behind a courthouse. Around the edge are images of a farm, a bison, a factory, bunting, cement silos, a heart and the Liberty Bell.

The court’s decision said the seal “fits comfortably within a long tradition of state and municipal seals and flags throughout our republic that include religious symbols or mottos, which further confirms its constitutionality.”

It also said the seal with all of its symbols has historical significance.

In court documents, the county said the symbols are linked to local and national ties. The cross was meant to “honor the Christians who settled in Lehigh County.”

The seal, on the county flag, is displayed in several government buildings around the county and is used on the county’s letterhead and website. The first complaint about it was raised by local members of the Wisconsin-based Freedom From Religion Foundation who said the seal was an official endorsement of a religion.

The appeals court ruling said that even though the cross is a “focal point” of the seal, it doesn’t stand alone. “Whether historical, patriotic, cultural or economic, they are all secular symbols,” the ruling said, adding: “The seal as a whole therefore ‘suggests little or nothing of the sacred,’ even though the Latin cross alone has undeniably religious a significance.”

Annie Laurie Gaylor, co-president of the Freedom From Religion Foundation, said in a statement that the court decision “sends a wrong, exclusionary message.” She said the county “should be welcoming of all residents regardless of religion.”

Joshua Siegel, spokesman for Lehigh County, told The Associated Press: “We’re obviously extraordinarily happy with the outcome,” stressing that county officials want to “protect the history of the county and the historical value of the seal as opposed to its religious underpinnings or meanings.”

PREVIOUS: Seniors can eat their veggies (and fruit), thanks to produce vouchers

NEXT: Thanks to free tools, blind faithful lead others to Word of God