Inspired by her faith, attorney serves as guide on path to citizenship 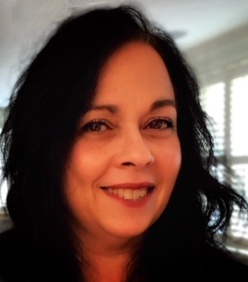 Attorney Catherine Baggiano has a goal: to get as many people as possible naturalized as U.S. citizens.

Since joining the staff of archdiocesan Catholic Social Services (CSS) in 2015, Baggiano has been hard at work, helping at least 350 individuals to take the oath of citizenship.

And that’s just a start.

“There are large concentrations of people in this area who are eligible to become citizens,” said Baggiano, administrator of CSS’s immigration services agency, which traces its roots back to the early 1980s, when the U.S. saw an influx of immigrants from Southeast Asia.

To obtain U.S. citizenship, applicants must be age 18 or older, lawfully admitted and permanent residents for at least five years (or three years, if filing as a spouse of a U.S. citizen).

They must also demonstrate “good moral character” and “an attachment to the principles and ideals of the U.S. Constitution,” as well as “a basic knowledge of U.S. history, government and civic principles,” according to U.S. Citizenship and Immigration Services (USCIS).

The ability to read, write, speak and understand basic English is also required.

Once those criteria have been met, applicants can begin the naturalization process, which includes completing USCIS’ 20-page Form N-400.

“We help them work through it, and we make sure their application is correct,” said Baggiano.

She noted that many would-be citizens are deterred by the application filing fee, which — at $640 plus an $85 biometrics, or fingerprint, cost — generally totals $725 per person. Some fee reductions are possible for income-qualified applicants, although Baggiano warned of potential changes that may eliminate such waivers.

Baggiano’s office does charge standard fees for its legal services, but relies on discretionary funding — more than half of which comes from the annual Catholic Charities Appeal, supplemented by various grants — to offset client costs.

“One of the biggest issues we need to make people aware of is that they should seek legal representation,” she said. “A lot of people think they can do it on their own, but in today’s climate, officials are looking at every application with a fine-toothed comb, so they can be in jeopardy of having their green card rescinded.”

With their paperwork and fees submitted, applicants must complete an interview with USCIS officials and pass two tests: one in English language skills, and the other in U.S. history and government.

To help prepare area applicants for the civic examination, CSS recently assisted in developing the Museum of the American Revolution’s U.S. Citizenship Initiative. During eight free sessions conducted from July 15 to Aug. 7, museum staff worked through the 100 possible questions that make up the 10-question test, which requires a passing grade of six correct answers.

Baggiano said that CSS — along with HIAS, the Mayor’s Office of Immigrant Affairs, USCIS, the Nationalities Service Center and the Welcoming Center for New Pennsylvanians — provided guidance for the initiative, helping to shape the curriculum and to spread awareness of the course through social media.

Without any preparation, most current U.S. citizens would fail the test, said Elizabeth Grant, the museum’s director of education.

“I think the official number indicates that close to 75%, or 3 out of 4 people, cannot pass the test,” said Grant.

(How would you fare on the exam? Take the USCIS practice test here.)

The museum’s exam preparation entailed more than memorizing dry historical facts, Grant stressed. Studying the material amid the “precious artifacts” from the nation’s founding enabled participants “to think about the ultimate goal of citizenship,” she said.

“It’s about feeling a sense of belonging, and understanding one’s place in history,” Grant said. “And it’s also about being an active and engaged citizen, to stay informed and ultimately to vote.”

And empowering newly created citizens to make their voices heard at the ballot box is central to Baggiano’s mission.

“This is how they can effect change,” she said, noting that sweeping revisions are needed to an immigration system that “was never truly fixed.”

“We have over 12 million illegal immigrants here,” said Baggiano. “They’re not going anywhere, and we need a mechanism to make them legal. Even from a practical perspective, doing so could generate a lot of revenue.”

“We hold that every human is first and foremost a loved child of God,” she said. “Prior to any label or assigned identity, we have to see every human being as the image and likeness of God.”

In keeping with Catholic social teaching, Baggiano acknowledges that “there needs to be a prudent and proportionate balance” between the right to immigrate and a nation’s right to secure its borders.

Yet she admits that she finds current anti-immigrant sentiment “frightening,” and points out that most of those seeking U.S. residence are “hardworking, decent people fleeing persecution” in their country of origin.

“That’s how our ancestors came here, looking for a better life,” she said. “Jesus, Mary and Joseph were once refugees. How we would treat Jesus?”

NEXT: Seminarian cyclists visit parishes as Biking for Vocations hits the road