How the church can invest in young women leaders 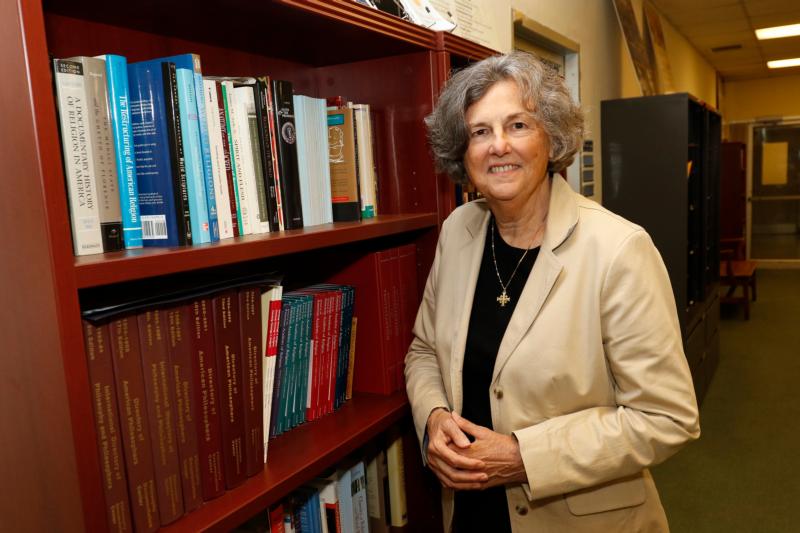 Phyllis Zagano is senior research associate in the religion department at Hofstra University in Hempstead, N.Y. Pope Francis has expressed that he would like women to play a more “capillary and incisive” role in the church and in places where the “most important decisions are adopted.” (CNS photo/Gregory A. Shemitz)

In a January 2014 address, Pope Francis expressed that he would like women to play a more “capillary and incisive” role in the church and in places where the “most important decisions are adopted.”

Since that time, Pope Francis has examined the critical role of women in the family during Wednesday audiences and in the apostolic exhortation, “Amoris Laetitia”; he commissioned a scholarly and historical study of women and the diaconate; and he has appointed women to several key positions in Rome, including leadership roles within Vatican congregations and dicasteries.

Is a deeper theological reflection on women leaders a priority for the church at this time, given everything else it’s facing? Without a doubt. A cursory look at the changing landscape of Catholic women in the United States and its potential impact makes this evident.

Catholic women have traditionally taken on leadership roles in the family, in religious orders and as lay ecclesial ministers. But U.S. parishes are reporting a drastic decrease in the number of Catholic marriages. This means that many women are finding themselves single or in “vocation limbo” longer than they’d like.

Second, though a July 2019 article in The Huffington Post examined an uptick in millennial women discerning religious life, the number of religious sisters in the U.S. has never recovered from a steady decline since 1965. As a result, the missionary areas where sisters have traditionally taken a leading role — education, health care and social services — have faced a number of challenges.

Last, in 2015, the Center for Applied Research in the Apostolate reported that the median age of lay ecclesial ministers — those involved in religious education, sacramental preparation, liturgy and/or music ministry or general parish administration — was 55. Considering that 80% of lay ecclesial ministers are women and only 37% of millennial Catholic women have ever served in a parish ministry, that median age is bound to rise.

So how can those in authority encourage women to commit to ministry or careers in the church? Three critical steps come to mind:

— Remove the obstacles that prevent women from making these commitments. Catholic organizations, parishes and dioceses can do an internal audit of what roles must be done by clergy, which roles are preferably done by clergy and which roles can be filled by religious or laypeople. This would open up immediate opportunities to lead.

Catholics can continue to expand opportunities to help reduce or alleviate the burden of college debt for serious candidates to religious life.

Catholic organizations can offer better maternity leave benefits and flexible work solutions for working mothers. This will require creative and long-term financial planning on the part of Catholic institutions, but given that it’s one of the biggest obstacles to recruiting and retaining talented Catholic women in the workplace, the return on investment will likely be significant.

— Facilitate opportunities for young Catholic women to meet lay and religious women leaders. In many places in the U.S., women hold leadership positions in organizations like Catholic Charities, in Catholic hospitals, as school principals and superintendents, in religious orders, and in the fields of communications, finance and law.

In my experience working with young women, many simply don’t realize the diverse ways that they can put their gifts and talents at the service of the church’s mission. Offering meet and greets can stir their hearts to pursue paths they hadn’t previously known were open to them.

— Identify and recruit young women with leadership potential and provide them with human and professional formation to strengthen their gifts. Spiritual and theological formation are non-negotiables for those working for the church. But so, too, is the cultivation of a wide-ranging skill set that can be applied across different fields, one that includes effective communication, management techniques, conflict resolution, goal-setting and time management.

One way to provide this support to emerging leaders is through mentor relationships, which might take the form of apprenticeships or internships, or one-on-one coaching sessions so that women are poised for success.

Investing in young women leaders is a win-win for the church. It’s a proactive strategy that will meet coming challenges, and it’s a response to the Holy Spirit’s prompting for a deeper understanding of how women can make God more visible in the world.

PREVIOUS: Jury still out on Medjugorje, but it’s a place of prayer, grace

NEXT: Women are essential to the future of a vibrant church