Parish finds its own identity helping others gain theirs 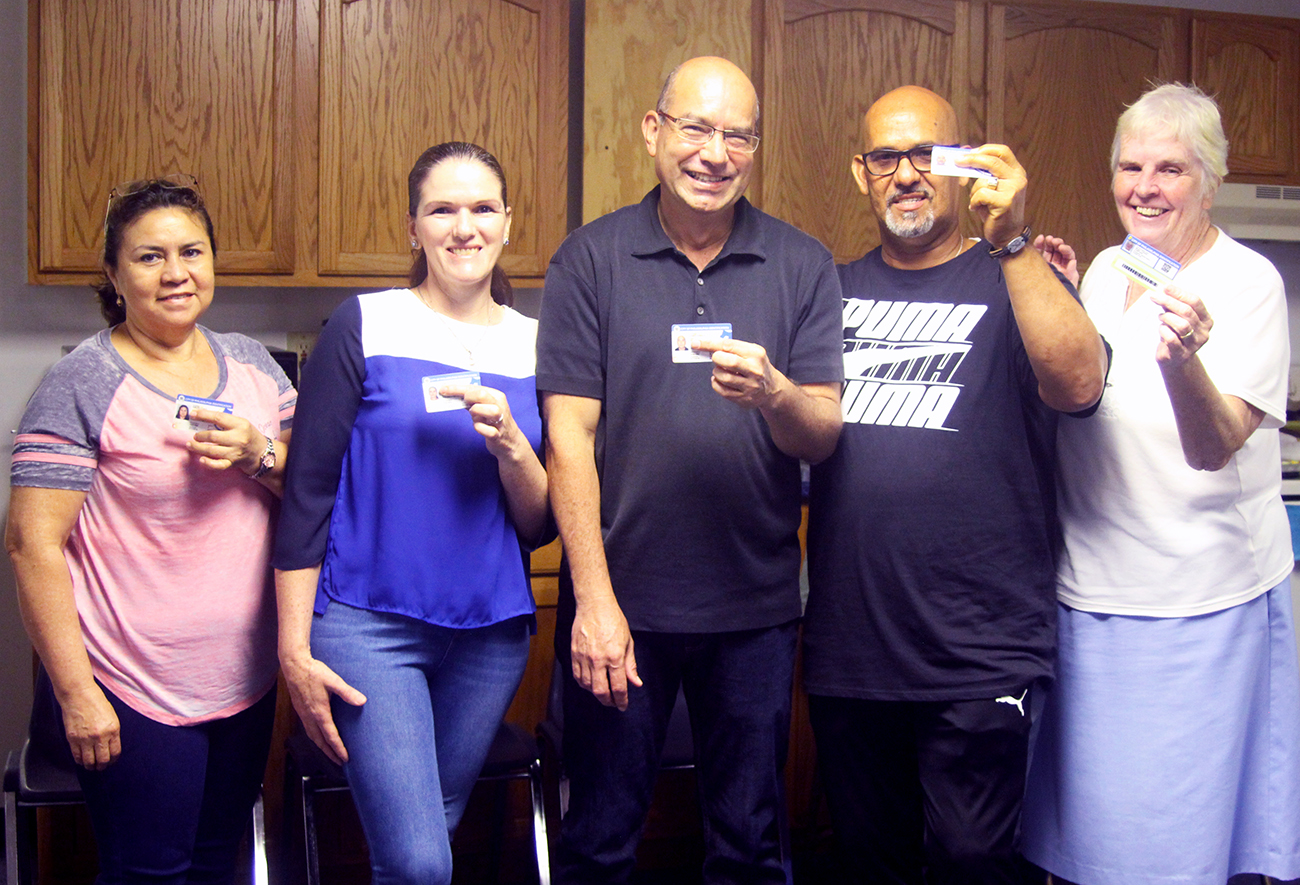 Over the past four months, some 200 individuals have received their PHL City ID cards at St. William Parish.

Issued by the City of Philadelphia, each card includes the bearer’s name, address, date of birth and gender, along with a unique identification number and an expiration date. Emergency contact information and medical condition alerts may be added if space permits. The cards can be used for interactions with city agencies, municipal facilities and law enforcement, as well as a type of secondary identification.

In addition, PHL cardholders (who must be at least age 13) have access to benefits and discounts with museums and cultural institutions, entertainment venues, area businesses, healthcare providers and sports teams.

But for many recipients, the main benefit is peace of mind, said St. William parishioner Yajaira Alcantara, who helped to coordinate two recent card application sessions at that church.

That’s because the PHL cards, which were launched in April 2019, are designed to be broadly accessible, especially to vulnerable and marginalized groups — such as undocumented immigrants and those experiencing homelessness — for whom obtaining an identity card can prove challenging, or even impossible.

The city accepts a wide range of documents accepted as proof of identity and residency, while charging a modest fee for the cards ($5 for teens, $10 for adults; the fee is waived for those age 65 and older). As a result, said Alcantara, many individuals can now gain a form of identification that helps to empower them financially.

Speaking in Spanish, Alcantara observed that without sufficient identification, “many immigrants don’t have an opportunity to open a bank account, and instead keep their money at home.”

Since that practice is known in the community, said Alcantara, “they can easily become victims of theft or robbery.”

Undocumented individuals, a majority of whom have fled conflict and poverty in their countries of origin, can apply for the PHL card without fear of reprisal from immigration authorities. The city only retains the name of the cardholder, card number and date of issue in its records, as part of a plan to protect immigrant communities while providing them with a needed form of identification.

“Philadelphia definitely learned from other cities, such as New York,” said Sister Rose Patrice Kuhn, I.H.M., who directs St. William’s Hispanic ministry. “Here, if immigration authorities try to access the records, there are none to give them. So it’s a safe form of identification, and they know that no one is going to come looking for them if they apply for it.”

Nelson Alva, who also helped to coordinate the PHL card sessions at St. William, said that offering the service through the parish was a form of evangelization.

“The church lives within the community, and if we don’t try to help the community, people will not know how much God loves them,” said Alva, speaking in Spanish. “We are here to lead others to a better life.”

Alva said that when faith communities fail to assist the vulnerable in their midst, “people are left to feel defenseless, and they ask, ‘Where will I take refuge?’”

He added that he and his fellow parishioners are working to prove that “St. William stands with open arms to assist those in need, to proclaim that followers of Christ serve others in this society.”