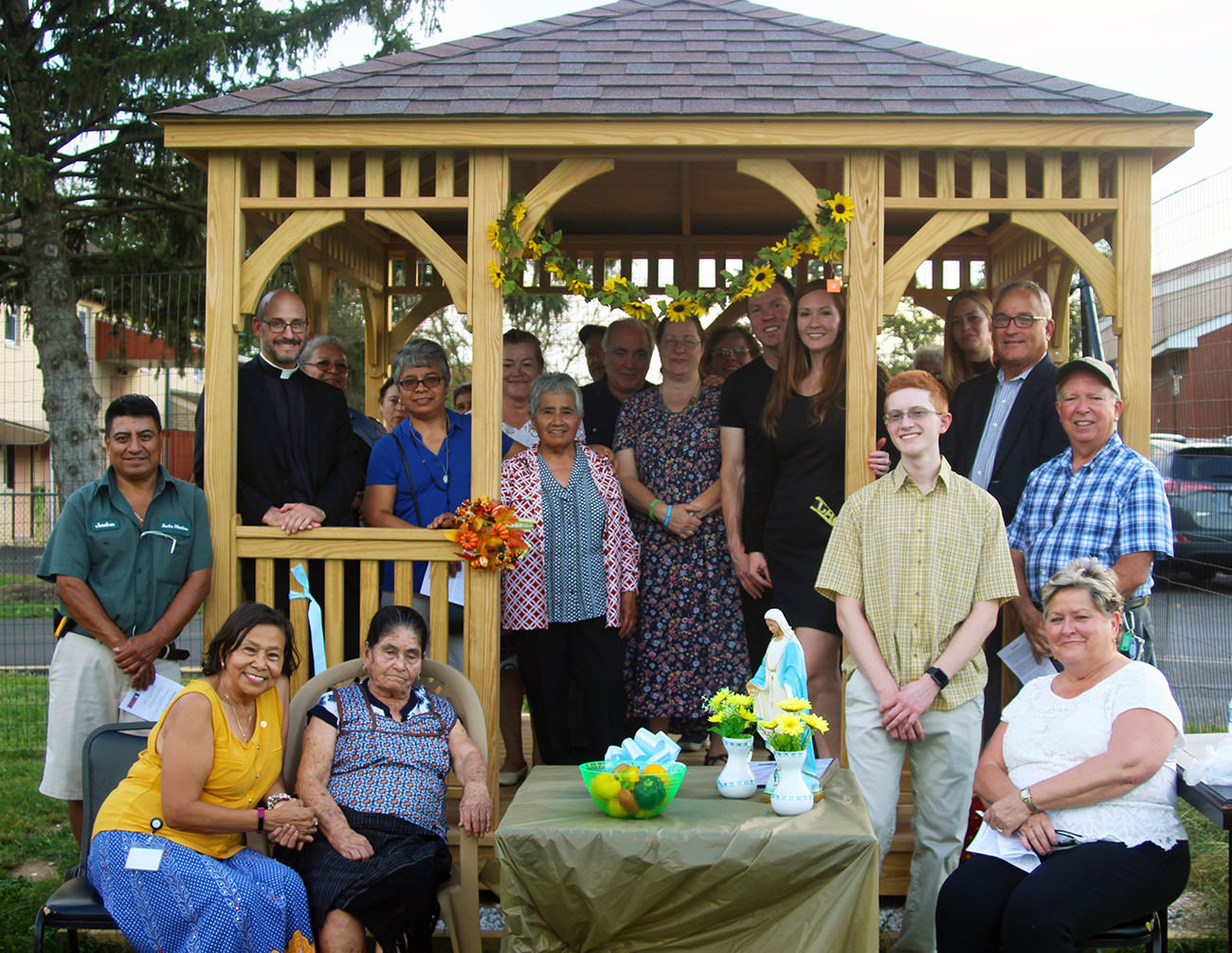 A new community garden in Bensalem has yielded its first harvest, and participants are marveling at the deep roots both the plants and the project have put forth.

“This is really a gift from God,” said gardener Jerry Capie, surveying the 22 acres that he used to mow while still a parishioner at Our Lady of Fatima.

Just as soil, seed, sun and water combine to form crops, several key partnerships have made the project possible. Archdiocesan Catholic Social Services (CSS), which operates its Fatima Catholic Outreach Center (a Catholic Charities Appeal beneficiary) on the site, teamed up with St. Charles Borromeo and the Pennsylvania Horticultural Society to develop the garden.

Additional funding was provided by archdiocesan Nutritional Development Services and by CSS board member Jacqueline Delaney and her husband Jim.

The list of supporters continues to grow, with Joseph White, CEO of Thomas Edison Electric, donating a new gazebo that was blessed at an Oct. 2 gathering.

Some 25 gardeners and friends joined Father Philip Forlano, pastor of St. Charles Borromeo, as he reflected in both English and Spanish on how “the harvest brings joy.”

“It’s not just about working the land, but sharing the fruits of that labor,” he said.

White donated the gazebo to encourage such sharing. Over coffee with CSS administrator Estela Reyes-Bugg, who spearheaded the community garden, he proposed “finding a way to allow people to rest, congregate, worship and synergize” while nurturing their crops.

After obtaining a quote for the structure, White — who with his staff also installed high intensity LED lighting to allow gardeners to work after dusk — decided to cover the cost.

The gazebo will provide a shelter in which gardeners can pray the rosary, a devotion particularly beloved by the project’s numerous Latino Catholic participants.

“We pray the rosary quite a bit in this garden, especially because of the many blessings God gives through it,” said Maria Lopez, speaking in Spanish. “And we share those blessings with all.”

In addition to its spiritual impact, prayer has had a practical effect on the garden.

“Early in the season, we had a weekend when a lot of us couldn’t get to the garden to water it,” said Ann Marie Madrigale, a catechist at St. Charles Borromeo and vice president of the garden association. “I said, ‘Lord, you really need to make it rain.’ And it did — for a whole week afterward. I found out later that other people had said the same prayer.”

After the blessing, James Amato, secretary for archdiocesan Catholic Human Services, confessed that he was “amazed at the progress” of the garden and the Fatima site, which had “started as a seed, a small center.”

White added that projects with humble beginnings have a sure future if participants simply “tap their hearts for direction.”