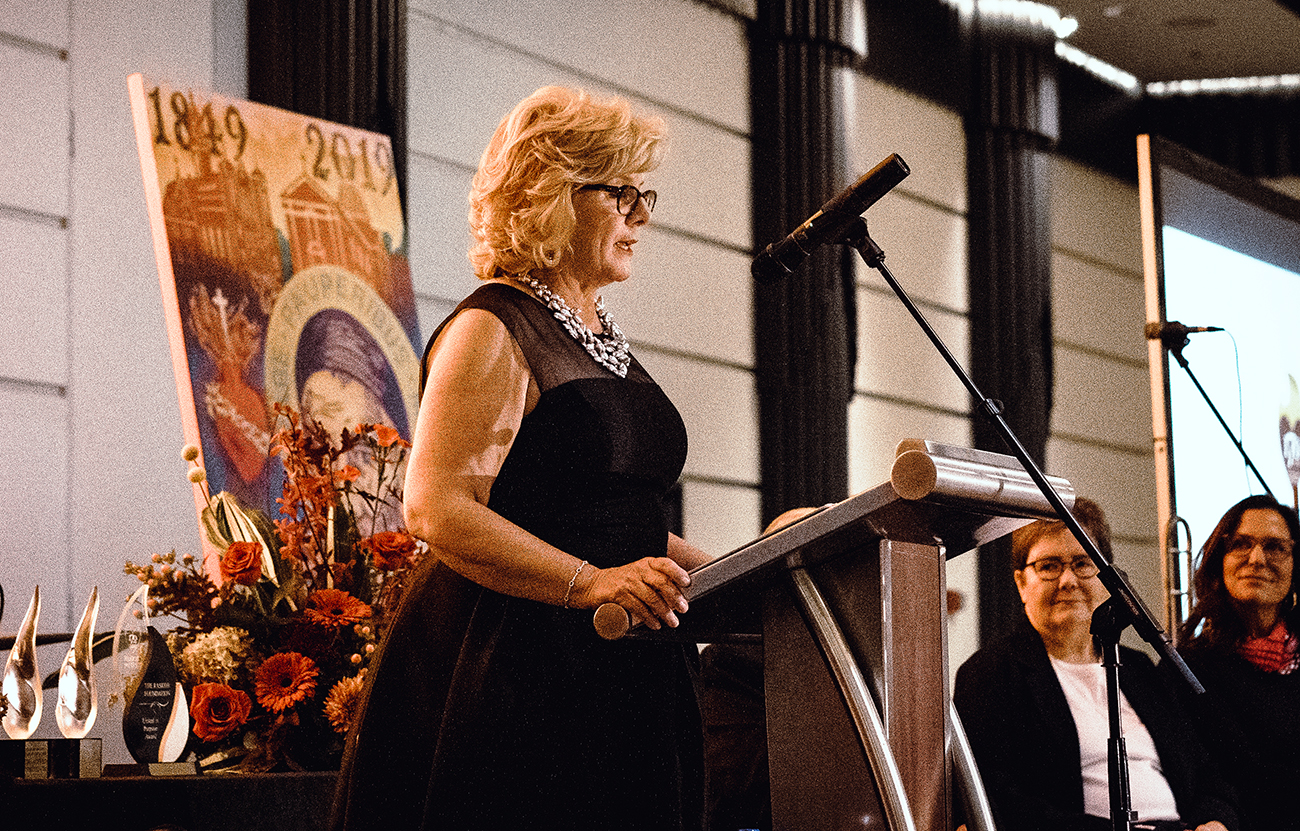 More than 350 supporters celebrated the the 170th anniversary of the Vincentians in the city and throughout the eastern United States with an Oct. 10 gala at the Loews Hotel Philadelphia.

Proceeds from the “Hearts on Fire” event will be used to support the charitable works of the Vincentians of the Eastern Province, which include the Central Association of the Miraculous Medal (CAMM) Shrine in the city’s Germantown section and various ministries that support the poor and marginalized.

“We are proud to have gathered so many supporters and members of the Vincentian community from throughout the Eastern Province in celebration of the legacy of the Vincentian Priests and Brothers and in support of the continued success of their mission,” said CAMM CEO Mary Jo Timlin-Hoag.

The Congregation of the Mission, also known as the Vincentians, was founded 400 years ago by St. Vincent de Paul to serve the poor and abandoned. The Vincentians opened their first parish in Philadelphia in 1849, and working from a missionary center there, have continued to spread their mission across the eastern coast of the U.S., Alabama and Panama through ministry to the poor and the establishment of parishes.

The gala honored the Raskob Foundation, Brother Alfred Smith, C.M., and the Daughters of Charity for their service and dedication to the Vincentian mission.

In addition to fostering devotion to Mary through regular novenas and conferences, CAMM also supports programs that assist the poor, the formation and education of seminarians, and care to the aged and infirm priests and brothers of the Vincentians’ Eastern Province.