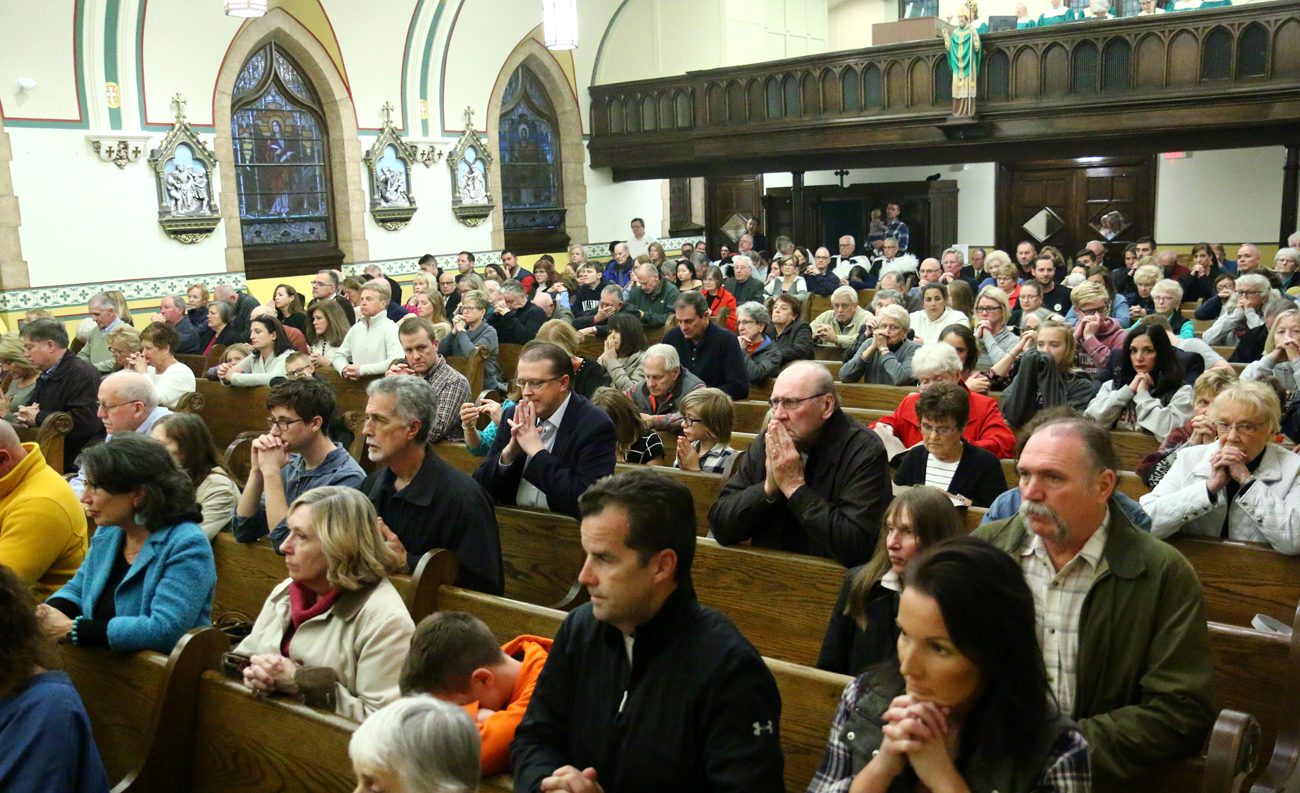 St. Patrick Parish in Kennett Square, where Archbishop Charles Chaput celebrated the 5 p.m. Mass on Nov. 2 as part of the parish’s 150th anniversary year, can really trace its roots further than that.

Originally the area on the southern edge of Chester County was visited by priests from 12 miles away in Wilmington, Delaware, when that entire state was still part of the Philadelphia Diocese.

After the Diocese of Wilmington was established in 1868, there was a need to find a parish still within the Archdiocese of Philadelphia reasonably close that could send priests to celebrate Mass for the relatively small, mostly Irish Catholic, community centered around Kennett Square.

At first priests from came from St. Thomas the Apostle Church in Glen Mills, but it was soon decided to establish a parish in Kennett Square with Father John Wall as the first pastor.

Because of the ethnicity of the founding parishioners it was a no-brainer that it should be named for St. Patrick. To give an idea how rural it was, the parish covered 60 square miles.

(See a photo gallery from the 150th anniversary Mass.)

Anne Williams traces her family’s arrival from Ireland to America to around 1865, and although her great grandparents settled in Kennett Square, most of the men worked in the powder mills in Delaware.

Visiting priests would celebrate Mass in family homes and “the first Mass was celebrated in the living room of my great grandmother, Hannah DeWire,” Williams said. 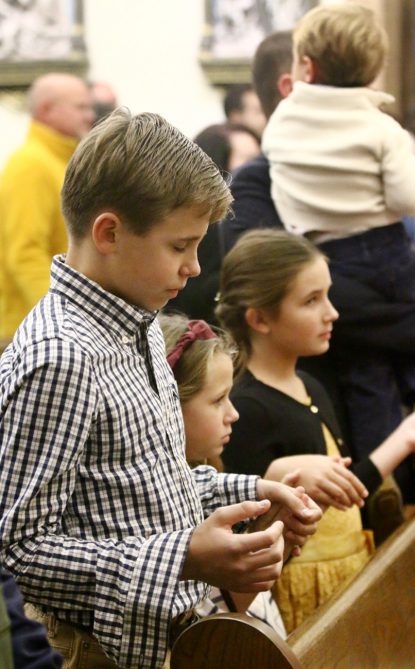 “First a wooden church was built; the people built it themselves,” she said. The first Mass was celebrated on Christmas Day, 1869.

Then a generation later a permanent church was planned. “My grandfather was part of the building committee,” she said. “We were a minority, but we raised the funds to do it.”

Built in 1907 and still in use today, the church was modest in size, with an estimated seating capacity of 400, but quite beautiful. It was recently renovated but has kept its original style including the irreplaceable stained glass windows imported from Germany.

Meanwhile the ethnic makeup of the parish began to change with arrival of Italian immigrants. “They were growing roses then they started the mushroom industry,” explained Father Christopher Rogers, St. Patrick’s pastor.

More recently Hispanics arrived, and they were at first served by Mision Santa Maria Madre de Dios in nearby Avondale and now by St. Rocco Parish, which is a designated Hispanic parish.

While St. Patrick Parish had a school founded in 1918 and conducted by the Sisters of St. Joseph, that closed in 2012. But the parish still has many youth programs, the pastor said.

“We have a beautiful church and we have made it more beautiful,” he said. “We have many activities and we are reaching out to young people and meeting the needs of the people.”

Father Rogers is optimistic for the future of the parish. “Our baptisms are holding up and we are in a prime zone for growth,” he said. “Our church is a small church but really beautiful and you feel part of it.”

Douglas Singo, a member of the parish finance council, wasn’t born in St. Patrick Parish but was raised in it.

“For me walking down to the church, the parish was an extension of my home,” he said. “Going to the rectory where I worked at nights was like going home.”

His opinion hasn’t changed over the years as he worked with three pastors, and he admired them all.

“Father Rogers has done an amazing job bringing energy to the parish on every level,” Singo said. “In his homilies he absolutely does the job in spreading the Gospel and meeting people where they are in life.”

Over the years Singo has seen changes — the church was renovated several times and new people have moved into the area — but the essentials have not changed. “I think it is the most fabulous parish in the diocese,” he said. “It’s absolutely doing well, and that is not only from a financial perspective.” 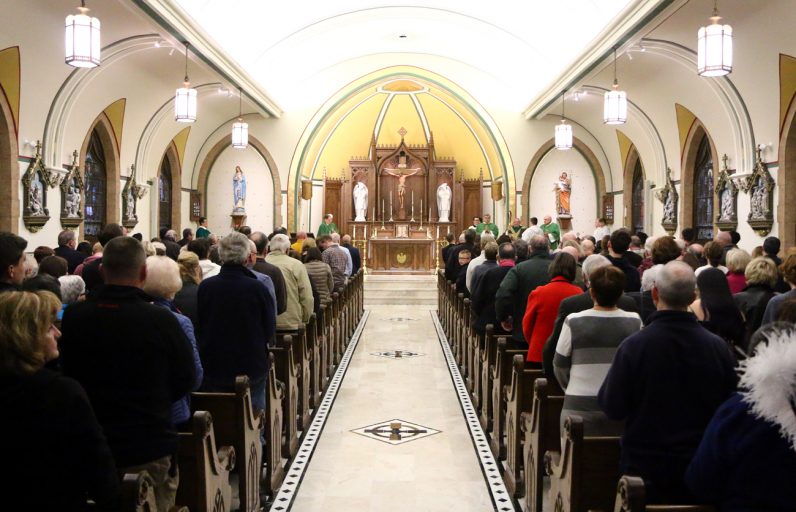