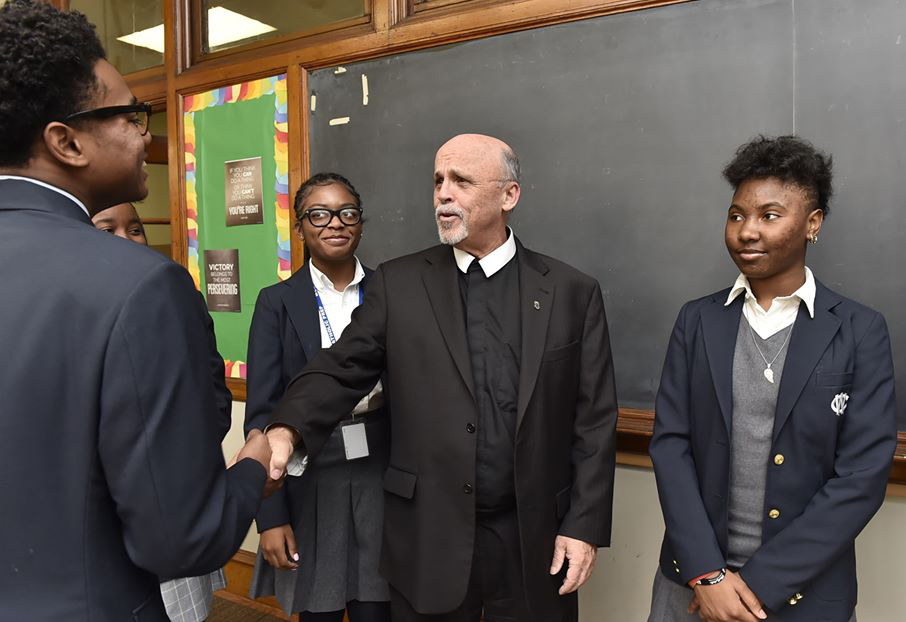 A West Catholic alumnus recently returned to his alma mater, representing a religious order founded by the patron saint of teachers.

Brother Robert, who grew up in Southwest Philadelphia, is now the superior general of the worldwide Institute of the Brothers of the Christian Schools, headquartered in Rome.

As such, he is the 27th successor of St. John Baptist de La Salle, who founded the order in 17th-century France to provide education and spiritual formation to the impoverished. Through a network of schools, De La Salle and his fellow religious instructed both students and teachers, integrated religious and secular coursework, and involved parents in their children’s education.

Brother Robert’s visit coincided with the 300th anniversary of St. John Baptist de La Salle’s passing and the 10-year anniversary of the formation of the order’s District of Eastern North America (DENA). DENA is community of over 250 Brothers of the Christian Schools and more than 5,000 Lasallian partners and associates, who together sponsor and operate more than 30 ministries in the northeast region of the United States and Toronto, Canada.

Joining Brother Robert on his West Catholic visit were Philadelphia Auxiliary Bishop Michael Fitzgerald, who oversees the archdiocesan Office for Catholic Education, and Irene Horstmann Hannan, CEO of the Faith in the Future Foundation, an independent nonprofit that manages 17 archdiocesan high schools, including West Catholic, and four schools of special education.

NEXT: Kids and teachers join in prayer, holiday meal