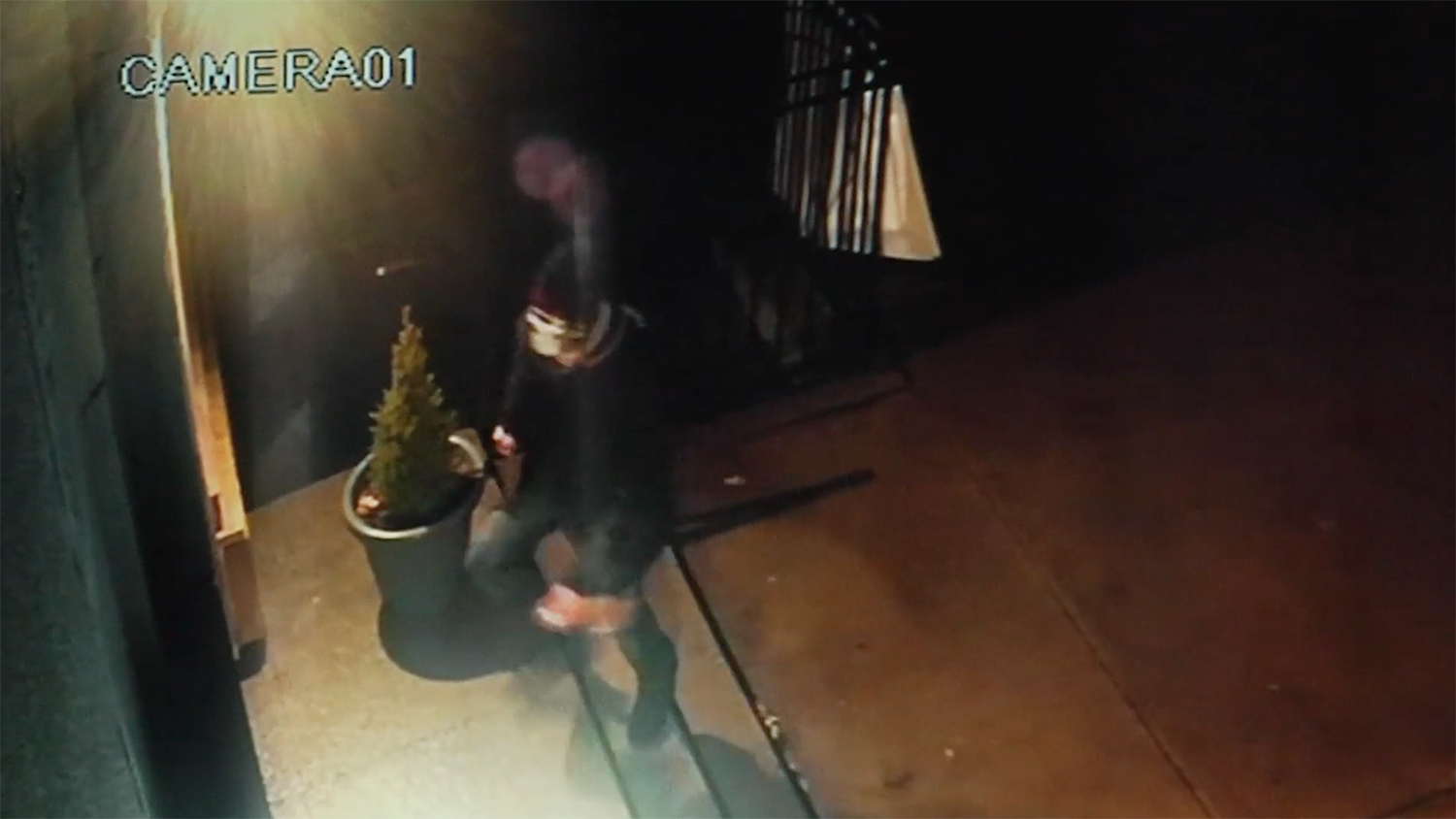 This video frame grab is from a video clip released Jan. 14, 2020, by the Diocese of Brooklyn, N.Y., showing someone spray-painting “MS-13” and “MS” on both Sacred Heart of Jesus Catholic Church and Catholic Academy in the Bayside section of Queens Jan. 12. (CNS photo/Currents News/NET-TV via Diocese of Brooklyn)

NEW YORK (CNS) — Gang graffiti ascribed to the notorious MS-13 gang was spotted on both Sacred Heart of Jesus Church and the parish school in the New York city borough of Queens, which is in the Diocese of Brooklyn.

“MS-13” was scrawled on the church walls near the main entrance, and “MS” was tagged on the school doors of Sacred Heart of Jesus Catholic Academy.

The tagging was apparently done during the early morning hours of Jan. 12. The New York Police Department’s 111th Precinct and the Hate Crimes Task Force are investigating.

“My initial reaction when I heard about the vandalism was that I didn’t know what to expect. I thought maybe windows were broken or our Nativity had been vandalized and so in a sense, I was relieved that the damage to the church was not more significant,” said a Jan. 14 statement from Msgr. Thomas Machalski, pastor.

“To the perpetrator, I would encourage them to find something more constructive to do with their time and energy, because the time they wasted on doing something like this, could be spent doing something good,” Msgr. Machalski added.

MS-13 is short for Mara Salvatruccha 13. The name’s origins are the subject of some debate. The word “Mara” means “gang” in the Caliche language; some say “Salvatrucha” is a combination of “Salvadoran” and “trucha,” a Caliche word for being alert.

The gang was formed in the 1980s in Los Angeles — on 13th Street — by exiled Salvadorans seeking to protect one another from other L.A. gangs. Many of its members, and its victims, are minors; members today include Mexicans and Guatemalans, Hondurans and other Central Americans.

MS-13 has been particularly active on Long Island. The New York City boroughs of Brooklyn and Queens are on the western part of Long Island and constitute the Brooklyn Diocese; the rest of Long Island is in the Diocese of Rockville Centre.

A 2017 article in The New York Times had police attributing 17 murders committed on Long Island by MS-13 members in just a four-month period in 2016.

In December, a 23-month investigation by the Suffolk County District Attorney resulted in the arrests of nine leaders and 45 members of MS-13 on Long Island, plus 19 drug dealers. Another 23 MS-13 members were arrested elsewhere in New York state, and 134 more in El Salvador.