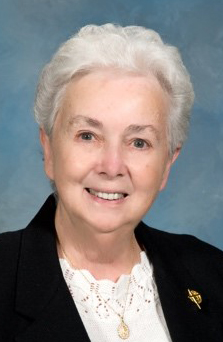 The daughter of the late Richard and Mary LaHart, she attended St. Gregory School and West Catholic High School in Philadelphia.

In September 1951 she entered the Sisters of St. Joseph, Chestnut Hill, and professed her final vows in 1959.

Sister Anne ministered in the archdioceses of Philadelphia and Baltimore, and the Diocese of Trenton.

She was the sister of the late Msgr. Richard LaHart, Edward LaHart, Mary LaHart and sister-in-law of Teresa LaHart. She is survived by nephews, grandnieces, grandnephews and members of her congregation, the Sisters of St. Joseph.

The funeral Mass was celebrated Jan. 3 at St. Joseph Villa.