Take time for silent prayer in a noisy world

Archbishop Perez’s pastoral message on the season of Lent 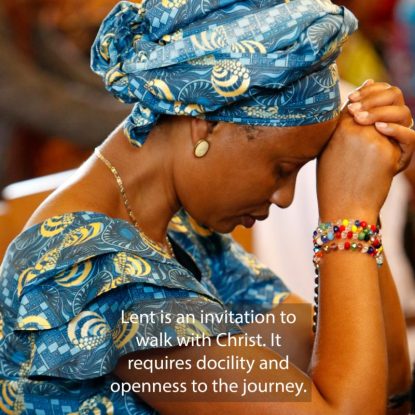 The most panic-inducing question I’ve ever encountered as a Catholic is the inevitable: “What are you giving up for Lent?”

As an indecisive procrastinator, the days leading up to Ash Wednesday are filled with growing anxiety as I struggle to decide on a Lenten penance.

Finally, in the late evening hours of Fat Tuesday, the pressure reaches a maximum and I throw up my hands in defeat: “Fine, I’ll just give up chocolate.”

While I’m not good at deciding on things to give up, choosing prayer as Lenten practice has usually gone very well for me.

For example, there have been years when I’ve taken on the practice of praying Psalm 51 each day. It’s short enough to do well, and it’s deep enough to change your heart.

I’ve always found the Stations of the Cross to be moving as well, especially in a packed church on a Friday night.

There was one year, though, when prayer didn’t go so well for me. It was, in fact, a spectacular failure.

That particular year, I was working full time and volunteering on the side. My schedule had gotten too full and I was depressed. I longed for a sense of being connected and in communion with the Lord. Lent would be the perfect time to start over.

So, not changing a bit of my over-packed schedule, I decided to commit to 30 minutes of prayer with Scripture every evening.

It did not go as I had hoped.

A few times during the first week, I managed to lock myself in a room, open the Bible to a random page and pray with whatever was there. But soon, I began to forget. Sometimes it was so late by the time I found those 30 extra minutes that I gave up and went to sleep.

My depression deepened and left me unable even to go to my beloved Stations of the Cross. I stayed home and made brownies instead — on a Friday in Lent.

Recognizing my Lenten rock bottom, I decided to talk to a priest. He asked several questions to get to the root of what was happening, including, “What are you doing for Lent?”

With Father’s encouragement, I let go of my 30-minute disaster and focused on putting my full will into everything I was doing for the Lord at that time. I prayed for the grace to love my enemies and to be especially kind to those colleagues whose personalities didn’t mix easily with mine.

My work became a prayer, and with that came tremendous grace. I had a new sense of what it meant to be living for Christ and setting my heart in his. My original plan had failed, and yet I found results far beyond my hope.

Lent is an invitation to walk with Christ. Lenten success, therefore, requires docility and openness to the journey. The Lord wants to lead you through the Lenten desert, and he needs you to let go of your own will.

This year, I encourage you to spend some time in prayer before Lent begins. Ask the Lord what you can do to go deeper. Tell him you’ve accepted his invitation and trust him to lead you. Relax and know that even if you fail, he’ll work all things for your good.

Poulos is a freelance writer based in Maryland.

PREVIOUS: Readings of the Holy Mass: First Sunday of Lent

NEXT: Take time for silent prayer in a noisy world