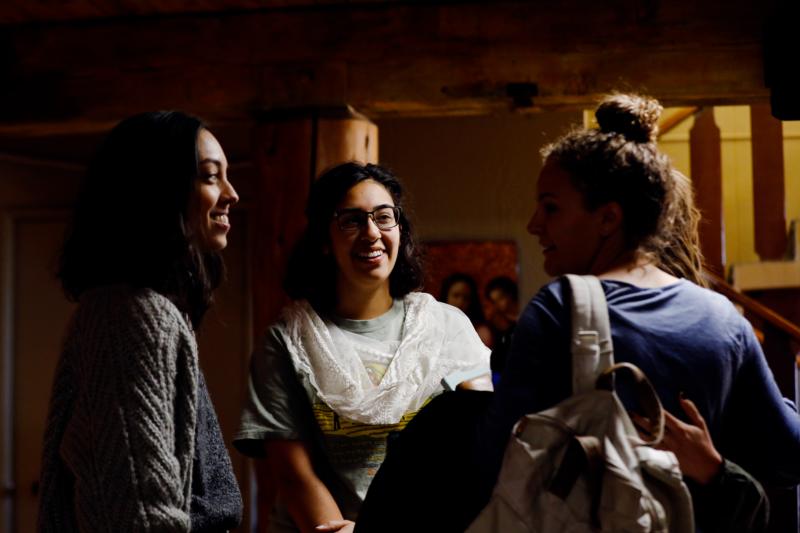 VATICAN CITY (CNS) — Lay men and women live out their Christian calling by sharing the gifts they received from God with others and not keeping them for themselves, Pope Francis said.

In a message to participants at a conference for lay Catholics in Madrid Feb. 14, the pope said that Christians are called “to live the faith, not individually or in isolation but in community, as a people loved and willed by God.”

“To do this, it is essential to be aware that we are part of a Christian community. We are not just another group, nor an NGO, but the family of God gathered around the same Lord,” he said.

The two-day conference, titled “The People of God Going Out,” was sponsored by the Spanish bishop’s conference. According to its website, the event’s goal was “to energize the laity in Spain starting from the leadership and participation of the laity themselves.”

The pope noted that the conference began on the feast day of Sts. Cyril and Methodius, the patron saints of Europe who “promoted a great evangelization in this continent, bringing the message of the Gospel to those who did not know it, making it understandable and close to the people of their time, with a new language and forms.”

“With their ingenuity and their witness, they were able to bring the light and joy of the Gospel to a complex and hostile world,” he said. “The fruit was seen in how many believed and adhered to the faith, forming a community.”

He also said that while deepening their faith through liturgy and prayer, lay men and women are called to “leave behind their comforts” and give others a reason to hope “not with prefabricated answers, but with incarnated and contextualized ones.”

“The missionary mandate is always current and returns to us with the same strength as always, to make the ever-new voice of the Gospel resound in this world in which we live, particularly in this old Europe where the Good News is suffocated by so many voices of death and despair,” the pope said.

Pope Francis called on participants at the conference to preach the Gospel “with passion and joy through Christian witness” and urged them to “avoid at all costs the temptations” facing many laypeople.

Among those temptations, he said, were “clericalism, which is a plague and encloses you in the sacristy, as well as competitiveness and ecclesial careerism, rigidity and negativity, which suffocates what is specific to your call to holiness in today’s world.”

“Do not be afraid to pound the streets, to enter every corner of society, to reach the outskirts of the city, to touch the wounds of our people,” Pope Francis said.

“This is the church of God, which rolls up its sleeves to go out to meet the other without judging or condemning him, but rather reaching out to him to support him, to encourage him or simply to accompany him in his life,” he said.

NEXT: Readings of the Holy Mass: Seventh Sunday in Ordinary Time