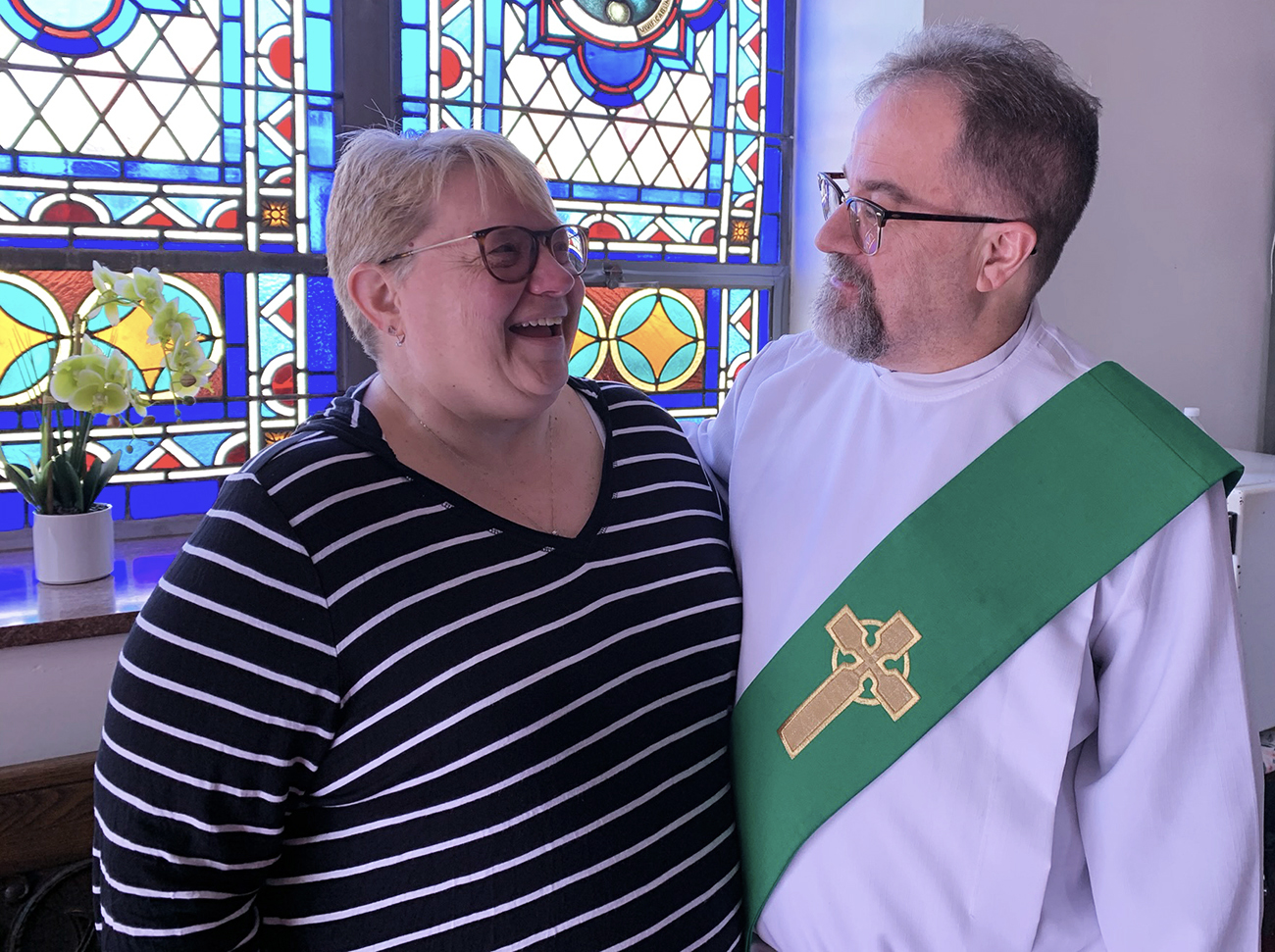 When Archbishop Nelson Perez was installed during a Feb. 18 Mass at the Cathedral Basilica of SS. Peter and Paul, at least one of those in the pews could credit him as a major influence on his own vocation.

“He basically said to me, ‘What are you waiting for? The time is now; you need to do this,’” recalled permanent Deacon Bill Moser of St. William Parish in Philadelphia.

While pastor of that parish from 2002-2009, then-Msgr. Perez sensed that Moser, who teaches theology at Father Judge High School, was called to the permanent diaconate.

Moser and his wife Donna – a fellow Catholic school teacher who heads up the pre-K program at St. Cecilia Parish School – had even attended an information night on the vocation.

“We found out how much involvement the wife had to have, and since our son was in fifth grade at the time, there was no way I could have had that level of commitment,” said Donna. “So I told Bill that he had to wait, and when the time was right, we would know.”

Bill said Archbishop Perez has always “seen in others what he knew they should be,” adding that he “truly felt that the Lord spoke” through his pastor to provide some much-needed confirmation of the path he’d been discerning.

Archbishop Perez wasn’t content with simply offering a few words of encouragement, Moser added. When a work commitment kept Moser from the next available diaconate information session, Archbishop Perez arranged for a private meeting so the educator could move forward with his vocation. 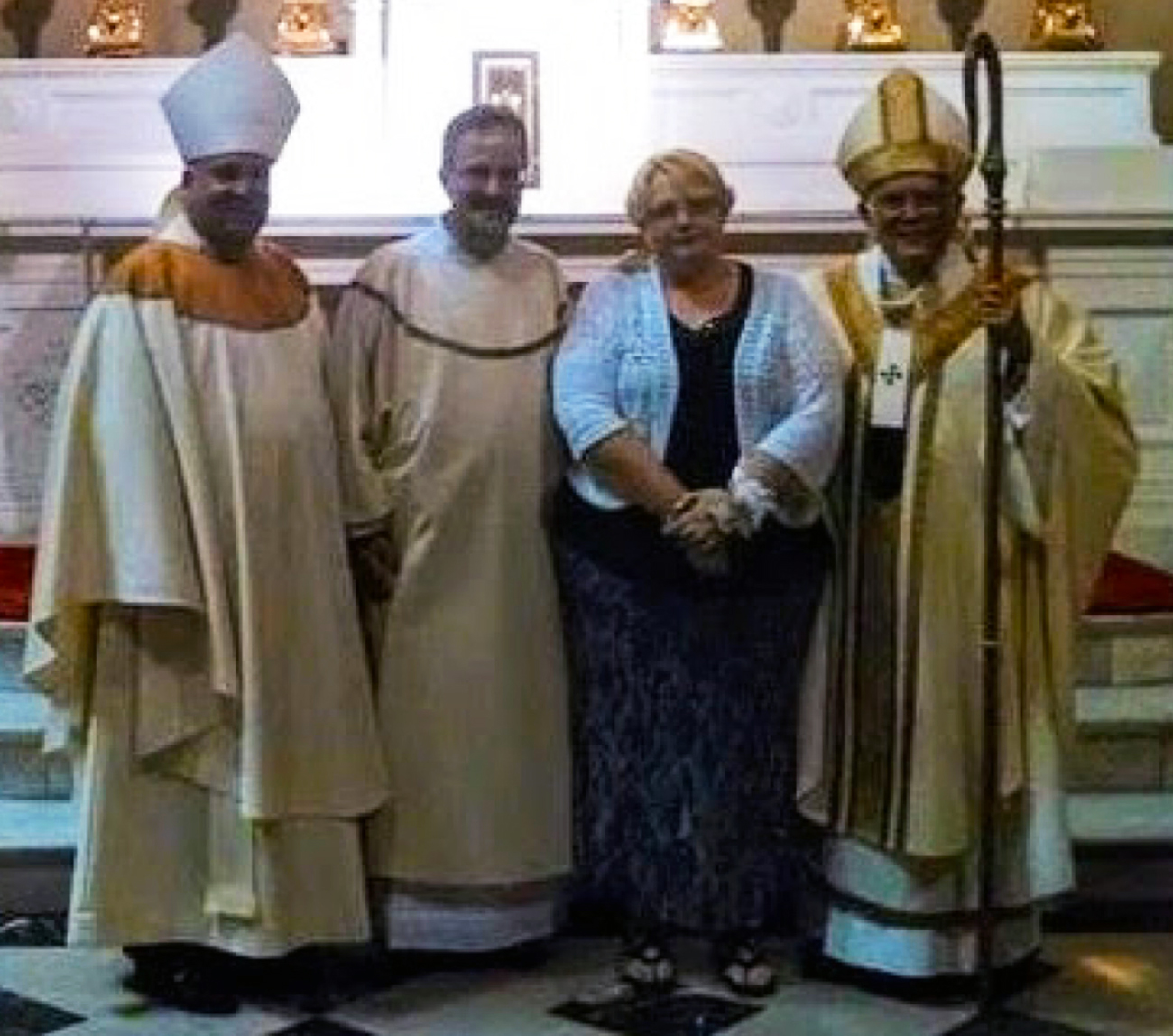 While still auxiliary bishop of the Diocese of Rockville Center (NY), Archbishop Nelson Perez (left) attended the 2014 ordination of Bill Moser (second left) to the permanent diaconate by Archbishop Charles Chaput. Moser and his wife Donna (center) credited Archbishop Perez, who had been their former pastor at St. William Parish in Philadelphia, as instrumental in the vocational process. (Photo courtesy of Donna Moser)

Donna wasn’t surprised by such follow-through. As one of the volunteers for the parish’s Wednesday night bingo gatherings, she was used to seeing the pastor at the games, where he would chat with players and workers.

“And he would make sure that sometime during the year, he took us to dinner, because he was grateful that we were serving the church,” she said. “He was never remiss in showing his gratitude, not just in words, and to have just a speck of that ability is something to aspire to.”

Bill said he would also like to take a page from Archbishop Perez’s homily style, which he described as “unscripted.”

“He’s the only man I ever knew who could walk out, talk to the people, and deliver a homily based on asking them a few questions,” said Moser. “Normally that goes over like a lead balloon, but he could do that, and it was immaculate.”

Part of that success in preaching, said Moser, is down to Archbishop Perez’s “warmth and openness.”

While serving as an auxiliary bishop in Rockville Center, NY, Archbishop Perez drove to Philadelphia for Moser’s 2014 ordination. In January 2019, then-Bishop Perez jumped back in his car to travel from Cleveland to Northeast Philadelphia, where he presided at the opening Mass of St. William’s year-long centennial celebration.

Moser, who says that his vocation has become his life, reflected that the experience of assisting at the parish’s anniversary Mass “was like serving next to a friend.”

“When you walk into the room and he says, ‘Hi Bill, how’s Donna?’, and he knows you like that, it really feels like family,” said Moser.

NEXT: Watch the installation Mass for Archbishop Perez