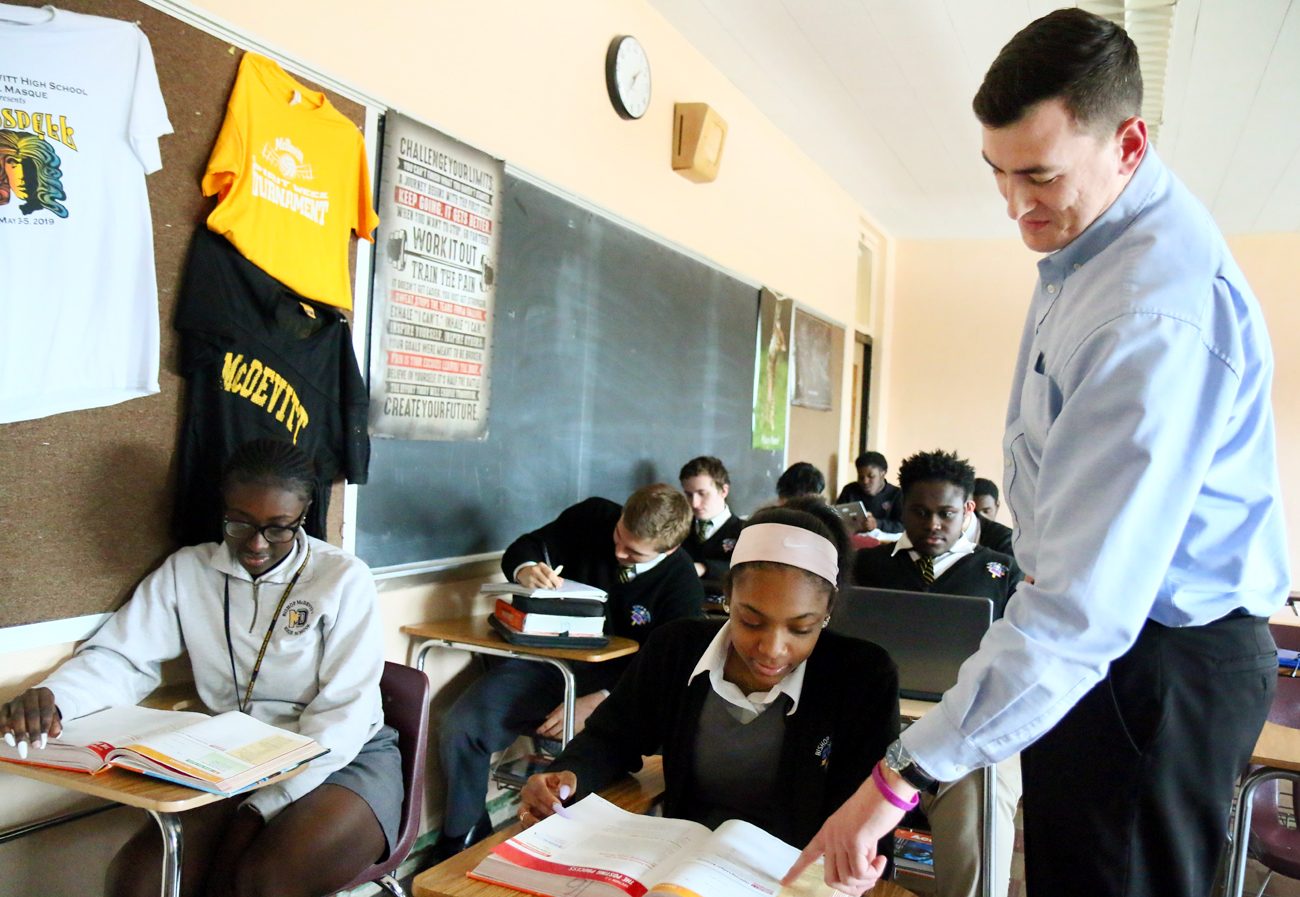 Both teachers found their way into secondary education at the archdiocesan high school after pursuing other professions. Dr. Burdziak was a practicing pediatrician and Newns worked for an investment banking company before both decided to pursue their master’s in education.

They share a common desire to teach, but their paths to McDevitt are anything but cookie-cutter.

Burdziak always had a heart for the Spanish language. After discovering a genuine enjoyment and natural talent for Spanish during her high school years, she decided to attend La Salle University and major in Spanish, French and education. Her goal was to become a language teacher.

While enrolled in college, she took a part-time job as a receptionist and medical assistant in a doctor’s office.

After hearing that students with a Spanish degree could go into nursing, Burdziak decided to make medicine her back-up plan. She explored her options and decided to go to medical school. 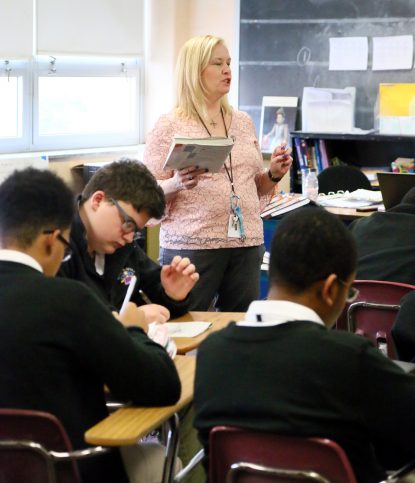 She was accepted to and attended Philadelphia College of Osteopathic Medicine, but said, “I just never felt like I was where I was supposed to be.”

She recalls one incident as an intern, driving to work and at every stoplight thinking, “I’m going to turn around here and go home.”

Despite these feelings, Burdziak became a doctor. She worked hard and enjoyed good relationships with her coworkers and patients, yet something was missing. “I felt like I was successful but I was never happy.”

With the support of her husband, she began looking into new options. She went back to her alma mater, La Salle University, where she received guidance and decided to take up Spanish again. While still working in medicine, she began taking master’s level education classes and thoroughly enjoyed it.

Then life threw a curveball. When her medical employer announced plans to make changes to their medical malpractice insurance, Burdziak decided it was time to make a change.

Leaving her place of employment on good terms, she turned and faced the question of “Now what?”

Although unsure of her next steps, she began looking at different teaching jobs. “I was kind of in a good way lost, because I was exploratory.”

She attended a job fair for prospective teachers by the Archdiocese of Philadelphia, and received calls for two different teaching positions the next day. One of those positions was with Bishop McDevitt High School. She accepted the position, and has been at the school in Wyncote, Montgomery County for 18 years. 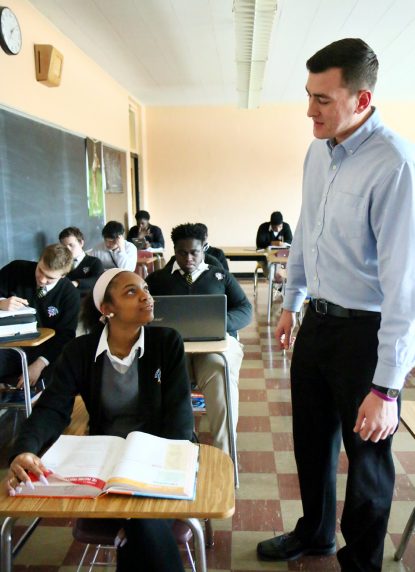 After years of searching, Burdziak is finally happy in her career. “My worst day in teaching is better than my best day in medicine,” she said.

Newns still enjoys business, his original career path, but he pursued the call to be a mentor.

An alumni of Bishop McDevitt, the idea of teaching first crossed his mind in the summer before his senior year at West Chester University. He spent that summer working at the Helen L. Diller Vacation Home for Blind Children in Avalon, N.J. The organization provides free summer camps for visual impaired children.

Describing the experience as “rewarding,” Newns left with a desire to continue to teach and mentor.

After deciding to finish his business degree, Newns worked for an investment banking company for over a year. While he enjoyed this work, he missed social interactions and being able to mentor young people.

This prompted him to leave his job and pursue a master’s degree in education for business and technology. While working toward his degree, he took various long-term substitute teaching jobs in the archdiocese. When he got a call from Bishop McDevitt for a full-time teaching position, he didn’t look back.

Now he shares his love for business as a teacher in McDevitt’s Business, Computers and Informational Technology Department. He also continues to mentor as a football coach and leader for student council.

Despite two offers for full-time teaching positions at other schools, Newns chose to stay at McDevitt. “For me, I really love being in this community,” he said. “Not just McDevitt but the surrounding community as well. It’s great to be back in the community that I started in.”

For students who may also feel an untimely tug toward a new career path, Newns shared this advice: “Don’t count out any options. There’s something to be said for staying committed to the path that you’re on and finishing it out, but keep that other option in mind and do more research,” he said. “If your mind or heart is telling you something, you at least owe it to yourself to look into it and dig a little deeper.”

For Burdziak and Newns, their career is more than a day job. It’s a calling.

“My job as a teacher goes beyond just teaching a skill,” Burdziak said. “Part of my job is to form adults. If my students become fluent (in Spanish), that’s great. If I had an influence on them as a human being, that’s even better.”

Newns shares a similar message with his students at the start of each semester. He tells his students that while they may finish the semester without a desire to pursue business, his main goal is for them “to leave here a better individual.”

“Jesus calls us all to serve,” Newns said. “I try to call them to be … servant leaders. That’s the goal that we look at for society.”

NEXT: Young adults invited for fun, shared prayer in Philly