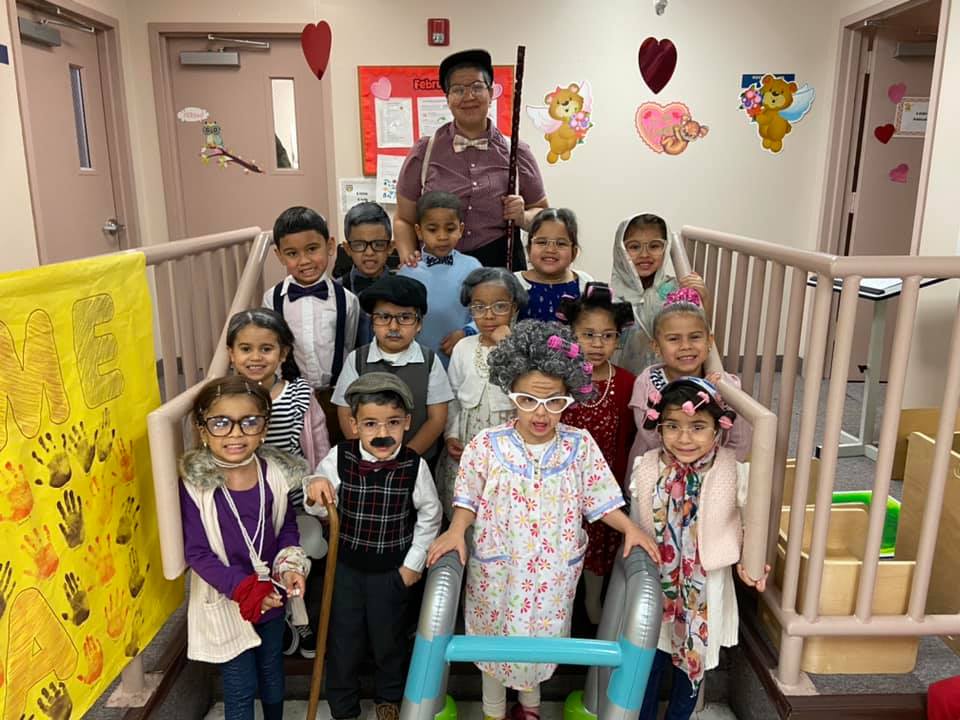 Students and staff from the Casa del Carmen Preschool Academy celebrated their 100th day in the classroom by dressing as if they were 100 years old. Located in North Philadelphia, the school is operated by archdiocesan Catholic Social Services (CSS) as part of its mission to provide comprehensive support to area families. (Photo courtesy of Casa del Carmen Preschool Academy.)

Young learners at Catholic Social Services’ (CSS) Casa del Carmen Preschool Academy recently marked their 100th day of school in style — by dressing up as if they were 100 years old.

On Feb. 7, students and teachers got to show off their best elderly attire as they sported reading glasses, hair curlers, bow ties, gray hair and even an inflatable walker.

The learning center, which has earned top marks from the state’s education department, provides culturally responsive education that prepares kids for kindergarten.

Located in the Philadelphia’s Hunting Park section, the academy is one of the many programs offered through Casa del Carmen, a CSS family service center that has assisted the Latino population of North Philadelphia since 1954.

Like the rest of Casa’s staff, the academy’s teachers are bilingual, and lessons are taught in both English and Spanish.

NEXT: TV Mass continues every Sunday morning on Channel 6