Give God control, and watch the good that happens

As soon as I met Ed Morris, I knew he had something special. He is unabashed about his faith and relationship with God, and enthusiastic about bringing others to God. When Ed is leading a God-centered or prayer-centered event, no one can say no to Ed.

Several years ago, Ed would not have imagined that he would be leading a spiritual program that would draw hundreds of people regularly to honor God through prayer, song and sharing of faith stories.

His Team Hope prayer group, started in March 2018, now includes 800 members and is growing. The group’s Community Prayer and Inspiration Nights are held regularly at St. Norbert Church in Paoli. The next event is Tuesday, April 14 at 7 p.m. and includes music, prayer and inspirational speakers.

Ed always knew that God loves him and acts personally on his behalf. He was born the third of nine children. All the Morris children were raised to know their faith and God’s love at an early age.

Ed’s mother strongly influenced his faith: “My mother was very special,” he said. “She loved God. She suffered a lot. But no matter what her circumstances were, she was the happiest lady in the world.”

Ed remembers this story well: “When I was 12, my mother told us a story. All nine kids were at the table. My mother had been ice-skating with a friend. The friend was skating at the other end of the pond. The ice broke and my mother went under. When she was able to look up, she saw a whole bunch of people and they were all pulling her up. When she got up, no one was there. My mother knows that angels rescued her.”

For any skeptics, Ed added, “My mother loved God so much. She would never even fib.”

Ed knows God acts in his own life as well. “God always takes care of me!” he said. 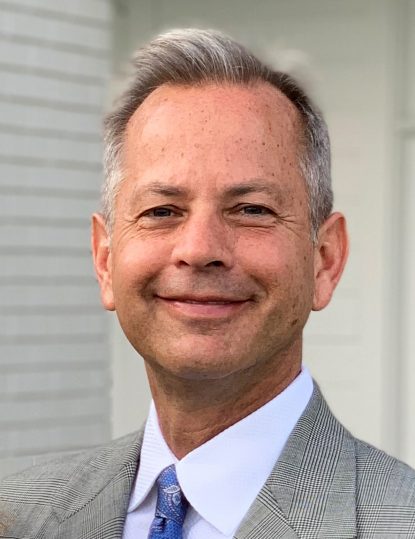 When Ed was facing severe financial struggles, he went through a difficult period of suffering. But he worked hard to surrender and eventually his circumstances turned around. The right people, events, articles, signs, etc., all appeared at the right time. He believes these were not coincidences.

One day, about a year ago, Ed was thinking about a “forgiveness” event he was planning, while he was driving. He suddenly thought of his father who had passed five years prior, and he heard clearly, “Forgive him.”

Ed knew to listen when God spoke. He immediately pulled over. He realized he was still holding on to bitterness and decided to forgive his father right then. When he did, the bitterness was gone. Now, Ed can’t wait to see his dad in heaven.

Another time while his wife was in labor and Ed was parking the car at the hospital, Ed prayed, “God, I am very grateful for my wife and three beautiful daughters. But God, I really want a son this time. I mean it.” Ed heard, “Get in there. You will get your boy.”

Ed and his wife were blessed with a beautiful, healthy baby boy! When Ed returned to his car, he stopped at the exact spot where he talked to God that morning. Ed heard, “How do you like that boy?”

He also heard, “And don’t you ever talk to me that way again.” Ed smiled as he told the story, understanding the unconditional love of the Father.

Ed’s recent work to bring God’s healing love to so many is a huge testament to his openness to the power of God working through him.

Several years ago, Ed’s friend Tony Mullen asked him to get involved in his Flame of Love ministry. Ed always responded, “Tony, I’ll run your golf outings, but I’m not going to go around preaching.”

Two years ago, Tony and Ed’s good friend became gravely ill. Ed told his friends, “We need to have a prayer service for Lefty.” At that time, Ed didn’t even know what a “prayer service” was, but he felt compelled to organize one and he did.

It was so successful, friends asked Ed to organize a second one. Tony Mullen attended. When Tony knelt down and recited the Chaplet of Divine Mercy, everyone was moved and joined him. Two days later, Tony passed away.

Ed and his friends knew to continue the prayer services. Ed just led the 16th Community Prayer and Inspiration Night on Feb. 24.

Ed knows God continues to lead him. “Years ago,” Ed said, “I told Tony I’m not going around preaching in church. Now look at me.” He smiled confidently and added, “God’s in control.”

Thank you to Ed Morris for sharing his inspiring story. Ed is a commercial real estate developer. He, his wife and six children reside in Malvern and are members of St. Norbert Parish in Paoli.

You can join the Team Hope prayer group by contacting Ed at eddiemo@comcast.net. Follow “Team Hope” at www.facebook.com/teamhope12.

Share your faith story. Send contact information to joyofknowing@gmail.com. Help others to experience the joy of knowing God.

Cathy Peacock is a Certified Public Accountant, holds her master’s in theology and is a member of St. Isaac Jogues Parish in Wayne. 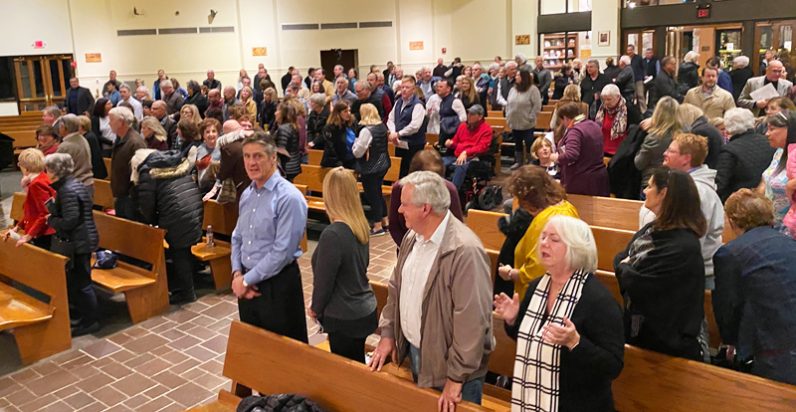 PREVIOUS: Scoring the best seat in the house

NEXT: At life’s pivotal times we hear: Do not be afraid