Past epidemics show today’s action on COVID-19 can work 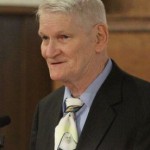 As of this writing, it’s been almost two weeks since the lockdown of Philadelphia along with Pennsylvania and the rest of America began March 13 because of fears of the coronavirus.

Schools have been closed, sporting events cancelled, theaters shuttered, most economic activity halted, gatherings both large and small forbidden and even religious services, including Catholic Masses, have been suspended.

So far, this emerging scourge has infected more than 380,000 people worldwide with more than 16,000 deaths.

China, where it originated, seems to have seen the pandemic’s ebb but nevertheless experienced more than 81,000 infections and 3,270 deaths.

In the United States to date there have been almost 41,000 reported infections and 483 deaths.

Considering the world has approximately 7.8 billion people and a little over 16,000 have died, some have dubbed the coronavirus pandemic as more hype than fact.

But that’s far from true. We don’t know how many would be infected or dead  without preventive measures, and at this point the only effective measure is quarantine because we do not yet have a vaccine to counter coronavirus.

The situation the world faces today has a somewhat recent precedent, only 102 years ago.

In Philadelphia in 1918 a strange new virus popped up that was dubbed Spanish flu, although it probably originated in Asia. Most people weren’t paying much attention to it because the Great War was raging in Europe.

On Sept. 28 about 200,000 people jammed Broad Street to watch a grand parade as a bond-raising war effort.

Three days later all of Philadelphia’s 21 hospitals were jammed and within a week 2,600 were dead from the flu, mostly parade goers. Within a few weeks 12,000 Philadelphians would be dead.

Churches were ordered closed, but many parishes held outdoor Masses. According to an archdiocesan history 2,000 religious sisters served as volunteers nursing in hospitals and makeshift wards in parish halls and schools. Others healed as they could.

Among the volunteer gravediggers were 200 seminarians from St. Charles Borromeo Seminary.

There is no accurate measure of how many people died from that influenza epidemic worldwide but one accepted estimate is 50 million. Curiously, unlike the coronavirus, that pandemic mostly affected young adults, not so much the elderly.

Skip back another century to late summer of 1793 in Philadelphia, which was then the temporary capital of the United States. At that time it was a city of about 45,000 people, mostly living in what today would be considered Old City.

Suddenly there was an outbreak of yellow fever, a rather mysterious disease at the time probably brought in by ships from the Caribbean or refugees from Haiti. It continued until November, but it was really local.

Although it killed more than 5,000 or 10 percent of Philadelphia’s population it would have been even higher if 20,000 residents hadn’t fled to healthier locations. Even the federal government, including President George Washington, left the city because it affected both rich and poor.

No one at the time knew what caused yellow fever although we now know it was mosquito-carried from one victim to another.

If steps had been taken to eliminate the mosquitos by clearing the city of stagnant water that was their breeding ground, the epidemic would have been eased.

Also in that era a prescribed treatment in desperate situations was bleeding the patient, theoretically getting rid of poison in the blood. We now know that simply caused more deaths rather than cured people.

The point is, epidemics have been with us always, and new ones are often around the corner. In cases where we have not yet come up with a cure or a vaccine, quarantining the victims and limiting public events is the only solution.

If that means no ball games, schools, Masses or assemblies of any kind, so be it. The prescription usually does work.

NEXT: As devotion goes digital, church of the present emerges