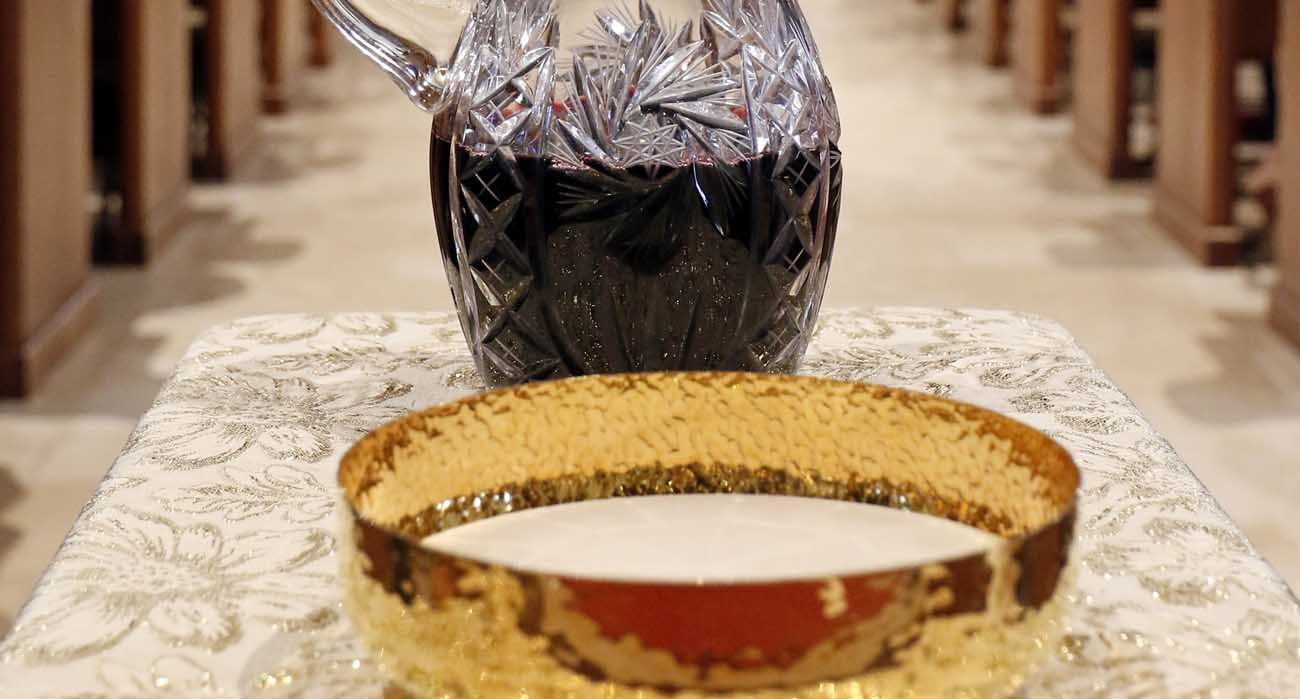 For those accustomed to attending daily Mass, the suspension of public liturgies due to the coronavirus has evoked a mixture of sadness and resignation, but also hope.

“I don’t know how I’m going to be able to face every day without Christ in the Eucharist,” said Karen Lieber, who has attended daily Mass for the past 19 years at St. Cecilia Parish in Philadelphia.

Fellow parishioner James Klepesky said he was “heartbroken and devastated” by the suspension, which took effect at noon March 18 having been announced the day before by Archbishop Nelson Perez.

To date, close to 400,000 worldwide have been infected by the virus, which has killed more than 17,200 across the globe. Pennsylvania Governor Tom Wolf issued a stay-at-home order for several of the state’s counties, including the five within the Philadelphia Archdiocese, effective March 23 at 8 a.m.

While disappointed, many daily Mass attendees appreciate the reasons for the suspension.

Lieber said the inability to participate in person and physically receive holy Communion “will make us more hungry for and appreciative of” the Mass.

She noted that the experience can also serve to foster greater compassion for persecuted Christians. 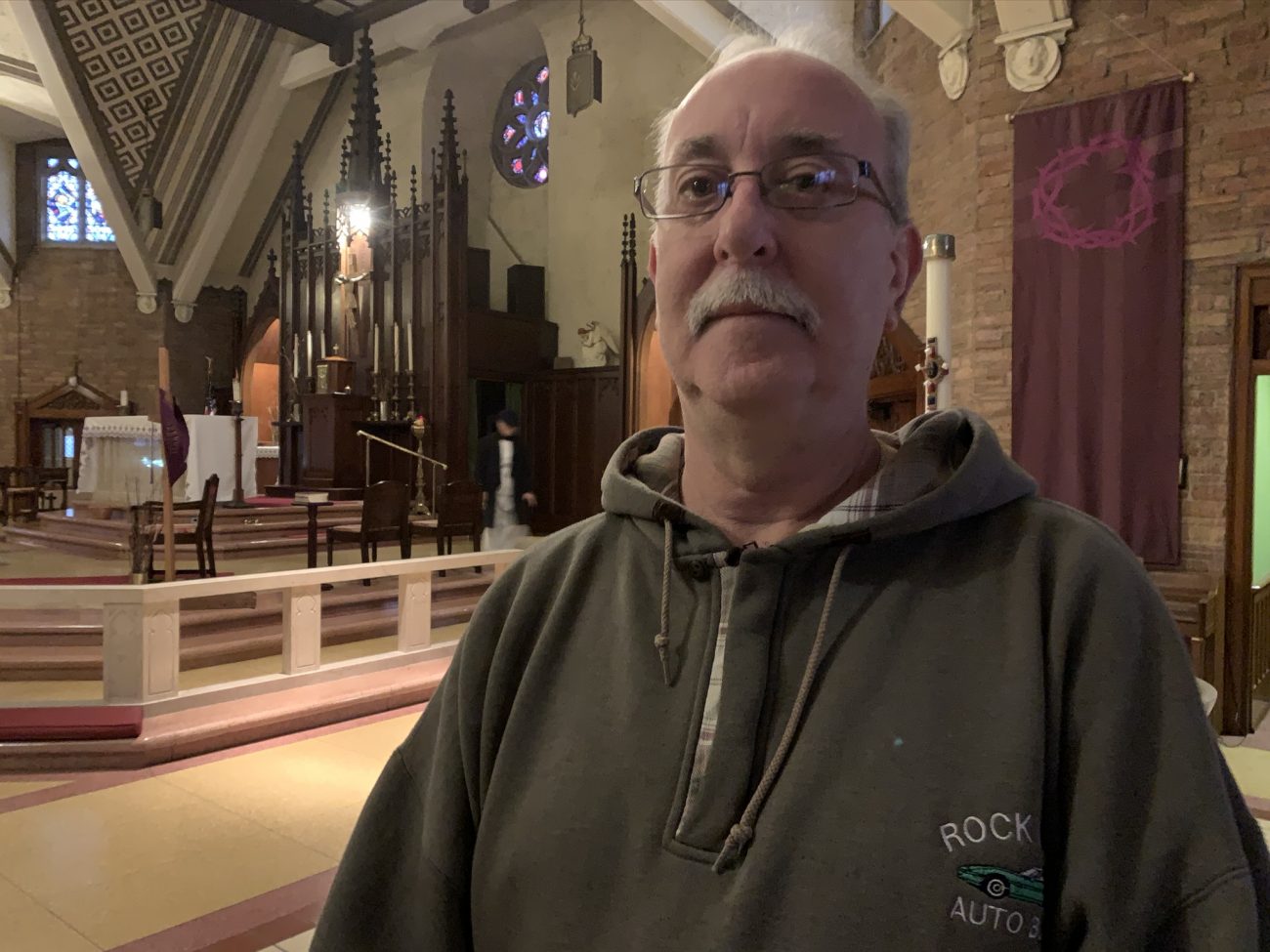 Frank Daly, a member of Holy Innocents Parish in Philadelphia, said that the inability to attend Mass in person due to the coronavirus can help make faithful’s lives “a little bit more Christ-like” through an experience of sacrifice. (Gina Christian)

“Right now we are having a deep sharing in the oppression of Christians throughout the world,” she said. “We have had no real participation in that. We’ve been praying for them, but we’re going to experience that now, that desert time, that dark night of the soul.”

“The term ‘sacrifice of the Mass’ is something we hear about, but we don’t necessarily spend a lot of time dwelling on,” said Father Guckin, who is currently offering morning and night prayer via his parish’s Facebook page. “It’s not simply a matter of what we’re getting at Mass, but about what’s taking place: the eternal sacrifice of Jesus Christ.”

As part of that, he said, faithful Catholics should consider their current “distance from the Eucharist” as a personal sacrifice they can unite with Christ’s own.

Father Guckin also observed that although priests are able to celebrate Mass and receive the Eucharist during the suspension, they themselves are making a sacrifice.

“It’s kind of weird celebrating Mass all by myself,” he said. “I’d much rather be in church with my parishioners. We want the community to be there, and we miss them.” 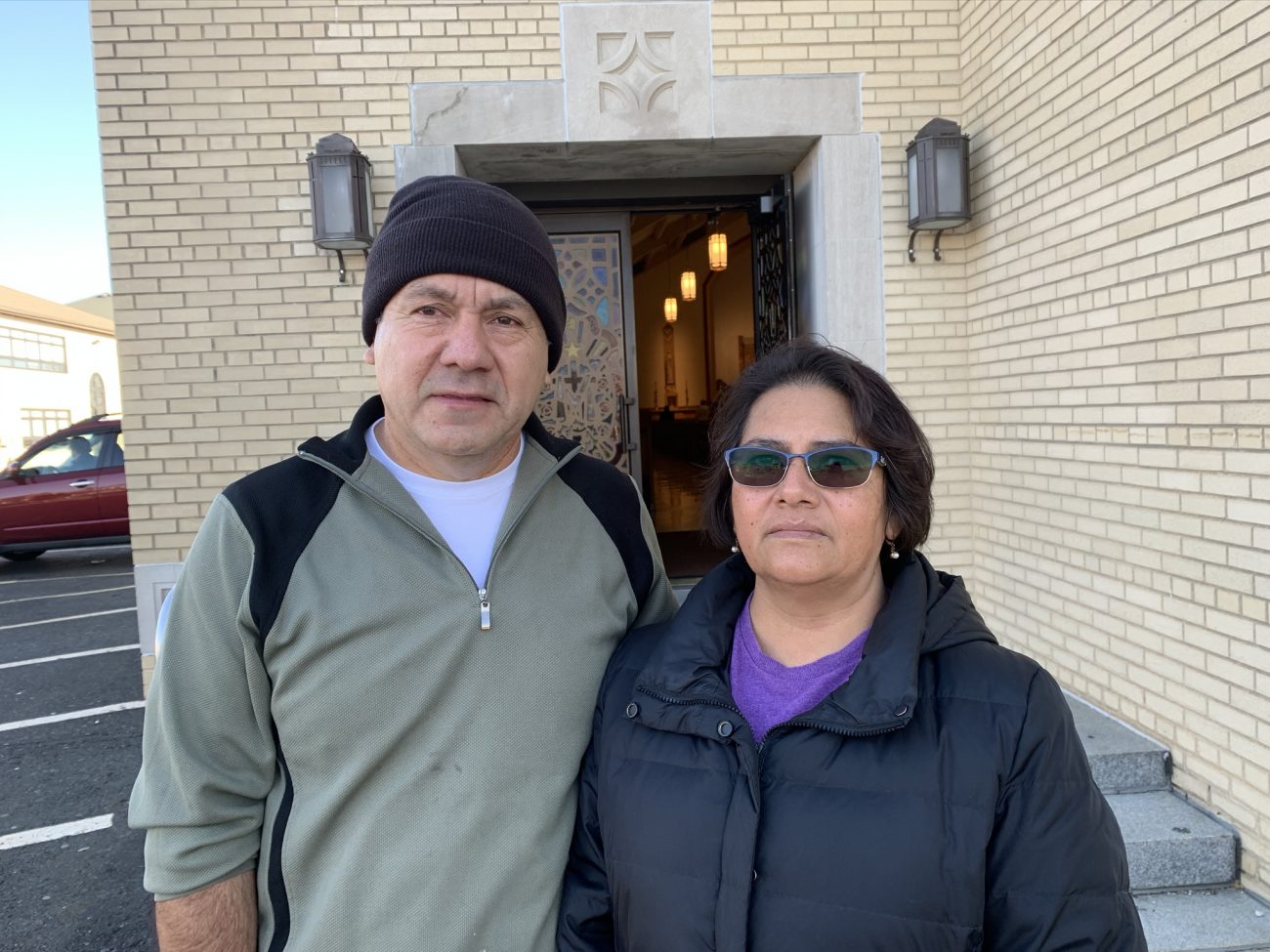 Gus and Beatriz Ramirez of Presentation B.V.M. Parish in Cheltenham regularly attended daily Mass at nearby St. Cecilia Parish in Philadelphia until the suspension of public liturgies due to the coronavirus. The couple plan to rely on prayer and televised Masses until the suspension is lifted. (Gina Christian)

He stressed the need to recall that “there is a distinction and yet a unity between receiving holy Communion and offering the sacrifice of the Mass.”

While most area faithful may not be able to receive holy Communion during the suspension, “the Mass is still being offered, and the merits of the Mass are still being applied to those in need,” said Father Guckin.

In a very real sense, “absence makes the heart grow fonder,” he added.

Until the suspension is lifted, livestreamed and televised Masses, prayers, Scripture reading and spiritual communion are sustaining area parishioners.

“God can do anything, and he can come to us in any way,” said Gus Ramirez of Presentation B.V.M. Parish in Cheltenham.

Lieber agreed, adding that her trust in the Lord remains steadfast amid the pandemic.

“God has a greater good that will come from this,” she said.

NEXT: Archdiocese sets guides for Holy Week with no public Masses