In fight for our environment, make room for mourning 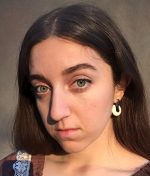 Fifty years ago, people from all walks of life came together and decided to voice their concerns for the earth during the first Earth Day, April 22, 1970. To some, 50 years can be viewed as a long time ago, perhaps even irrelevant.

But we still face the same and similar issues that the generation 50 years ago did: climate change, global warming, deforestation, species extinction and overuse of natural resources, just to name a few.

All of these issues are of paramount concern, but the one that frightens me the most? People choosing to believe these issues don’t plague our planet.

Pope Francis addressed this concern in his encyclical letter Laudato si’ by stating, “Regrettably, many efforts to seek concrete solutions to the environmental crisis have proved ineffective, not only because of powerful opposition but also because of a more general lack of interest. Obstructionist attitudes, even on the part of believers, can range from denial of the problem to indifference, nonchalant resignation or blind confidence in technical solutions. We require a new and universal solidarity.”

Creating a new solidarity does not look like an easy feat when the numbers show the sharp division between Catholics on the issue of climate. According to two researchers, “Eighty percent of Catholic Democrats say that humans are a cause of global warming, while 78 percent of Catholic Republicans say humans are not to blame.”

While some forgo the science, and others simply don’t feel the need to be concerned, there are those who give up the fight all together because caring too much consumes them. The daunting timelines reported by the media of how many years or months our planet has to be saved from complete doom is an overwhelming thought.

The thought that our shared home could be on the brink of chaos and extinction is frightening and depressing. And the fact that it is the fault of the human race makes it all the more terrifying.

However, I think these horrible feelings are part of the process and something to be embraced. Like most processes in life, there should be time for mourning and a time for rest. It is obviously important to put in the work of educating yourself on the issues of climate change, making changes in your day-to-day routine, and volunteering your time and talent to the fight. But acknowledging feelings of despair and sadness is important in order to express ourselves and fuel the passion to continue the fight.

For example, sometimes while I walk around the beautiful campus of Immaculata, I imagine what it would be like if the destructive descriptions that scientists and the media propose came true. If the golden corn fields that greeted me on my drive down Camilla in late summer were barren fields instead. If the quiet creek that passed through the grotto dried up. If the cherry blossom trees that bloomed brilliant hues of pink and white scattered around campus wilted instead.

Saddening, yes? But is it a reality check that gets me impassioned to continue fighting for our planet? Yes it does!

Pope Francis said it best: “Our goal is not to amass information or to satisfy curiosity, but rather to become painfully aware, to dare to turn what is happening to the world into our own personal suffering and thus to discover what each of us can do about it” (Laudato si’, 19)

Gina Rulli is a communications major, Class of 2020, at Immaculata University.

PREVIOUS: The age of renewal has begun

NEXT: A time for the domestic church to flourish