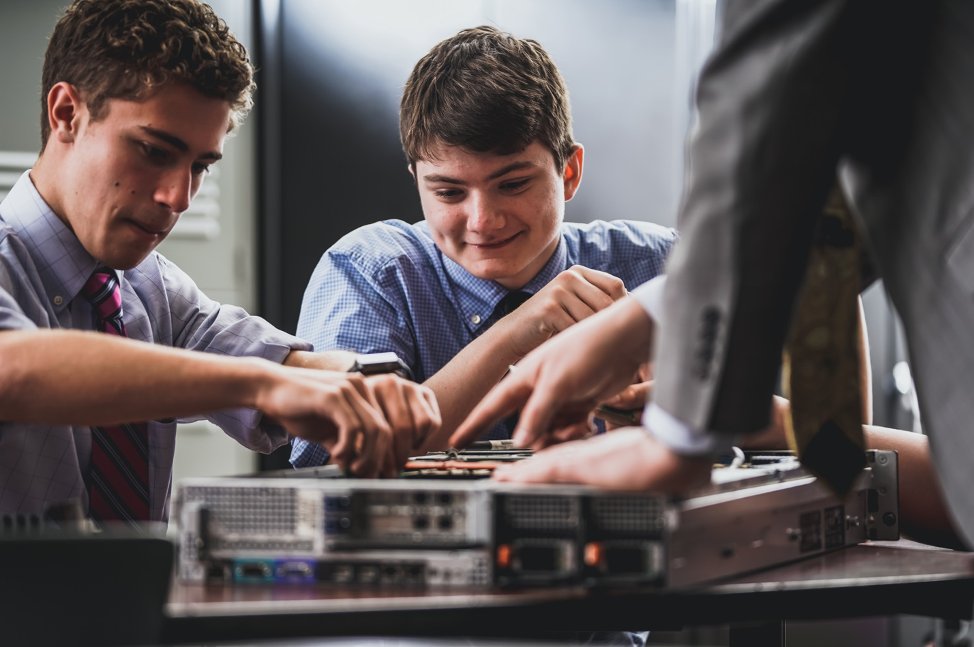 Students at La Salle College High School, Wyndoor, are putting their technology skills to good use in serving the wider community during the coronavirus pandemic.

When La Salle’s campus first closed due to COVID-19 restrictions, the school’s computer equipment sat idle. Thanks to the initiative of some of the school’s top tech students, the school’s server capacity is now being used to help find treatments for COVID-19.

The server capacity is being given to Folding@Home, a nonprofit that donates computer power to medical researchers. According to the organization’s website, the donated computer power runs simulations of protein dynamics, which helps scientists better understand biology and develop therapeutic treatments, and would otherwise be very expensive.

The nonprofit supports research for diseases and viruses like cancer, influenza and Alzheimer’s disease, and is now paying special attention to COVID-19.

Senior Ben Koniers first had the idea to donate La Salle’s computer capacity, after hearing of Folding@Home’s efforts to research the coronavirus. He is the president of La Salle’s Student Lab Manager Program, a highly competitive team of the school’s top tech students who run La Salle’s entire Windows-based network.

After testing the Folding@Home program on his personal laptop, Koniers shared the idea of donating the school’s server capacity with teammates Ryan Keenan and Sean Mitchell.

Keenan was already donating his personal server to Folding@Home, and Mitchell helped validate the program’s software.

“We calculated that due to the lack of students on campus, our servers were underutilized, and could be used to help with Folding@Home, rather than just sit idle,” Koniers said.

Keenan agreed, saying, “As a team, we all saw the immediate value this would have.”

The students then brought the idea to Braden Bonner, La Salle’s director of technology and information systems, and a moderator for the Student Lab Manager Program.

“They said to me, ‘Come on, Mr. B. We have to do our part here,’” said Bonner. A 2007 graduate of La Salle himself, Bonner has been involved in the Student Lab Manager Program since his high school days.

Wanting to make sure the program wasn’t malware, he asked the students to pitch the idea.

So the students gave a virtual presentation, and upon gaining approval, made all arrangements for the program to come to La Salle.

“Not only did they find it (Folding@Home), they pitched it and … actually deployed it themselves,” said Bonner.

Koniers reports in the video below that the program will continue to run 24/7 at the high school until classes resume, and that many students are running the program on their home networks.

Watch this video to hear Koniers explain how Folding@Home works, and how La Salle is contributing:

While these student lab managers are donating server capacity to medical researchers, their teammate Kevork Zeibari is using his unique 3D printing skills to help first responders and vulnerable populations.

The high school junior first began working with 3D printers in seventh grade. When La Salle’s campus was open, he maintained and handled the set-up of the school’s 3D printers. 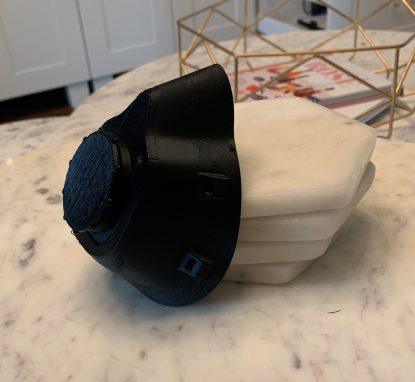 Now that the campus is closed, he’s creating 3D printed respirators at his house.

He was inspired by the online community that “immediately jumped” to print personal protective equipment for those in need.

After working on nine prototype designs, he’s finished the final respirator design and is moving to the production phase. Zeibari said he is reaching out to other organizations to aid with production, as well as to first responders “to assess the need in the community.”

He is currently working on respirators for Whitpain Township Police Department, and also plans to reach out to assisted living and acute care facilities.

As Zeibari was inspired by others in the community to create 3D printed personal protective equipment, Koniers encourages others to donate their home server or computer capacity to Folding@Home.

“Although one computer on its own cannot do much, combined, the project has more power than even a few of the world’s top supercomputers combined,” he said. “By running a small program in the background while you work, you can contribute to groundbreaking research and computational power to help in the fight against this pandemic.”

NEXT: Pandemic complicates struggle to rebuild life after domestic violence