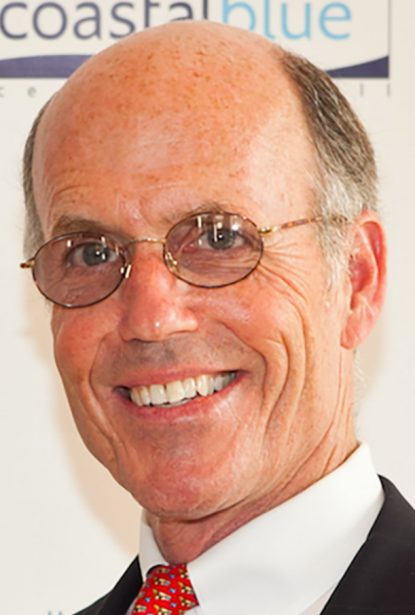 This week we celebrate the 100th anniversary of the birth our modern day saint, Pope John Paul II. Throughout his papacy, JPII, as we often colloquially refer to him, had tremendous impact on the Catholic Church and the world as a whole.

The first pope to travel globally, St. Pope John Paul II will always be remembered for his hand in bringing down communism, as well as his ability to bridge connections with other faiths.

He will also be remembered for recognizing the need for a perpetual source of funding that would serve the priorities of the Vatican around the world and strengthen ties between the Holy See and the American church.

To help shape his vision, as many of us would do, St. Pope John Paul II called on a close friend for support. That friend was his Eminence John Cardinal Krol, then Archbishop of Philadelphia. In early 1988, the idea for the Papal Foundation was born.

One thing was clear. The Catholic Church needed to engage the laity more deeply. As part of the global modernization set forth during Vatican II, it was time for the laity to take on more responsibility and help our priests, bishops and religious guide the church.

With this objective in mind, what emerged was a corporal and cooperative collaboration where the laity could offer its faith, energy and financial resources to address the needs of the church.

In March of the same year, the Papal Foundation was officially incorporated in Pennsylvania, naming Cardinal Krol its first chairman of the board. In April, St. Pope John Paul II hosted a breakfast for Cardinal Krol and the foundation’s steering committee at the Vatican, which included E.F. “Bud” Hansen Jr. from Philadelphia, where the group solidified the Papal Foundation’s mission.

At the conclusion of this very productive meeting, the Holy Father bestowed an Apostolic Blessing on the aptly named Stewards of St. Peter, signifying a new partnership built on a framework of transparency and Christian love that continues to this day.

Since its founding, the Papal Foundation has helped to educate, feed, house and heal people around the globe. Our most recent grants have been used to help people suffering from trauma and food insecurity; build churches and retreat centers for youth development; save the lives of newborns in need of urgent medical care; minister to individuals with disabilities; and promote human rights.

Because of St. Pope John Paul II’s global mindset and leadership, the Papal Foundation has awarded more than $145 million through over 1,900 grants in 121 countries around the world, sharing Christ’s love for those most in need.

In addition, his desire to ensure seminarians, priests, religious sisters and brothers and laity from disadvantaged countries could study in Rome became a reality thanks to a generous gift from John and Carol Saeman.

To date, $11 million in St. Pope John Paul II scholarships have been awarded to Saeman scholars.

Our history of serving the poor, specifically the needs of the church that are of particular significance to the Holy Father, is because of the vision of St. Pope John Paul II.

The sacrificial generosity and deep faith of the men and women who became the first Stewards of St. Peter continue to have tremendous impact around the globe.

Now 135 strong, the Stewards of St. Peter continue to help bring the light of the Gospel to all humanity. We are honored to be a part of St. Pope John Paul II’s legacy, extending God’s love and building the future of the church.

So, happy 100th Birthday to “the Skiing Pope,” our modern day saint whose influence on the world continues to grow each year through the Papal Foundation.

Eustace Mita is president of the Board of Trustees of the Papal Foundation, based in Chester.

NEXT: In time without Mass, let’s be ready when it returns