Outreach brings airline food to the hungry on the ground 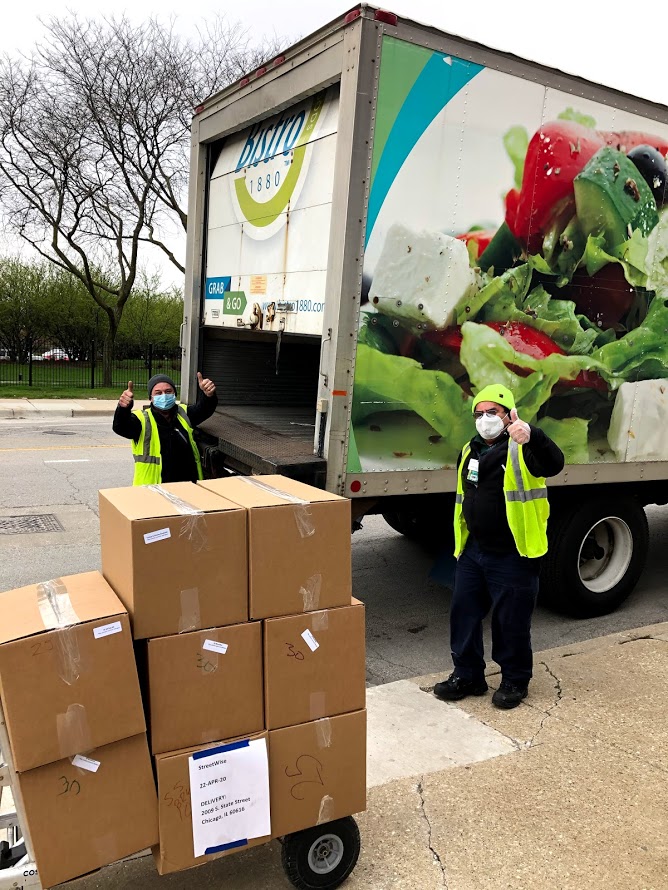 Through the Project Isaiah outreach, staff from airline caterer Gate Gourmet deliver over 350,000 boxed meals per week to food cupboards in 11 US cities, including several Archdiocese of Philadelphia sites. (Photo courtesy of Blair Christie / Project Isaiah)

Archdiocesan food pantries are now receiving some 8,000 extra meals per week, thanks to an innovative effort that’s saving jobs while feeding the hungry.

The non-profit Project Isaiah partners with airline catering firm Gate Gourmet to deliver boxed meals to those made even more vulnerable by the COVID-19 pandemic — including seniors, domestic violence victims, struggling families and those experiencing homelessness.

At the same time, the all-volunteer initiative is keeping Gate Gourmet’s staff working at a time when an estimated 80% of the world’s daily flights have been grounded due to the coronavirus.

“So many parents will make sure their children eat before they do, and receiving this donation from Project Isaiah assures that there is food for the adults,” said Lizanne Hagedorn, executive director of NDS. “It is a wonderful complement to our distribution of children’s meals.”

Hagedorn said that NDS staff are handing out the meals at the agency’s numerous feeding sites, pantries and diaper distribution points.

In addition, the boxes are making their way to clients served by archdiocesan Catholic Housing and Community Services, Catholic Social Services (CSS) and the Office for the Pastoral Care of Migrants and Refugees, as well as the Mother of Mercy House mission in the city’s Kensington section.

Christie developed the outreach with friend and marketing consultant Devon Spurgeon as the two were “doing nothing except staying out of everyone’s way” at home — Christie in northern California, Spurgeon in the Washington, DC area.

“Devon can’t sit still during a quarantine, and I’m the same,” said Christie. “So we asked how we could make a difference.”

The two focused on tackling hunger while stemming rampant unemployment due to the pandemic, and developed what Christie calls “a pop-up relief effort.”

“We’re a bridge organization,” she said, describing food banks as hubs that connect a number of individual social service organizations through a single common need.

Yet many of the outreaches working to address food insecurity have themselves become overwhelmed, said Christie. 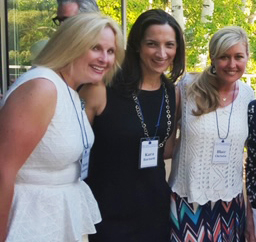 “We’ve seen a significant gap in cities due to an overnight food crisis,” she said. “Demand has exceeded volume, and in many cases, volunteers and staff have themselves come down with COVID.”

The highly contagious nature of the coronavirus made “the safety and delivery of the foods as important as providing the food itself,” said Christie.

After securing funding through New York investment banker Michael Klein and other founding donors, Christie and Spurgeon looked to the airline catering sector for a food provider.

“The airline food industry is highly regulated, with such strict precautions,” said Christie. “The health and safety standards go above and beyond the usual.”

Spurgeon “cold-called Gate Gourmet knowing that it had oversight, distribution networks, and a leg up on safety,” said Christie.

The boxed meals come in both fresh and shelf-stable formats, with each item individually packaged in “the right delivery mode for this moment in time,” she said.

The company has been “an incredible partner,” Christie said, noting that the new business model has kept close to 500 of the firm’s staff working. Bank of America and the Pro Football Hall of Fame are now among the project’s corporate backers.

Although living over 3,000 miles away, Christie said she has “a love for Philadelphia” thanks to both her years at Drexel and her previous tenure at Aqua America’s Pennsylvania offices.

Through her area contacts, she connected with Linda McDonough, the former president of the Catholic Charities Appeal, and with James Amato, secretary of archdiocesan Catholic Human Services (CHS).

Amato said that Project Isaiah’s support has been “vital in sustaining and strengthening (CHS’s) many community food resources” during difficult times.

Archdiocesan sites have seen demand increase by as much as 100% during the pandemic, which is why Christie and her team are committed to continuing what they’d initially thought would be a month-long effort.

“We’re on week seven now,” she said, adding that the organization remains “agile” in these uncertain times by focusing on the reason behind its name, which was suggested by Klein.

“The book of Isaiah references our duty to feed the hungry,” said Christie, “among other important reminders about how to treat your fellow man.”