Seeing everyday racism, and rooting it out of our hearts 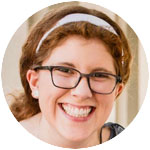 My husband and daughter go for a walk nearly every day.

Unlike the young, black man who introduced himself to me a few days after we moved in.

He came up to me as I was in the yard, welcomed me to the neighborhood and let me know he works at the house next door, a home for disabled men. He’s a nurse, and he takes a walk on his break, or stands by the garage to call his girlfriend after the men go to sleep.

Then he shared that in the two years he’d worked next door, four different families had rented the house we’d recently bought. Four different times he’d had the cops called on him, with the police questioning him for loitering, wandering and looking suspicious. So, he just wanted to come by, right when we moved in, to let us know he belonged in the neighborhood for his job.

As he said goodbye, my heart hurt.

My husband would have never had to go tell our neighbors that because he is a white man, and rarely in my hometown and in many places in America is a white man seen as suspicious or dangerous when they jog through a neighborhood, talk on the phone, pull a wallet out of their pocket, sit in their car in a parking lot, or carry a pack of skittles or cigarettes.

Realizing that, and coming to understand it more fully these past few weeks as conversations about race, systemic discrimination and oppression of people of color are happening, has served as a drastic wake-up call. But it is sad that it took the cruel and senseless deaths of more black men and women, most recently Ahmaud Arbery, Breonna Taylor and George Floyd, for these conversations to happen.

It’s easy to say racism is a sin. Thinking less of someone and treating them differently because of the color of their skin is undeniably wrong. It is an offense against God, a crime against our fellow man, and racism in every form is evil.

It’s to think, say and act as if someone is less worthy of God’s love because of the color of their skin. And to behave like that is to reject the very words of sacred Scripture — that we are each made in God’s image and likeness.

But it’s not enough to just simply say, “Racism is wrong.” We must be decidedly against racism and root it out and put in the work to end it in our homes, neighborhoods, parishes, schools and within our own hearts.

The egregious sin of racism should be cast out of our hearts the same way we seek to remove pride, lust, greed or dishonesty. And this requires repentance.

We examine how a sin has poisoned us, and how it has hurt our brothers and sisters. And when we recognize that, we commit to change. We declare the sin is evil, we proclaim Christ’s power and love to be victorious over this stronghold within our heart, and we firmly resolve with the help of his grace to sin no more.

It’s quite clear, then. If we want to be holy, and love God and others as he commands, then we must fight against sin and call for repentance, transformation and eradication of that which hurts the very body of Christ. At this moment, the sin we each need to confront that has hurt, oppressed and deprived so many is the sin of racism.

So how will you root it out? Because if you want to be holy, you must.

Katie Prejean McGrady is an international Catholic speaker, writer, and author of four books. She hosts the Ave Explores podcast and lives in Louisiana with her family. She writes the “Window Seat Wisdom” column for Catholic News Service.

PREVIOUS: How faith grows in quarantine

NEXT: Racism has always been a pro-life issue