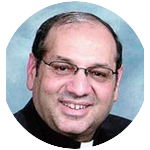 On June 18 the United States Supreme Court in a monumental decision rejected the idea of dismantling the DACA Program (Deferred Action for Childhood Arrivals) for young, undocumented immigrants brought to this nation as children.  These young people are commonly known as “dreamers.”

This is a great victory for the more than 800,000 participants of this eight-year government program. DACA provides a chance for the young people from 16-29 years of age, who are undocumented, to study and work legally in the United States without fear of deportation as long as they follow the law and have a clean record.

According to DACA, these young people have temporary status to stay in the United States without being deported and the chance to work for two years with the opportunity of renewal of this program. They cannot gain legal residency or citizenship even though they have lived most of their lives in the United States.

More than 90% of these young people across the United States are employed and 50% are students, according to government studies, and 72% of these students are pursuing a bachelor’s degree at the university.

In fact, more than 30,000 of them work in the health care industry as nurses, pharmacists, physician assistants, health aides, home care providers, etc., and their work is essential but especially now in fighting the coronavirus pandemic. In fact, the Association of American Medical Colleges reported that “the United States would be unprepared during this pandemic to fill the loss if DACA recipients were excluded from the health care workforce.”

At St. Patrick Church I have about 200 “dreamers.” These young people are hardworking, studious and overall excellent persons. They attend Mass faithfully each week with their families. They are very active in the church. Many are members of the youth group, the group for young adults, singers in the choirs, musicians at Mass, dancers, SAT students, etc.

These young persons are fundamentally Americans. Their language and their culture are American. It is curious that in our classes for First Communion many of the children are learning English so they prefer their classes in Spanish. However, in the Confirmation classes the students overwhelmingly prefer the class in English.

During the Spanish Mass celebrated at St. Patrick Church, I speak and preach in Spanish, but with the altar servers I turn to them and say, “Please, bring the water and the wine.” They speak to each other in English exclusively and in Spanish with their parents. They are completely bilingual, but their dominant language at that older age is English.

Their culture is American. They dress and speak as other young Americans. It would be very difficult for them if one day they were suddenly deported to a country where they do not speak the language well and have only a partial knowledge of the culture.

These young people have a social security number now, work, contribute and pay taxes. In fact, they have the same shared ideals as American citizens.

This 5-4 Supreme Court decision is a real landmark in the sense that the issue of immigration will come to the forefront and become a priority in the future elections at the presidential, legislative and local levels.

This decision is only a part of the immigration issue that we are living in the United States. This decision that affects the young is only the beginning of an extensive and comprehensive immigration plan that should be developed in this nation. The immigration system is definitely broken and needs an overhaul, but this decision will be the catalyst for a new, just, honest immigration program.

I am euphoric at the Supreme Court’s decision that does not just affect the lives of some, but all of us. We should all be sympathetic to their cause as they are very good persons who want to work, live and become a productive force in our nation.

Now, these young people, no longer hiding in the shadows, have hope for the future as real participants in the life of the United States. Dreamers, dream on — the whole world is all yours!

***
Father Puleo is pastor of St. Patrick Parish in Norristown and adjunct professor of Spanish at St. Charles Borromeo Seminary.

NEXT: Giving money to charity? Look for a foundation