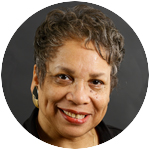 When we as human beings think primarily along racial lines, we unwittingly disqualify ourselves as objective and even reliable observers of an occurrence at hand.

Because far too many of us have not mastered the skill of not seeing self and our potential advantages or disadvantages, however remote, in a given situation.

In short, we are not inclined to die to self. Our instincts are to survive, to even prosper personally or figuratively through our family of origin and everyone else who is like us.

These thoughts came to mind recently when I heard of yet another killing of an unarmed black man by a white policeman.

The Minneapolis man identified as George Floyd, 46, died Memorial Day while in police custody. Videotape shared online by a bystander showed the officer kneeling on the man’s neck as the man suspected of a forgery begged for his life. Surrounding officers did not intervene.

Even when paramedics arrived minutes later to examine the man, the officer’s knee remained in place.

Remember Eric Garner? The unarmed black New York man died in 2014 after he was placed in a chokehold by a police officer, crying he could not breathe. A grand jury decided against indicting Officer Daniel Pantaleo.

But police don’t just limit their killing to minorities even though a disproportionate number of such excused killings involves people of color.

A 48-year-old white man from Arlington, Texas, died in August 2015 after being detained by Dallas County sheriff’s deputies. A deputy had pressed his knee into Joseph Hutcheson’s neck for far too long, killing him. All Hutcheson had done was act erratically in the police station, calling for help, saying his wife was threatening him. Hutcheson’s death was later ruled a homicide.

I am outraged at the thought of each of these killings because they were all avoidable deaths. Besides, suspicions of petty criminality in each of the aforementioned cases did not warrant the men’s deaths, and such terrible deaths at that.

I was once choked by an angry young man who did not like being challenged to be accountable. The panic that comes when air is closed off from the lungs is indescribable. I will never forget the horror of thinking I might die when the air did not immediately come back after his hands left my throat.

Officers trained to subdue a suspect by placing a knee on the person’s neck need to take this kind of training one step further. They should take turns actually doing this to one another, testing the limits of their own tolerance before breathing becomes difficult and they need to tell their colleague to lighten up.

I am not being facetious here. If they don’t fully understand what they are doing to another human being, what incentive will they have to eliminate such brutality?

Organized protests should be against unarmed men killed in police custody or children of those entering the country illegally being caged, etc. But we must also distance ourselves from violence, from looting and the burning of properties — all those disgraceful things that muffle understandable calls against injustice based on videotaped actions.

All people of good conscience should be out there protesting injustices! And it is critical that protests not be seen as the duty mainly of the race of the victim.

When people look upon an issue as pertaining to another race and not their own, they may feel it is none of their responsibility and hold back critical support that their presence could lend.

Worse still, if one race blames another for chaos and responds with violence, the very foundation of society will be undermined.

PREVIOUS: In search for cure, more power to science … but not too much

NEXT: This moment of judgment calls for more than just talk