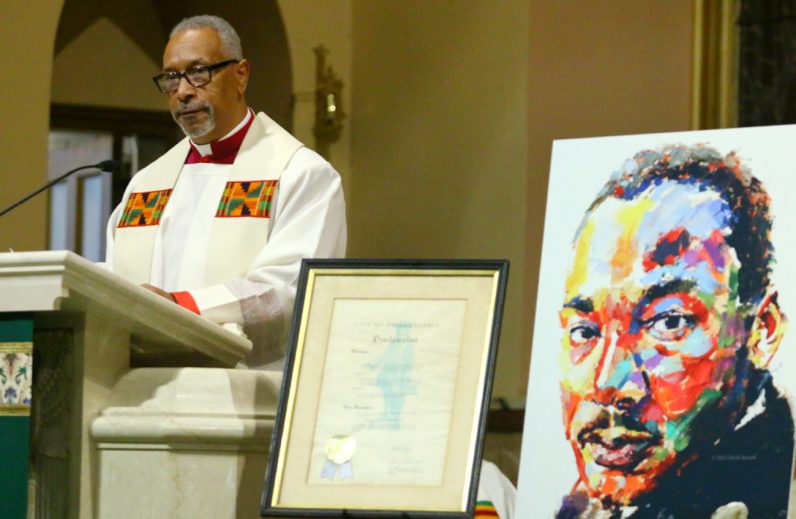 Two Black Catholic pastors in Philadelphia say their parishes are drawing strength from the Eucharist, prayer and a rich spiritual heritage in the fight against racism.

“St. Katharine Drexel used to say, ‘We go in to go out,’” said Father Stephen Thorne, pastor of St. Martin de Porres in North Philadelphia. “What she meant was that (our time with) the Blessed Sacrament gives us the energy to go forth and do justice.”

“Black Catholics continue to lead first through prayer,” said Msgr. Federico Britto, pastor of St. Cyprian Parish and administrator of St. Ignatius of Loyola in West Philadelphia. “Our culture is one of prayer, which is very celebratory in our liturgies. And we are hoping that through prayer, we will be heard, and there will be transformation and resolution.”

Both Msgr. Britto and Father Thorne said that prayer is the natural starting point for eradicating racial inequality, since racism itself is a sin, as the U.S. bishops stated in their 2018 pastoral letter on the issue.

Without addressing the moral root of the problem, external actions – such as protesting and reassessing historical figures – are incomplete and often without lasting effect, said Father Thorne.

“The hard work is changing hearts and minds,” he said. “You have to know that you won’t be at God’s banquet table in the kingdom if you’re a racist, because it goes against God’s nature.”

The church itself must confront racism in the pews, said both pastors.

“Black Catholics know racism exists in churches,” said Msgr. Britto. “Even though the bishops have spoken about it, it’s still a systemic issue.”

In particular, he said, there is a need for more men and women of color in religious life and pastoral leadership.

“If Black Catholics see people of color in leadership roles, that says to them, ‘OK, maybe there is a possibility here in the Catholic Church,” said Msgr. Britto.

Several canonized and potential saints have already helped to pioneer the church’s path toward equality for all its members, said Msgr. Britto and Father Thorne.

(Related: Watch a video message from Bishop Shelton J. Fabre on the death of George Floyd.)

Born in Peru to a Spanish father and a black mother (1579-1639), St. Martin de Porres has long been a patron of Black Catholics. In recent years, he has been joined by a growing number of role models, including Venerable Pierre Toussaint (1776-1853), a former slave who became an entrepreneur and philanthropist; Mother Mary Elizabeth Lange (1784-1882), foundress of the Oblate Sisters of Providence; Venerable Henriette Delille (1813-1862), foundress of the Congregation of the Sisters of the Holy Family; Julia Greeley (born between 1833 and 1848; died 1918), a former slave who promoted devotion to the Sacred Heart of Jesus; Sister Thea Bowman (1937-1990), who converted to Catholicism as a child and entered religious life as a Franciscan Sister of Perpetual Adoration; and Venerable Augustus Tolton (1854-1897), a former slave who became the first known black Roman Catholic priest from the United States.

“They went through a lot as far as racism and injustice are concerned,” said Msgr. Britto. “But their prayerfulness, their conviction, their hands on the plow kept them focused and got them to the finish line.”

Others, though not themselves of color, have been partners in that process, said Father Thorne, citing Philadelphia’s St. Katharine Drexel, who devoted her life and her family fortune to the service of African Americans and Native Americans. 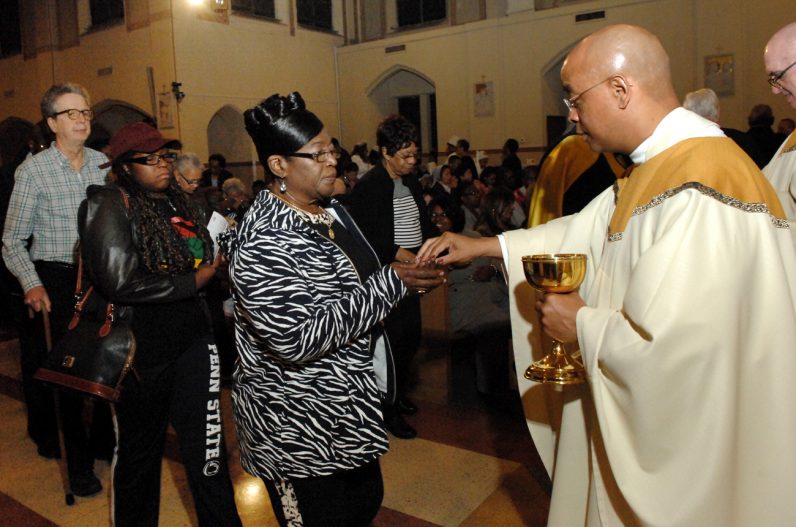 “We have her (religious order’s) chapter chair in our church,” said Father Thorne, adding with a laugh, “Archbishop (Nelson) Perez wanted that chair, and I said, ‘I don’t think so.’”

“Msgr. Pashley has spent his entire ministry, 57 years, in the African American community,” said Father Thorne. “And so many others are doing that work today as well.”

Following international outrage over the death of George Floyd in Minneapolis police restraint, some parishes are beginning to team up to tackle systemic racism head-on.

Later this month, parishioners from St. Martin de Porres and from St. John Chrysostom Parish in Wallingford will meet in a virtual town hall to discuss the issue. St. Raymond of Penafort Parish has also announced that its pastoral team is developing an online series of reflections about racism and its impact.

Such conversations should also focus on the richness of Black Catholic spirituality and how it nurtures the entire body of Christ, said Msgr. Britto and Father Thorne.

“Martin de Porres, Tolton, Thea Bowman — these people didn’t look at themselves as victims, but as children of God, with gifts to offer and gifts to bring to the church,” Msgr. Britto said. “Our music, our worship, our understanding of Scripture, our care for the poor: we share our gifts and our victories.”

To that list, Father Thorne added “family, community and joy,” as well as “a real sense of reconciliation” — born of centuries of tragedy, such as the June 2015 mass shooting of congregants at Mother Emanuel A.M.E. Church in Charleston, South Carolina.

Days after the massacre, victims’ family members appeared in court for the bond hearing of gunman Dylann Roof, and said they forgave him.

“That speaks to the heart of African American spirituality,” said Father Thorne, and to “a church that needs to be a home, with everybody at the same table.” 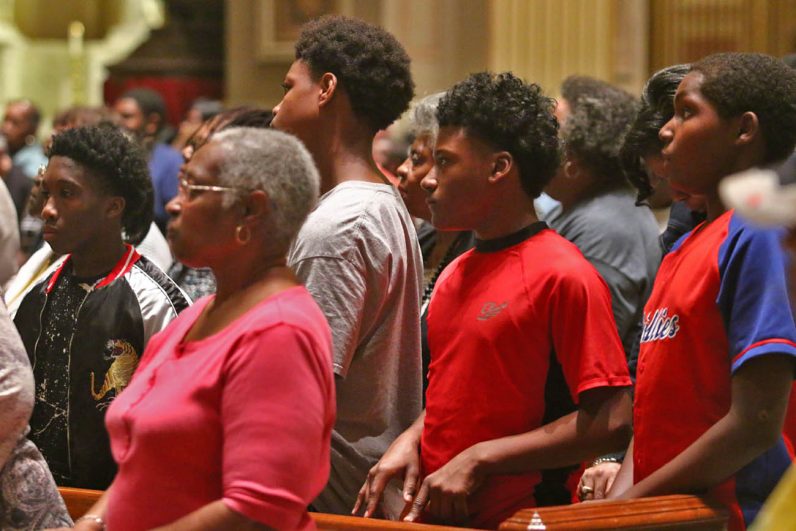 The faithful participate in a Black Catholic Revival in the Cathedral Basilica of SS. Peter and Paul, Philadelphia, in this CatholicPhilly.com file photo. (Photo by Sarah Webb)

NEXT: Support for caregivers comes from webinar series