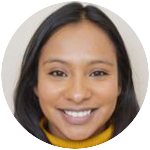 My almost 8-month-old had woken up at 5:30 a.m. on the day the Deferred Action for Childhood Arrivals program decision was to be announced. Normally, I would’ve been hitting the refresh button on my screen waiting for the decision to appear. But on this particular morning, I was out of my routine. I was groggy and tired.

My husband called me with the news, and I kid you not, I felt like a deer in headlights. Once it hit, I unexpectedly started sobbing. It was tears of joy and relief. It was a win! After years of attacks, being used like game chips, immigrants finally got a win. Praise Jesus!

The Supreme Court ruled (5-4) that the procedural way the administration rescinded DACA was “arbitrary and capricious.” Therefore, DACA is to be reinstated and new applicants should be allowed to apply.

Nearly a week later, the win feels less and less like a win, and more and more like a poor duct tape job to a bleeding wound. Maybe it’ll get us to the finish line …

As a DACA recipient I, of course, welcome the temporary relief to an uncertain future. Let me be clear, I’m really grateful for it. Jesus knows I was running out of air. But it also feels like the air came compressed in a bag.

DACA is not a permanent solution. It was never designed to be a permanent solution. The only real solution will come in the form of a law that is just, humane and restores the God-given dignity of “Dreamers.” Just to be clear here, “Dreamers” includes a much larger number of people than those who actually qualify for DACA.

Realistically though, we’re in the midst of an election year, in which the current incumbent is running yet again on an anti-immigrant rhetoric. A legislative solution is not coming anytime soon.

In fact, the administration has already given several warnings that it plans on rescinding DACA again, fulfilling the points outlined in the Supreme Court decision. Whether that actually happens is yet to be seen, but it doesn’t make me feel like the waiting is over.

To make matters even more complicated, U.S. Citizenship and Immigration Services has not released any guidelines for new DACA applicants. On one hand, some advocates and attorneys are pushing new applicants to prepare their applications. I personally wonder (not providing any legal service here), how this will work given the lack of guidelines and the possible danger in sharing such personal information to USCIS as it stands right now.

On the other hand, I do believe “Dreamers” who were unable to attain DACA because of the recension, at the very least, deserve the same opportunity we were given. We need to urge USCIS to release their guidelines ASAP.

In addition to the guidelines, USCIS needs to guarantee all DACA recipients and applicants that our information is safe and secure from being handed over to U.S. Immigration Customs Enforcement at any given point in time. This is something that has been questioned over the years again and again.

The irony of me being groggy and tired the morning of the news is that this is actually how I feel in general about my journey as a DACA recipient. Can the government stop playing with my future now? (Don’t forget the other nearly 700,000 DACA recipients too.)

I celebrate the victory because it renewed my sense of hope — hope in justice, hope in the systems of balance, hope in the cross that I carry. But the journey of this particular cross is not over.

I will continue to pray for the people in power, those of us impacted by a broken immigration system and, especially, those who feel that they already ran out of air. You are not forgotten.

Edith Avila Olea is policy manager for the Illinois Coalition of Immigrant and Refugee Rights in Chicago. The 2015 winner of the Cardinal Bernardin New Leadership Award, she holds a master’s degree in public policy and a bachelor’s degree in organizational communication.

PREVIOUS: Break the habit of your endless scroll of bad news

NEXT: Homework for the Fourth of July