Sound checks lead to the sacred at Chester County parish 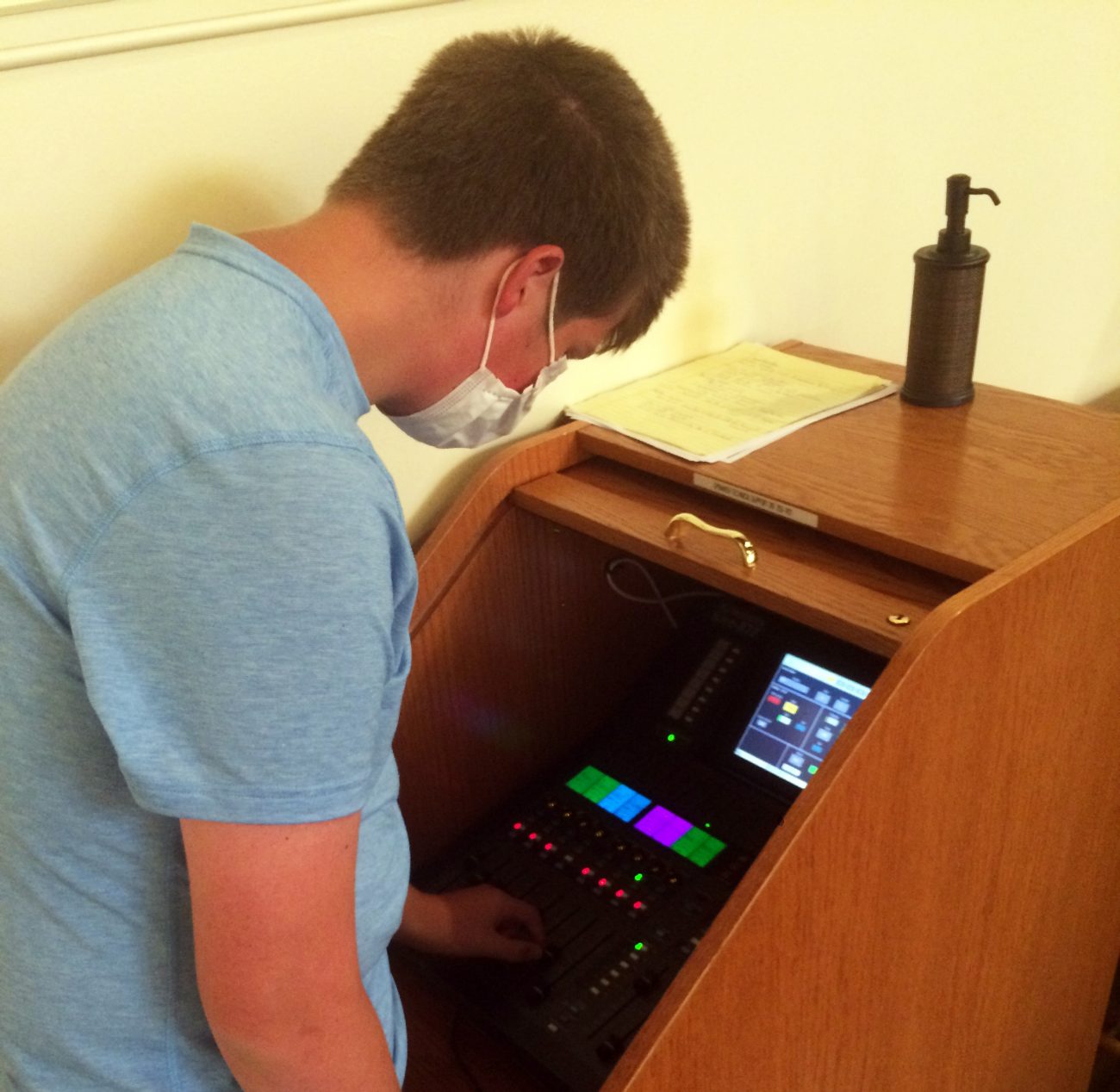 A member of the audiovisual ministry at St. Norbert Parish in Paoli adjusts sound levels in the sanctuary. Ministry leader Paul Stadter said the group offers a way to enhance the parish’s in-person and livestreamed liturgies, while involving youth and those who prefer to assist behind the scenes at Mass. (Photo courtesy of Paul Stadter)

At one Chester County parish, sound checks are a path to the sacred.

About two years ago, St. Norbert in Paoli launched a parish-based audiovisual ministry dedicated to “bringing the Word to the community,” said coordinator Paul Stadter.

With some dozen members, the group manages the sound system in the church during the parish’s Sunday Masses, making sure that the celebrant and the liturgical ministers can be clearly heard.

When public Masses in the Philadelphia Archdiocese were suspended due to the COVID pandemic, the ministry began livestreaming Masses, and continues to do so.

“Whether in the church building or at home, for many people, the Word is inaccessible without the help of audiovisual technologies,” said Stadter.

In recent years, audiovisual systems have become an essential investment for many Christian churches, particularly those that rely on congregational worship styles and large-scale music ministries. Consultants, technicians, conferences and trade publications such as “Church Production Magazine” all point to a growing demand for praise with a punch.

In recent years, many Catholic parishes have also expanded their audiovisual setup, a trend accelerated by the COVID-19 pandemic. Even after the resumption of public liturgies, thousands of faithful have continued to participate in livestreamed Masses.

Stadter admitted that the beginnings of St. Norbert’s ministry were “very ad hoc,” but under the current setup, members “aspire to be a community of fervent disciples.”

“The audiovisual ministry derives its meaning from supporting that effort,” he said.

For parishes looking to create their own ministry, Stadter recommends said that “amateur musicians are ideal” as founding members.

Those who aren’t too sure about all of those controls on a mixing board don’t need to shy away, he said.

“Tech wizardry is nice to have, but not necessary,” said Stadter. “The vendor you select for your audiovisual system will know how to train volunteers.”

The ministry is “ideal … for young people, including young teenagers,” as well as “people who want to participate … but remain behind the scenes,” he said.

Audiovisual ministries can also elicit feedback – not the screeching noise from speakers, but “constructive criticism” from parishioners “when they think things could be better,” said Stadter.

“We welcome that,” he said. “Our parishioners hunger to participate in the Mass and often express their gratitude for the ministry’s assistance.”

NEXT: Archdiocese plans for schools to reopen with flexibility