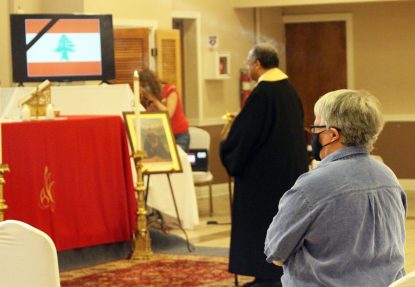 Following Tuesday’s massive explosion in Beirut, Lebanese Catholics in the Philadelphia area gathered Wednesday evening to pray for victims of what one priest called “an apocalypse.”

“You remember 9/11,” said Father Samir Chebli, pastor of St. Maron Maronite Catholic Church in South Philadelphia. “It was the same yesterday, but in Lebanon.”

The massive Aug. 4 blast, which killed at least 154 and wounded approximately 5,000, is believed to have been caused by ammonium nitrate improperly stored at the Port of Beirut.

Dozens remain missing among the widespread devastation, and the nation has declared a two-week state of emergency.

Archbishop Nelson Perez issued a statement Aug. 7 urging prayers and aid “to uplift the strong and proud people of Beirut, during this time of sorrow and devastation,” he wrote. “May the Lord pour out his comfort and mercy upon the people of Lebanon in their hour of need.”

In response to the tragedy, some 25 St. Maron parishioners joined Father Chebli and fellow Maronite Father David Fisher for the Aug. 5 liturgy celebrated in both English and Syriac, the liturgical language of the Maronite Catholic Church.

For many in attendance, including parishioner Jacqueline Saba, tears mingled with prayers as faithful mourned family and friends directly affected by the tragedy.

Saba, a young adult who moved from Lebanon to Philadelphia last November, said none of her loved ones in Beirut had perished in the blast but she was overcome with emotion as she added that “several friends were injured.”

Sorrow has increasingly merged with outrage, as many Lebanese say the explosion directly resulted from longstanding government corruption and neglect.

The 2,750 tons of ammonium nitrate, a widely used fertilizer and mining explosive, had been offloaded from a cargo ship impounded in 2013. Beirut port and customs officials claimed they had asked authorities multiple times to export or sell the material, but without success. 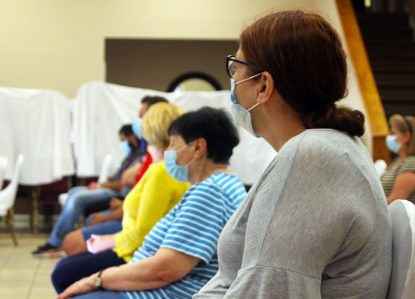 Members of St. Maron Maronite Catholic Church in South Philadelphia prayed at an Aug. 5 liturgy for victims of a devastating Aug. 4 explosion in Beirut, Lebanon, that killed at least 137 while injuring some 5,000 in a nation long beset by crisis. (Photo by Gina Christian)

The tragedy highlights Lebanon’s political and economic dysfunction, which even before the COVID-19 pandemic had led to double-digit unemployment, widespread poverty and lack of access to safe drinking water, electricity and health care.

In his homily, Father Chebli denounced such negligence as “an act of terrorism,” and its victims as “martyrs.”

“The problem is … the corrupted rulers who have sold themselves to the forces of evil and death,” said Father Chebli. “They are the real terrorism.”

He noted that Lebanon, a modern nation with an ancient history, had witnessed many setbacks from which Beirut itself emerged as “a phoenix.”

However, said Father Chebli, “the time is different.” 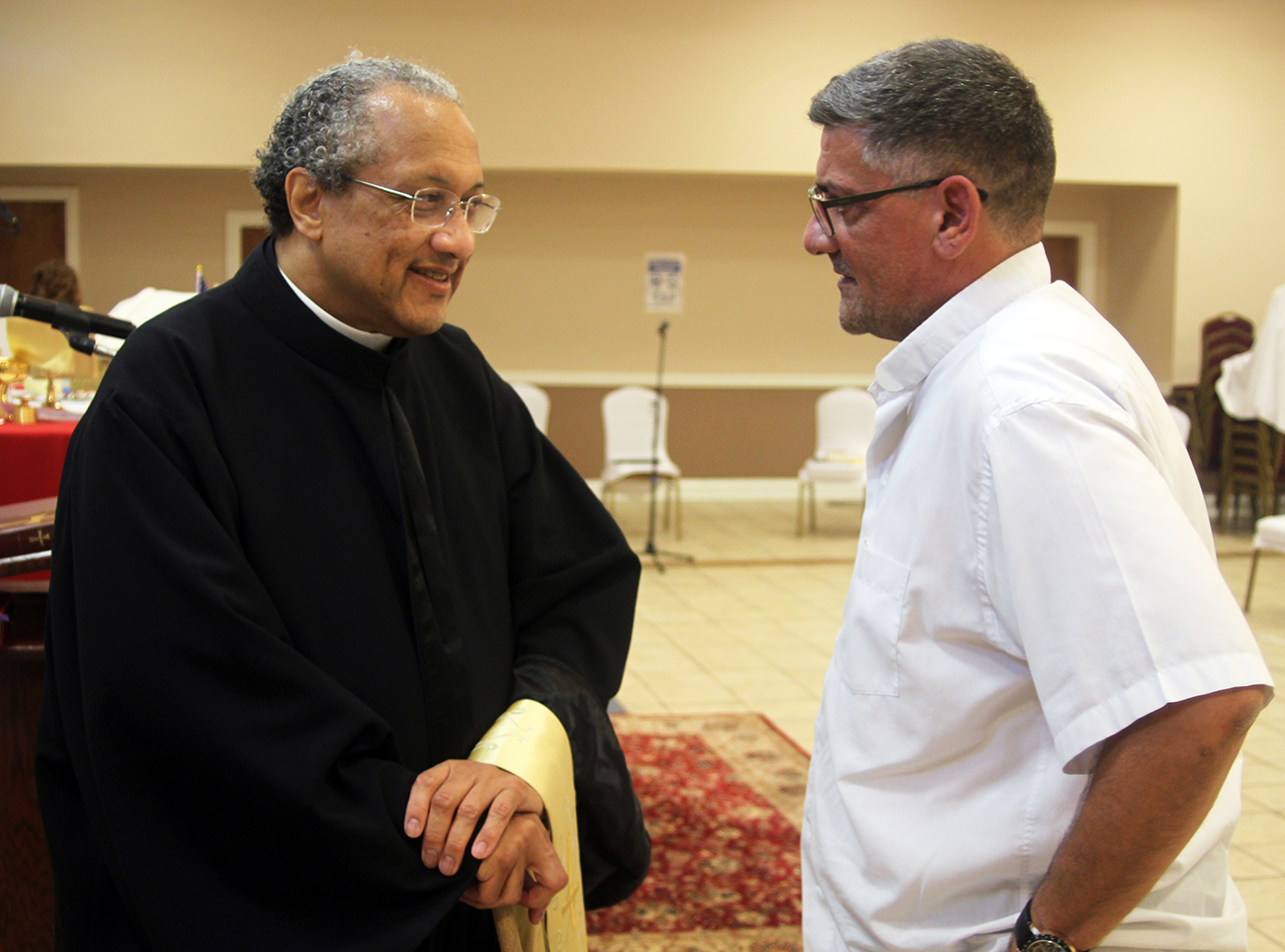 That sentiment was echoed during an Aug. 6 visit to Beirut by President Emmanuel Macron of France, the former colonial power in Lebanon.

Speaking to international media, Macron called for a “new political order” as well as an international investigation of the explosion.

St. Maron parishioner and Lebanon native Vivian Rai said the world’s support is critical to lifting Lebanon out of its now-deepened state of crisis.

The nation’s citizens “cannot afford paying for bread, and cannot even (access) their money in the bank,” she said. “They need change, they need a new life. We appreciate any country that can help out. That’s all they need, a hand that somebody can stretch out to them.”

Immediate humanitarian assistance is crucial, as the explosion has left up to 300,000 homeless while destroying grain supplies in the import-dependent nation’s main port.

Lebanon’s top Catholic cleric and Maronite patriarch Cardinal Bechara Rai has called on the United Nations to establish and manage an aid fund.

In the U.S., Maronite Catholic bishops warned in an Aug. 4 letter that Lebanon “is at the verge of a failed state and total collapse.”

“We appeal to all nations, all people of goodwill, to stand in solidarity with the Lebanese,” wrote Bishop Gregory Mansour of the Eparchy of St. Maron of Brooklyn and Bishop A. Elias Zaidan of the Eparchy of Our Lady of Lebanon of Los Angeles.

“We pray for the souls of those lost, for the sick, for the injured,” said Elhajal, whose family survived the blast – which could be felt 150 miles away — with only minor damage due to their home’s distance from Beirut.

In his closing prayer, Father Fisher entrusted the people of Lebanon “to the care of the holy Mother of God and all the saints,” asking for protection, “new life, new peace and new glory.”

Although admitting that his “heart is broken,” Father Chebli said that Lebanon — which has a rich history of culture, faith and diversity – can and must be restored.

Describing his homeland as “the land of saints, the land of the alphabet, the land of freedom, democracy and education,” he concluded his homily by saying, “We need Lebanon.”

Catholic News Service has provided the following list of several Catholic agencies where you can donate to help the citizens of Lebanon:

Aid to the Church in Need, a pontifical foundation: https://bit.ly/3icyN9V