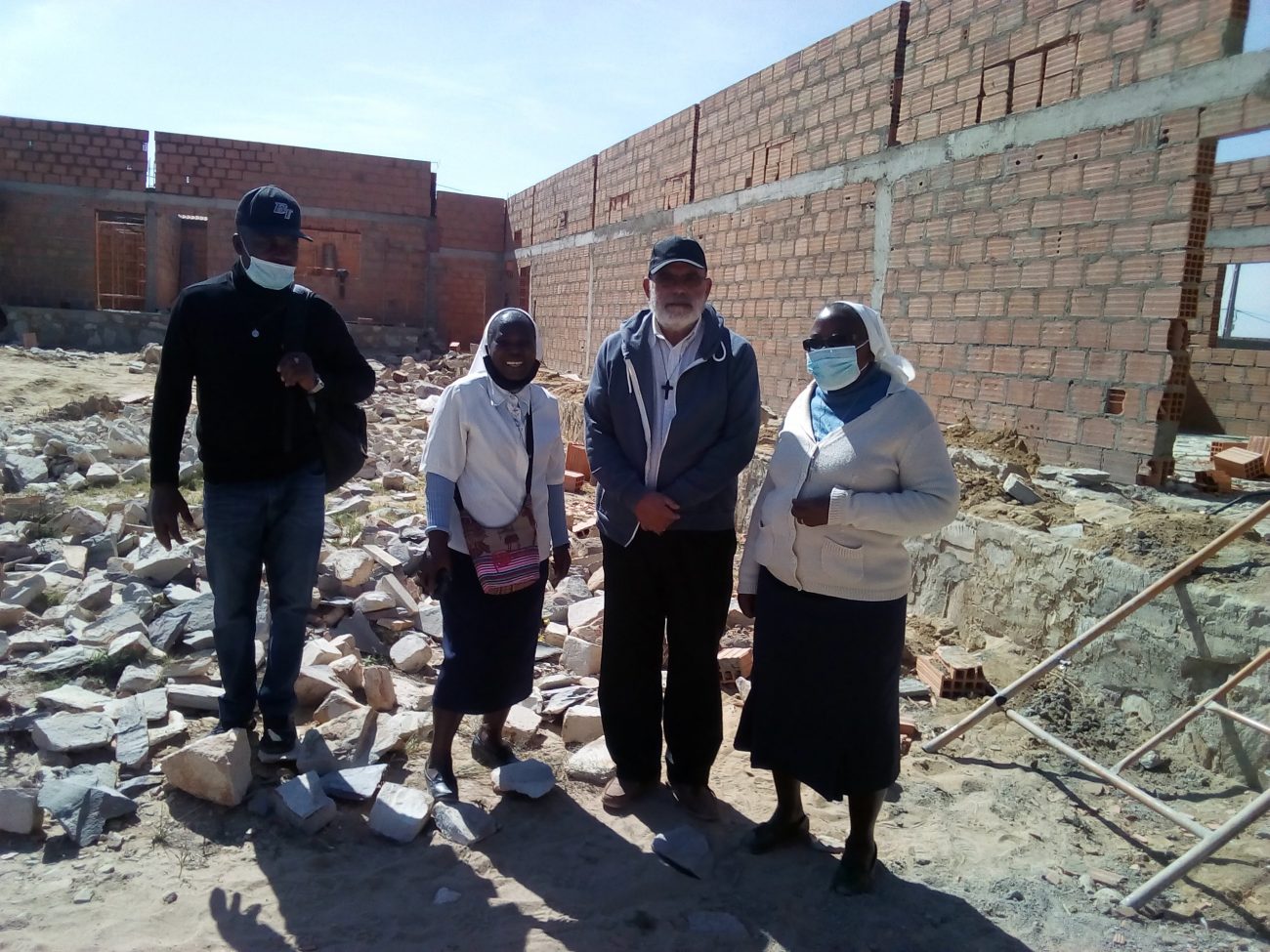 Dominican Missionary Sisters of the Rosary are seen on a construction site in Lubango, Angola. The religious order received a grant of $99,990 from The Papal Foundation to build a combined elementary and middle school. The foundation, based in the U.S., announced its 2020 grants July 15. (CNS photo/courtesy The Papal Foundation)

PHILADELPHIA (CNS) — The Diocese of Moroto in Uganda and the Dominican Missionary Sisters of the Rosary ministering in Lubango, Angola, are among the recipients of grants from the Papal Foundation.

The Philadelphia-based foundation recently announced its 2020 grants totaling over $9 million. These funds will support 110 programs identified by Pope Francis in 59 countries around the world, with a focus on developing nations.

In this round of grants, the Diocese of Moroto and the Christian Community of Regina Mundi received a $100,000 grant. The funds are being used for the construction of a new cathedral. The Dominican Missionary Sisters of the Rosary received $99,990 to build a combined elementary and middle school in Lubango.

In the Diocese of Udon Thani in northeast Thailand, Divine Word Missionaries received $38,718 to support the work of the Mother of Perpetual Help Center, which the order founded in 2000 in response to the HIV/AIDS epidemic.

A grant of $85,000 was awarded to the Zimbabwe Catholic Bishops’ Conference and its Education Commission’s formation programs for students in Catholic elementary schools and secondary schools and other programs. This formation includes promoting the welfare and protection of minors, including the Child Safeguarding Policy that the bishops’ conference implemented in all its Catholic institutions.

The grant funding process begins with requests made to the Vatican’s Secretariat of State through apostolic nuncios and local bishops worldwide. Once these are processed and reviewed, the pope requests funding for grants from the foundation.

The foundation’s Grants Review Committee, chaired by Tammy Tenaglia, receives the requests and reviews them. Final approval is given by the board of trustees.

“The Papal Foundation board of trustees very carefully and prayerfully reviews and approves the disbursement of grants requested by the Holy Father,” Eustace Mita, president of the board of trustees, said in a statement.

“Through this latest round of funds, we have listened to and answered the call of the Roman Catholic Church by providing critical support to build our church, literally and figuratively, in communities around the world,” Mita added. 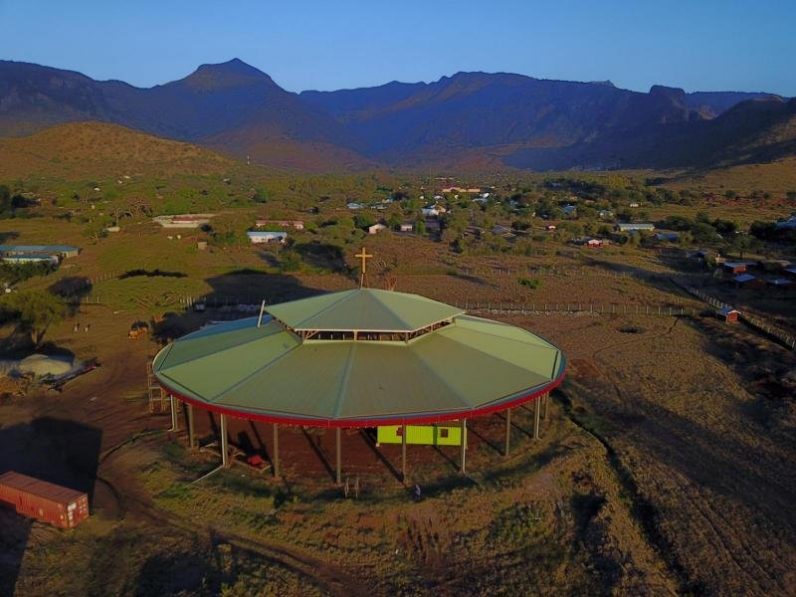 A new cathedral in the Diocese of Moroto in Uganda is seen under construction in this undated photo. The diocese and the Christian Community of Regina Mundi have received a $100,000 grant from The Papal Foundation, based in the U.S. The foundation announced its 2020 grants July 15. (CNS photo/courtesy The Papal Foundation)