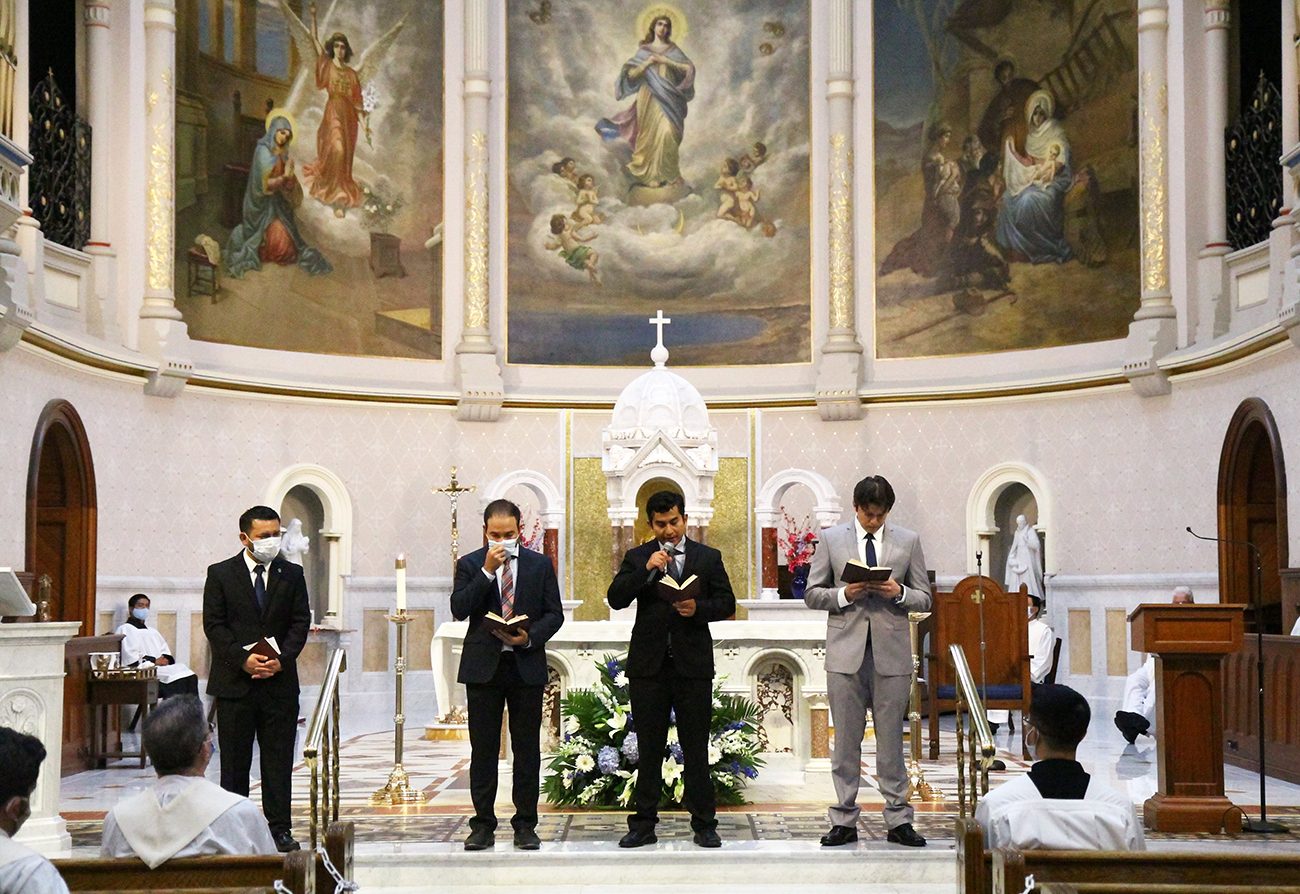 On Friday, July 31, the Vincentian Priests and Brothers of the Eastern Province celebrated a Mass and vow ceremony at the Miraculous Medal Shrine in Philadelphia's Germantown section in which (from left) Noe Garcia, Milton Lara, Wilbur Mejia and Joe Alexander Palacios pronounced their commitments as vowed members of the order.

The Vincentian Priests and Brothers of the Eastern Province celebrated a Mass and ceremony July 31 in which four men pronounced their commitments as vowed members of the order and three men entered the community as novices.

All four men are May 2019 graduates of St. John’s University with degrees in philosophy. They have served in Vincentian ministries in New York, Pennsylvania, North Carolina and Alabama. In August they began a four-year program of theological studies at St. Charles Borromeo Seminary, Wynnewood, while residing at DeAndreis House of Studies in Manayunk.

They made a commitment known as “Good Purposes,” through which they vowed for three years to grow in knowledge and practice of the vows that all Vincentians strive to live by: poverty, chastity, obedience and stability.

“The Vincentian priests and brothers have been a vital part of the Archdiocese of Philadelphia for more than 170 years, serving the archdiocese and its people as parish priests, high school teachers, seminary professors, retreat masters, spiritual directors and confessors at the Miraculous Medal Shrine,” said Father John Maher, C.M., vocation director at St. John’s University.

“The Vincentian Priests and Brothers of the Eastern Province are fortunate to have these young men literally ‘coming and going,’ but all in the right direction: Making a commitment to follow Jesus Christ, Evangelizer of the Poor, in the way of St. Vincent de Paul.”

NEXT: Annual Marian feast will continue, with modified procession