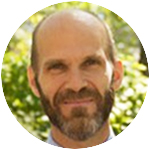 The U.S. Conference of Catholic Bishops reminds us, in its recently issued voting guide, that there are many moral issues before us in the upcoming presidential election and that we should study Scripture and the teachings of the church before we vote.

I understand that many Catholics’ discernment of church teachings will lead them to point to some actions taken by the current administration as being in alignment with that teaching (e.g. the so-called Mexico City policy on abortion or the appointment of Supreme Court justices considered to be pro-life).

However, my own discernment leads me to see that there are far too many other actions of the current president that are irreconcilable with Scripture. Too many to ignore. Here are some examples.

The Eighth Commandment states “You shall not bear false witness against your neighbor.” The president has spread numerous falsehoods about his political opponents, as when he claimed for years that President Obama wasn’t born in the United States or when he ran full-page ads in New York City newspapers calling for the death penalty and falsely accused five teenagers of murdering the “Central Park Jogger” in 1989 – a mistake he refuses to apologize for.

The Book of Proverbs (17:5) says “whoever mocks the poor shows contempt for their Maker.” The president has been determined to dismantle the Affordable Care Act, which enabled 20 million low- and moderate-income Americans to get life-saving affordable health insurance.

The president recently tweeted about how he’ll stop the poor from “bothering suburban housewives” by ending a certain federal affordable-housing initiative. And the president has sought to cut food assistance for millions of low-income and senior-citizen Americans. These, to me, are examples of mocking the poor.

Further, instead of encouraging the wealthy to sell their possessions and give to the poor – as Jesus tells the rich man he must first do if wants to be His follower (Matthew 19:21) – the president championed a $1.5 trillion tax cut that disproportionately benefitted the wealthy.

Further, when the president threatened to withhold medical supplies to fight COVID-19 in New York State or deny federal aid to combat forest fires in California because their governors belong to a different political party, he broke Jesus’ command to “love your enemy.”

The president routinely violates the command of the Good Samaritan story which says that as Christians we are to help those outside of our tribe who are in need, even those who dislike or harm us.

Finally, Jesus and the prophets command the faithful to “welcome the stranger.” Jesus says to his disciples, “I was a stranger and you invited me in” (Matthew 25:35). The Book of Leviticus is more specific: “The foreigner residing among you must be treated as your native-born. Love them as yourself, for you were foreigners in Egypt.”

Perhaps no other policies are so starkly out of line with the Gospel and Catholic social teaching as the ban on refugees from majority Muslim countries, detentions and deportations, and the determination to build a $21 billion wall along the U.S.-Mexican border to keep poor, mostly Catholic, families from seeking refuge here. In fact, the treatment at the border of poor Mexican children has been sharply criticized by the U.S. Catholic bishops.

Again, the U.S. Conference of Catholic Bishops reminds us that there are many moral issues at stake in the upcoming election. And I understand that our individual Catholic consciences lead us to prioritize different issues differently.

However, in my own discernment I find in the current administration too much blatant disregard for too many core Gospel principles. There is simply too big a gap between what we believe as Christians and what the current president mostly seems to stand for. A gap too big to ignore.

David Koppisch is a member of St. Vincent de Paul Parish in Philadelphia.

PREVIOUS: A reminder to speak the truth in charity

NEXT: Why is our discourse destructive? We enjoy anger