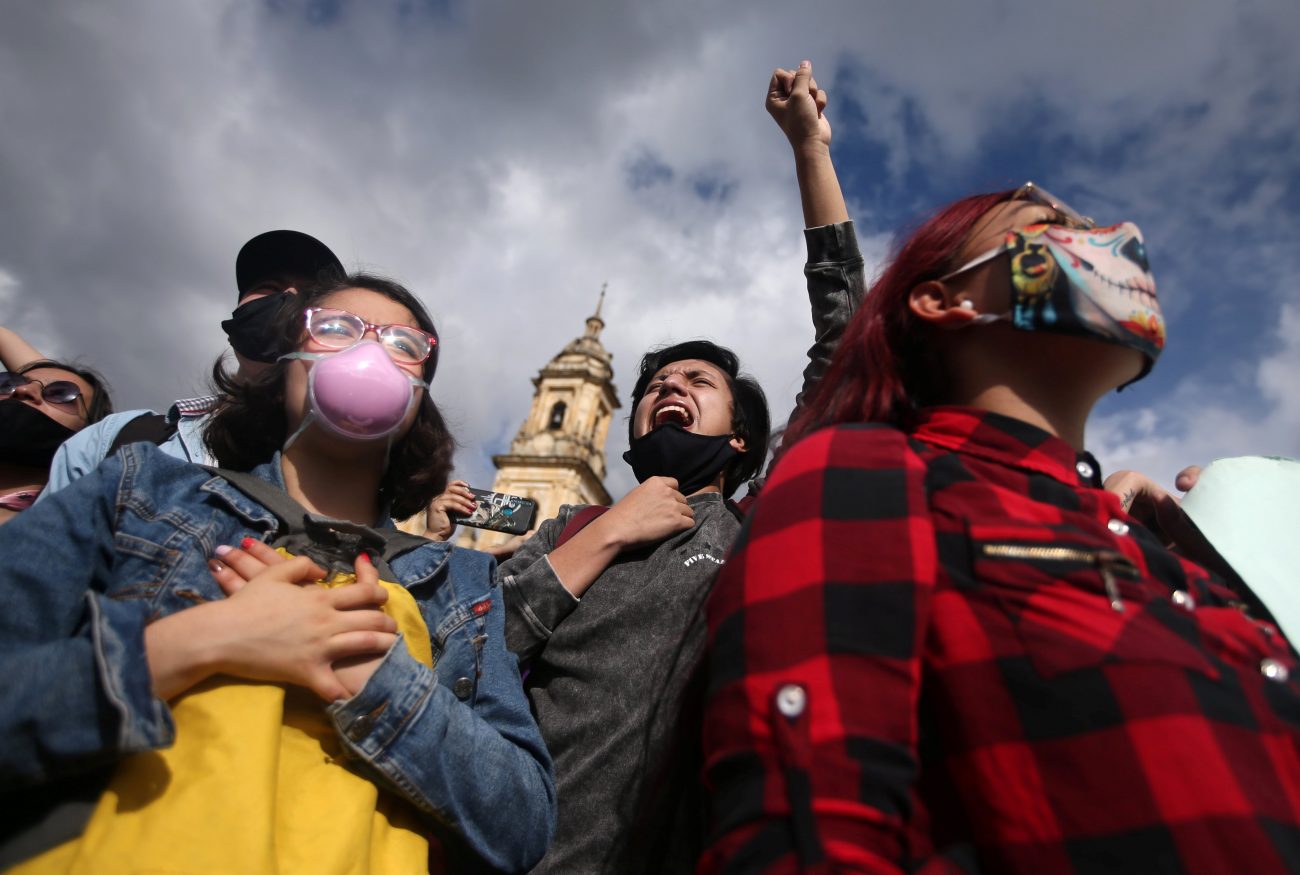 BOGOTA, Colombia (CNS) — Bishops in Colombia prayed for the victims of police violence and urged protesters not to take justice into their own hands, following a chaotic week in which 13 people were killed during protests over law enforcement in the South American country.

The protests broke out after a video was shared on social media showing two police officers in Bogota pinning a man and suffocating him with their knees while striking him repeatedly with a taser, while witnesses asked the officers to stop.

Javier Ordoñez, 44, died within hours of the police beating. Witnesses said the officers had grabbed Ordoñez, a father of two, for drinking on the street.

On Sept. 9, thousands gathered around police stations in Colombia’s capital to hold peaceful demonstrations against police violence. But some of the protests soon turned into street battles, where young men launched rocks and Molotov cocktails at police, who responded with tear gas and live rounds.

According to Bogota City Hall, more than 200 people were injured during three nights of protests, including 72 civilians who sustained bullet wounds. Mayor Claudia López described it as the worst street violence the city had experienced in three decades.

The Catholic Church responded Sept. 12 with a peace and reconciliation vigil in which Bogota Archbishop Luis José Rueda Aparicio urged the city’s residents to “work in favor of peace” and “liberate” themselves from hatred and resentment.

“Many young people died this week,” Archbishop Rueda said. “And that makes us think if Bogota, if Colombia is offering young people opportunities and culture. If we are giving them hopes of studying, working, practicing sports.”

Bishop Fabio Suescun, Colombia’s military bishop, said the police who beat Ordoñez had failed to uphold their duty and should be punished. However, he said, most police officers in the country are trying to do their job properly, and he asked protesters for restraint, saying that “violent reactions only generate more violence.”

During the protests, about a third of Bogota’s 150 police stations were vandalized and more than 20 were set on fire.

On Sept. 13, López organized a reconciliation ceremony in front of the city’s cathedral. She personally gave her condolences to relatives of those who were injured or killed during the protests.

The mayor said the city government would back families who file complaints against the police, and she spoke of the need to reform the nation’s police force, so that officers fall under the jurisdiction of civilian courts. Currently police officers in Colombia are judged by military tribunals.

The ceremony also was attended by Jesuit Father Francisco de Roux, who has been working for decades on behalf of the victims of Colombia’s armed conflict.

Father de Roux, who now leads a truth commission that looks into war crimes, said it was time to “listen to the victims and share their pain.”

But he called for a thorough investigation into the deaths of the 13 protesters to discover who gave the police orders to use live ammunition during the demonstrations.

NEXT: Court sides with Trump on right to end TPS