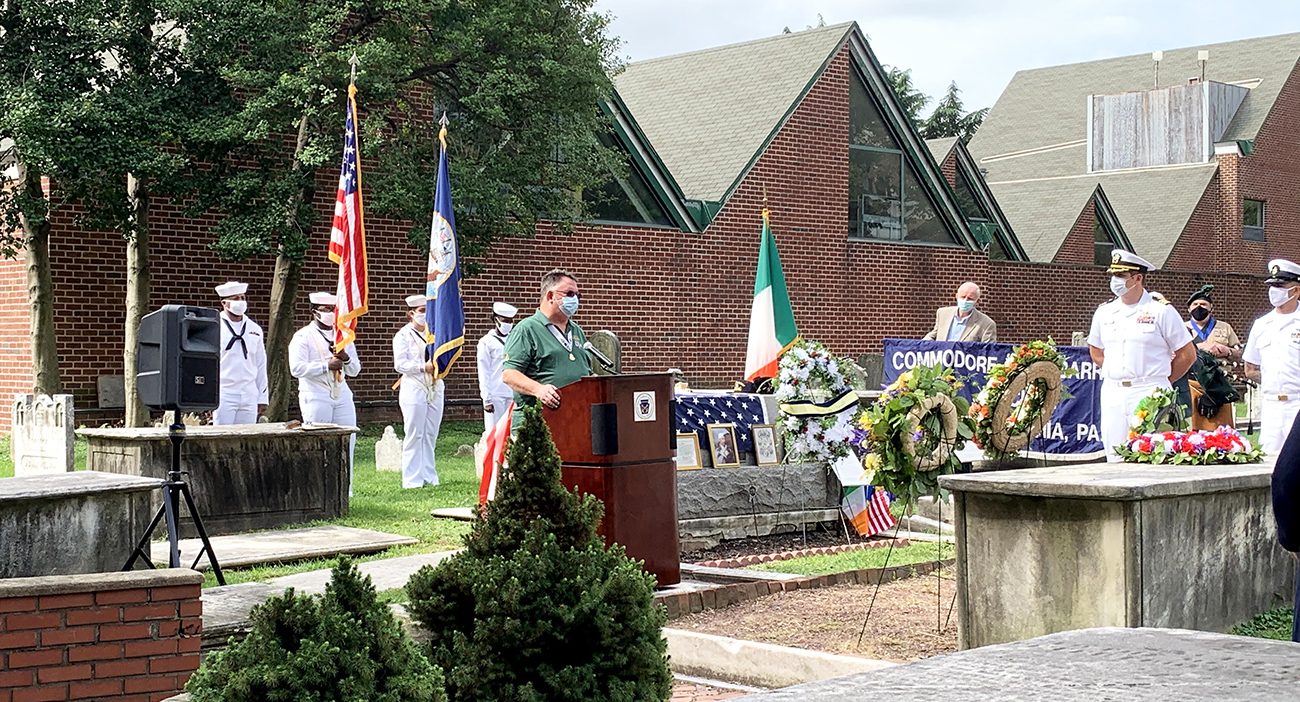 A member of the Ancient Order of Hibernians honors the memory of Commodore John Barry at the Sept. 13 memorial ceremony in Old St. Mary's Cemetery. Members of the Naval Support Center supplied an honor guard for the ceremony.

The cemetery holds the remains of Barry, who was buried there on Sept. 14, 1803. 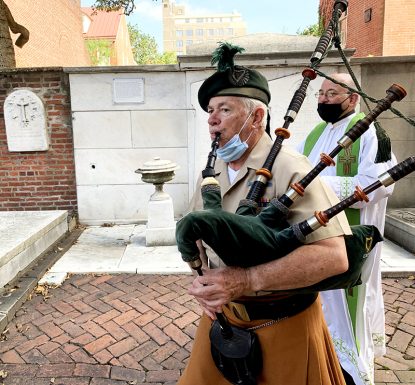 Known as the “Father of the American Navy” who founded the command structure of the U.S. Navy and led naval engagements heroically in the Revolutionary War, Barry was also a member of Old St. Mary’s.

Since Barry was a native of Ireland who made the port of Philadelphia his home, the annual observance includes groups honoring their Irish heritage, such as the Friendly Sons of St. Patrick, Ancient Order of Hibernians (AOH) of Philadelphia and New Jersey, the Irish Center and the Commodore Barry Clubs and Brooklyn and Philadelphia, among other groups.

The officers and sailors of the Naval Support Center participated and supplied an honor guard for the ceremony.

Watch a video of the ceremony here. 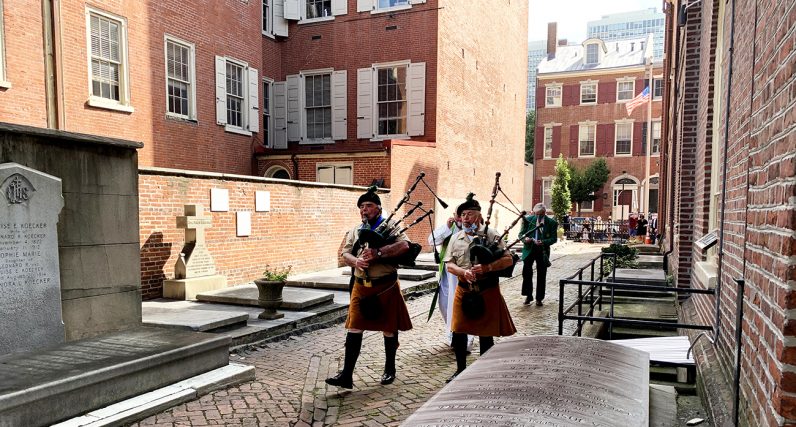