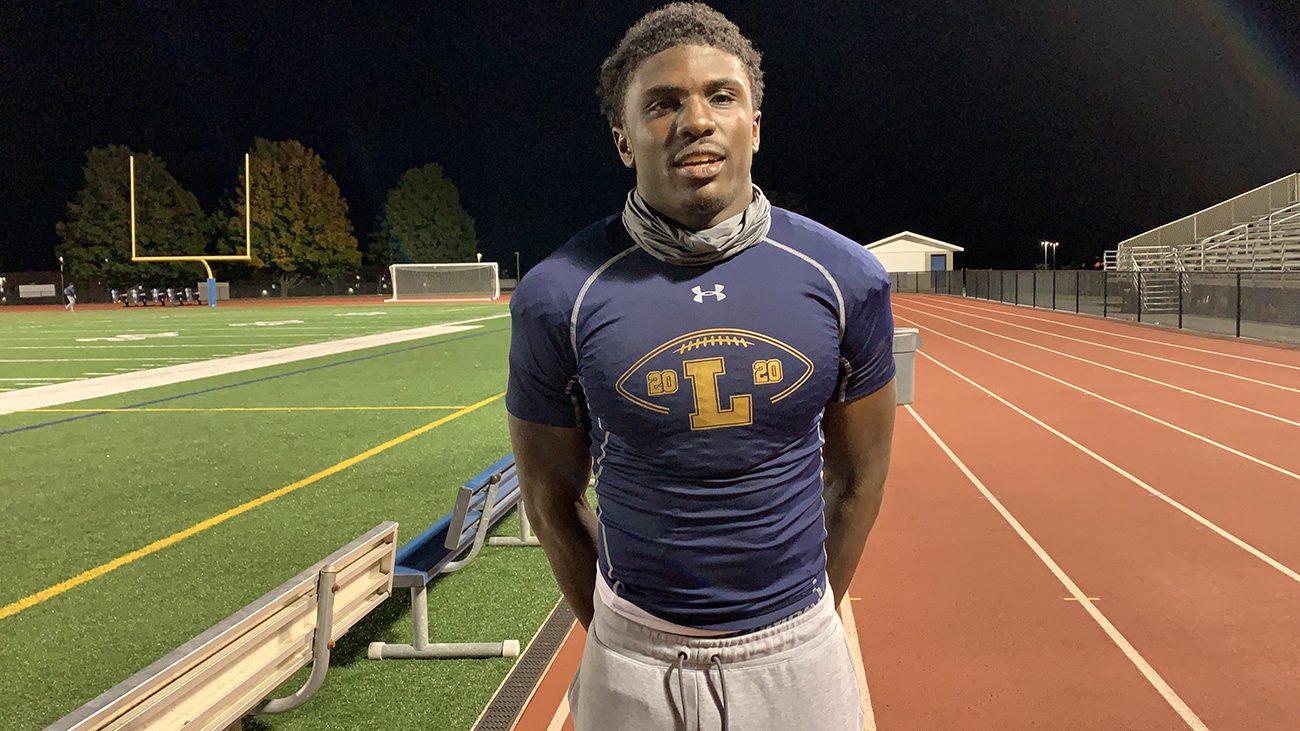 The oppressive tyrant COVID-19 took a backseat for two and a half hours on Sept. 18.

It was quite refreshing.

Opening its football season with a nonleague tilt at Manheim Township High School in Lancaster, La Salle appeared to be in midseason form.

“It wasn’t that bad getting used to everything,” said Brown, who last year established himself as one of the area’s best ball carriers. “It was really important, especially for the older guys.

“My offensive line – I can’t do it without them guys – and my outside receivers made a lot of big blocks. It feels really good to get out and play, especially with everything that’s been going on.”

Brown was referring less to the coronavirus and more to the tragic Sept. 4 passing of senior teammate Isaiah Turner, who collapsed after practice and was rushed to Chestnut Hill Hospital, where he was pronounced dead.

Grief stricken beyond belief, the Explorers have dedicated their season to a young man affectionately labeled “a gentle giant” whose infectious personality inspired friends, classmates and teammates on the football field and basketball court.

“Isaiah was a great guy,” said Brown. “We miss him a lot. He was with us tonight.”

Played before no spectators and coaches who wore facemasks on the sideline, the night began with a moment of silence. A very classy combination move by La Salle and Manheim followed.

On the Explorers’ first offensive play, 10 of the 11 starters lined up at the 38-yard line. The spot at left guard was left vacant out of respect for Turner. A five-yard offside penalty was called, but Manheim coach Mark Evans declined without hesitation.

Later, La Salle coach John Steinmetz and Evans divulged they had discussed La Salle’s planned tribute well before the game. The officials were also aware of the plan.

“Manheim’s coach was very gracious,” Steinmetz said. “Unfortunately, they had a similar situation happen to them, so they understood what we were going through.”

Although the Philadelphia Catholic League is not allowed to play fall sports, La Salle is not under the auspices of the Philadelphia Archdiocese, so they, St. Joseph’s Prep and Devon Prep (as well as Holy Ghost Prep, which has no league affiliation) have decided to play as many contests as they can in several sports because of the unlikelihood that customary fall sports could somehow be jammed into a six-month period in 2021.

Once the game – and season – began, the Explorers took early control when Brown scored early in the first quarter. La Salle’s offense continued to soar, finishing with 361 yards of offense, with 251 of those coming on 33 rushes for a dazzling 7.6 average per carry.

Brown’s touchdowns included runs of 28, 20 and 66 yards on the ground, and a 25-yard reception off a pass from senior quarterback Gavin Daly. The humble tailback finished with 159 yards on 17 carries.

La Salle had built a 28-6 lead late in the third quarter, but Manheim combined a long touchdown connection and an interception touchdown return to climb to within 28-20 heading into the fourth.

Brown scored his fourth touchdown to up La Salle’s lead to 35-20, but Manheim answered with a TD of its own. From there, the Explorers ran out the clock.

Among the storylines was a serious knee injury to junior quarterback Alan Paturzo in the final seconds of the second quarter. Ignoring his own grief, Paturzo granted an interview after the game despite needing assistance from crutches and knee brace.

A few days later, when it was officially determined that he was lost for the season, Paturzo graciously shared how he has been affected by his personal misfortune.

“Being out there with my guys that night was very special, and even though I suffered a season-ending injury in the first half, I would not have traded that experience for the world,” said Paturzo. “I was very emotional that game knowing I would not play again this season, but my teammates and coaches came through and got the win, and that is all that matters.

“We started to battle adversity in that second half, but the offense came through after a tough start to seal the game with a long scoring drive. I could not have been happier for my guys, because we worked so hard and put so much time in to be able to shine that night and to show what La Salle football is all about.”

NEXT: Sports back in play at archdiocesan high schools