Parish takes a ‘paws’ to mark feast of St. Francis 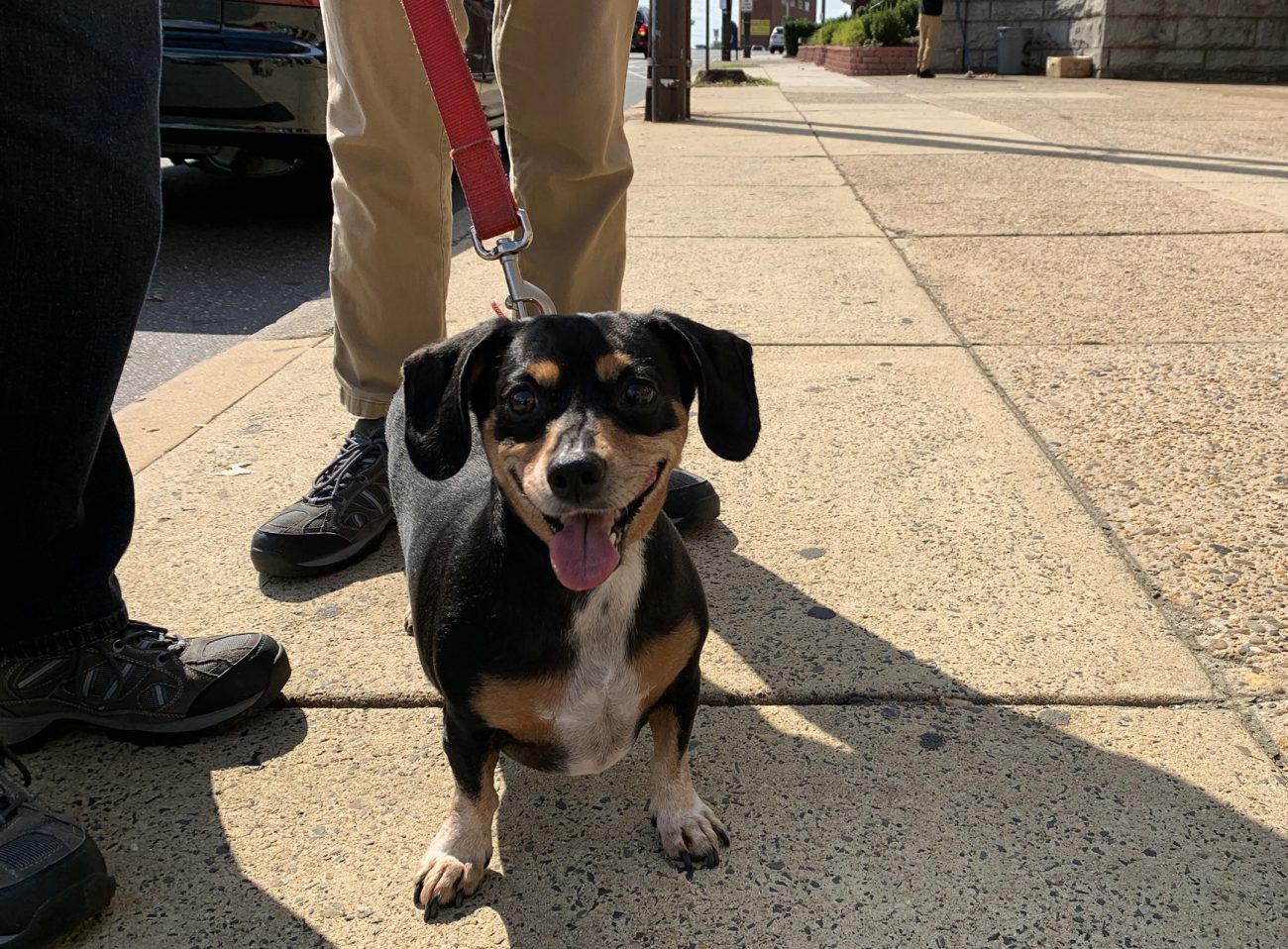 A dog waits for the start of an Oct. 4 blessing of the animals at St. William Parish in Philadelphia. The annual event took on greater significance, said St. William pastor Father Alfonso Concha, since it coincided with the release of a new Pope Francis encyclical inspired by St. Francis of Assisi. (Gina Christian)

A Northeast Philadelphia parish “pawsed” to mark the feast of St. Francis of Assisi by blessing some two dozen pets.

Dogs, cats, birds and even a few turtles, along with their owners, gathered for the Oct. 4 benediction in front of St. William Church immediately following the 12 p.m. Mass.

Barks, chirps and howls served as an impromptu opening hymn for the brief ceremony, which was led by Father Augusto Concha, retired parochial vicar, and his brother, St. William pastor Father Alfonso Concha.

“Animals are very special creatures; they are God’s creation,” said the pastor. “Pets are very supportive of people, and they’re part of the family.”

He added that the annual blessing took on added significance due to Pope Francis’ newly released encyclical, Fratelli Tutti (“All brothers and sisters”). The document, named for one of St. Francis of Assisi’s spiritual counsels, builds on the pope’s similarly inspired 2015 encyclical Laudato Si’, and calls for a “new vision of fraternity and social friendship” amid a deeply divided and crisis-ridden world.

(Watch scenes from the Oct. 4 blessing of animals at St. William Parish.)

The release of Fratelli Tutti also capped the Season of Creation, a five-week period of reflection upon God’s handiwork that begins with the Sept. 1 World Day of Prayer for the Care of Creation and ends with St. Francis of Assisi’s feast on Oct. 4. The ecumenical observance, initiated by both Ecumenical Patriarch Dimitrios I and the World Council of Churches, was officially endorsed by the Roman Catholic Church in 2015.

The beauty of nature and the companionship of animals can help “people to get along with each other” at a contentious moment in history, said Father Alfonso.

Pets “get people’s attention; you start asking their owners, ‘What’s their name?’” he said. “They create a little something wonderful.”

With his profound sense of creation as a witness to God, St. Francis of Assisi was named the patron saint of ecology by Pope John Paul II in 1979. At the same time, blessings of animals and pets became increasingly popular in the U.S., with “hundreds, if not thousands” taking place annually by the early 21st century, according to Laura Hobgood-Oster, professor of religion at Southwestern University.

St. William parishioners Denise Sachs and Maryann Hearn, who were on hand with their dogs, can understand why.

“We want St. Francis to intercede so that our pets can live longer, healthier lives,” said Sachs, who brought Ary, a Basenji, to the Oct. 4 event.

Hearn agreed as she cradled “Paco Pio,” a Chihuahua named after St. Pio of Pietrelcina, who was himself a Franciscan.

NEXT: Faithful can help parishes, schools through #iGiveCatholic effort