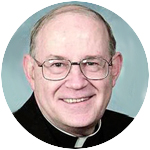 In his Christmas Message of 1998, appealing to both respect for human dignity and the common good, Pope St. John Paul II called for an end to the death penalty.

In his Jan. 27, 1999 homily at the Trans World Dome of St. Louis, Missouri, he repeated, “A sign of hope is the increasing recognition that the dignity of human life must never be taken away, even in the case of someone who has done great evil. Modern society has the means of protecting itself, without definitively denying criminals the chance to reform. I renew the appeal I made most recently at Christmas for a consensus to end the death penalty, which is both cruel and unnecessary.”

Pope Benedict XVI, in his Nov. 30, 2011 general audience, wished a group of the faithful that “your deliberations will encourage the political and legislative initiatives being promoted in a growing number of countries to eliminate the death penalty and to continue the substantive progress made in conforming penal law both to the human dignity of prisoners and the effective maintenance of public order.”

Pope Francis, in his March 20, 2015 letter to the president of the International Commission Against the Death Penalty, reaffirmed that “today capital punishment is unacceptable, however serious the condemned’s crime may have been.” The death penalty, regardless of the means of execution, “entails cruel, inhumane, and degrading treatment,” the pope wrote.

Furthermore, it is to be rejected “due to the defective selectivity of the criminal justice system and in the face of the possibility of judicial error.”

It is in this light that Pope Francis has asked for a revision of the formulation of the “Catechism of the Catholic Church” on the death penalty in a manner that affirms that “no matter how serious the crime that has been committed, the death penalty is inadmissible because it is an attack on the inviolability and dignity of the persons.”

“The new formulation of number 2267 of the Catechism of the Catholic Church,” according to the Feb. 8, 2018 Letter to the Bishops from the Vatican’s Congregation for the Doctrine of the Faith, “desires to give energy to a movement towards a decisive commitment to favor a mentality that recognizes the dignity of every human life and, in respectful dialogue with civil authorities, to encourage the creation of conditions that allow for the elimination of the death penalty where it is still in effect.”

PREVIOUS: We await the Blessed Hope

NEXT: For a year, walk in a needy mom’s shoes