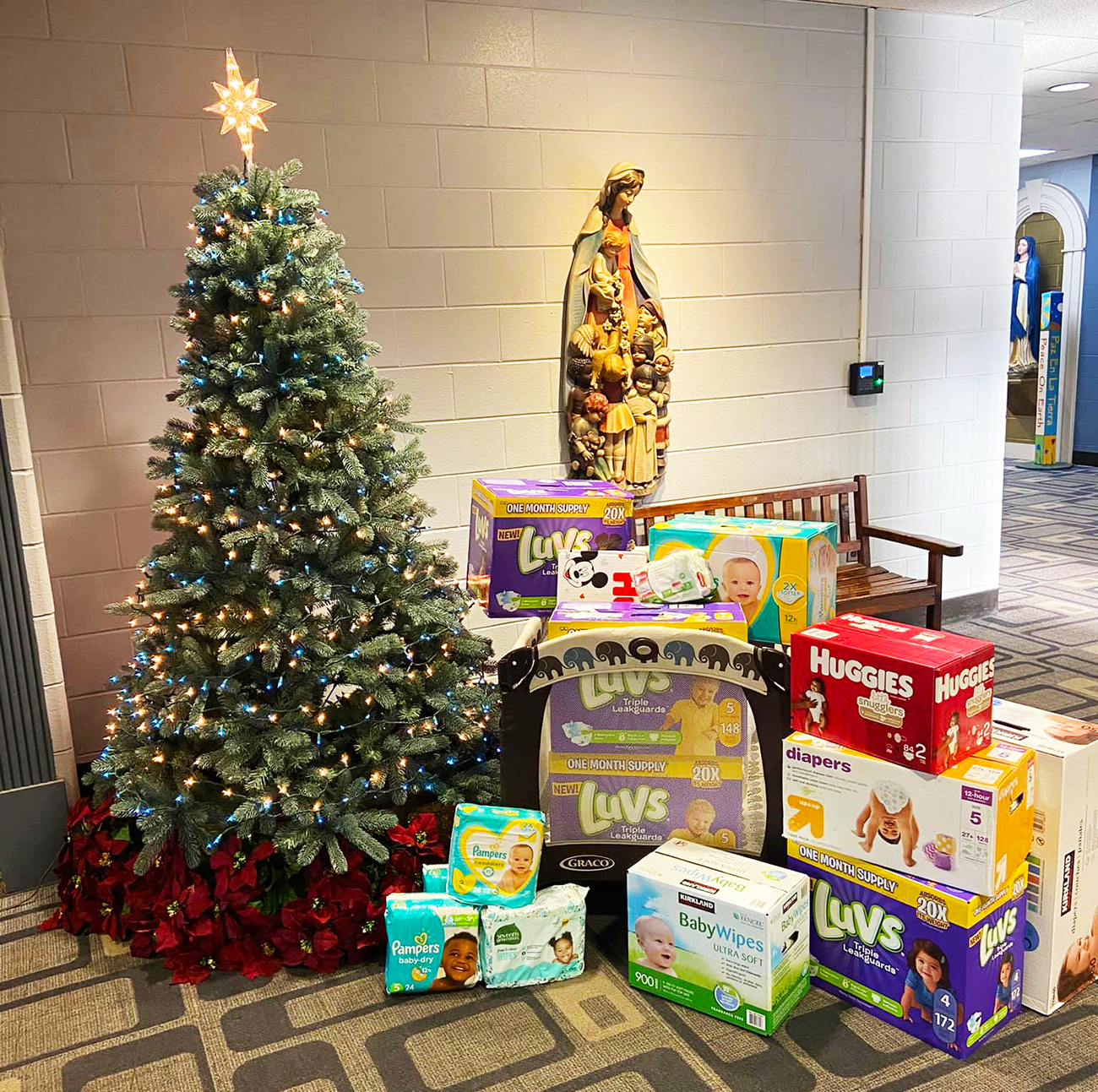 As Christmas nears, a number of folks are making sure babies in Bucks County are covered – literally.

Earlier this week, the Bucks County COVID-19 Recovery Fund awarded the center a $2000 grant, which will enable the purchase of essential items such as diapers, wipes and baby wash.

The fund, established by the United Way of Bucks County with support from Penn Community Bank, has provided a local emergency response to families and individuals facing the pandemic’s financial fallout.

BCFSC administrator Teri Mitchell said the grant would “have a direct impact on the families that we serve in our community in assisting with the health and well-being of babies and infants.”

Mitchell was also grateful for the generosity of students, families and staff from St. Andrew Catholic School in Newtown, who have been collecting packages of diapers since Nov. 30 on behalf of CSS. The Advent initiative has given participants a concrete way of “putting mercy into action” in the local community, said organizers, who will accept contributions through Dec. 18.

Although Christmas collections for children often focus on toys, “diaper need” is a serious issue among low-income families, one that has been exacerbated by COVID-19 and its economic impact.

According to the National Diaper Bank Network, one in three U.S. families struggle to provide the 8 to 12 diaper changes infants and toddlers require. On average, disposable diapers cost between $70 to $80 a month per baby, yet no state or federal child program specifically designates dollars for disposable diaper purchases. Most childcare centers (even free and subsidized ones) require parents to provide their own diapers.

Pennsylvania state childcare law permits parents to provide cloth diapers, which have begun to make a comeback, but that option can actually be “much more expensive” for low-income families, said Amy Stoner, CSS’s director of community-based, housing and homeless services.

“Without a diaper service, which is another cost, cloth can be very unsanitary,” she said.

In addition, many landlords and laundromats do not permit cloth diapers to be washed in their facilities.

Diaper need can take a toll on an infant’s health, said Stoner.

“Babies who are sitting in dirty diapers for long periods of time can develop rashes and urinary tract infections,” she said. “It’s a major health issue.”

Emotional well-being is also at risk, she added, since “when a baby is sick and has difficulty calming herself down, it leads in turn to frustration for the parents.”

A holistic awareness of family needs and dynamics is central to the mission of CSS’s six family service centers, where licensed social workers (many bilingual) provide emergency assistance throughout the five-county archdiocesan area. The centers, which are beneficiaries of the annual Catholic Charities Appeal, also serve as a first point of contact for CSS’s broad range of resources and for access to municipal, state and federal benefits.