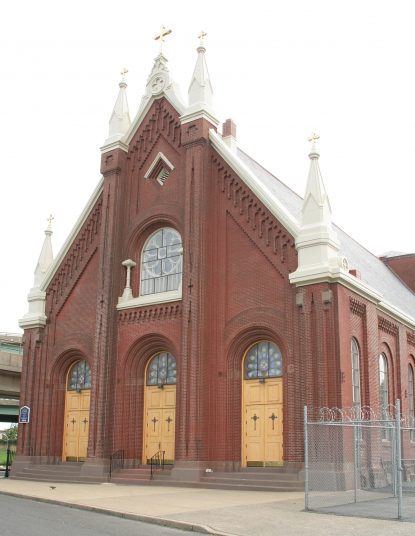 Two Catholic churches that have not been used for about two years will be formally closed and may be sold, the Archdiocese of Philadelphia announced Sunday, Dec. 6.

Immaculate Conception Church, on Front Street in the Northern Liberties neighborhood of Philadelphia, and St. Cyril of Alexandria Church in East Lansdowne, Delaware County, will be relegated to the status under canon law of “profane but not sordid use,” meaning they “will no longer serve as worship sites of their respective parishes and will close as Roman Catholic churches,” according to a release by the archdiocese.

Both had been merged with nearby parishes in recent years, and the news was communicated to parishioners at this weekend’s Masses.

St. Cyril, founded in 1928, merged in 2013 with St. Philomena Parish in Lansdowne, located less than a mile away. While a worship site of St. Philomena, regular Masses had not been celebrated at St. Cyril’s since Christmas 2018. Occasional Masses had been celebrated there for the students of St. Cyril School, an Independence Mission School on the campus.

The merger of the parishes meant that St. Philomena assumed “significant debt” of St. Cyril Parish, according to the archdiocese, which did not specify the amount of debt.

At the same time, the slate roof of St. Cyril Church needed to be replaced at a cost of approximately $1 million, a cost that St. Philomena Parish was unable to afford.

“Selling the property would relieve St. Philomena Parish of financial strain in attempting to correct the roofing and significantly help remove the parish debt and stabilize its finances,” the archdiocesan statement read.

The last St. Philomena’s saw average attendance at weekend Masses of 776 faithful, among the 1,192 households of the parish, according to 2018 data.

Leadership of St. Philomena, including the pastor, Father Paul Castellani, will decide the future usage or sale of St. Cyril as they aim “for continued parish viability and sustainability,” the statement read.

In 2011 it merged with St. Michael’s and became a worship site of that parish.

But by the winter of 2017, Masses at Immaculate Conception “were suspended due to a complete failure of the heating system,” and a year later chips of paint suspected of containing lead began falling from the ceiling, according the archdiocesan statement.

Even while temporary heaters had been used at a high cost, the paint problem “led to the total suspension of the building’s use as a worship site out of an abundance of caution.”

With a new heating system projected to cost up to $80,000 and the cost of a needed roof replacement approaching $280,000, the deferred maintenance could not be accomplished by St. Michael Parish, whose collections amount to less than $1,000 a week.

According to the most recent data in 2018, St. Michael’s saw an average of 108 attendees to weekly Mass from a registered population of 193 households.

Those factors prohibit St. Michael Parish from “making even a small attempt to bring the Immaculate Conception Church building into any form of usable state, given the high cost of doing so,” the archdiocese said.

And since the two Catholic churches are located less than a half-mile from one another, no undue burden is seen for parishioners to worship together at St. Michael’s.

As in all parish mergers in the archdiocese, both St. Michael’s and St. Philomena’s assumed the assets and, in this case, the debts of the parishes with which they merged.

Since the plan to relegate the former worship sites to non-Catholic or even secular usage was approved by Archbishop Nelson Perez, the parishes may seek some usage including sale of the buildings to reduce the debt burden to the archdiocese and strengthen the parishes toward sustainability. 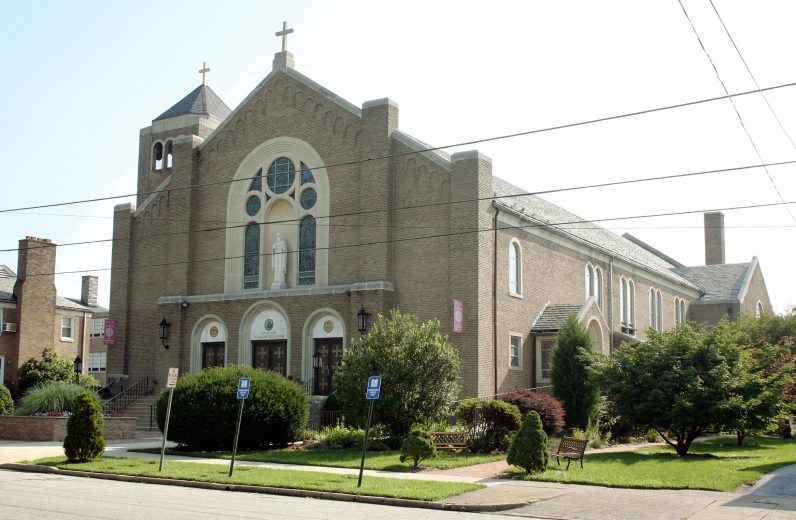 PREVIOUS: Local Catholics raise more than $1M for charity in a single day