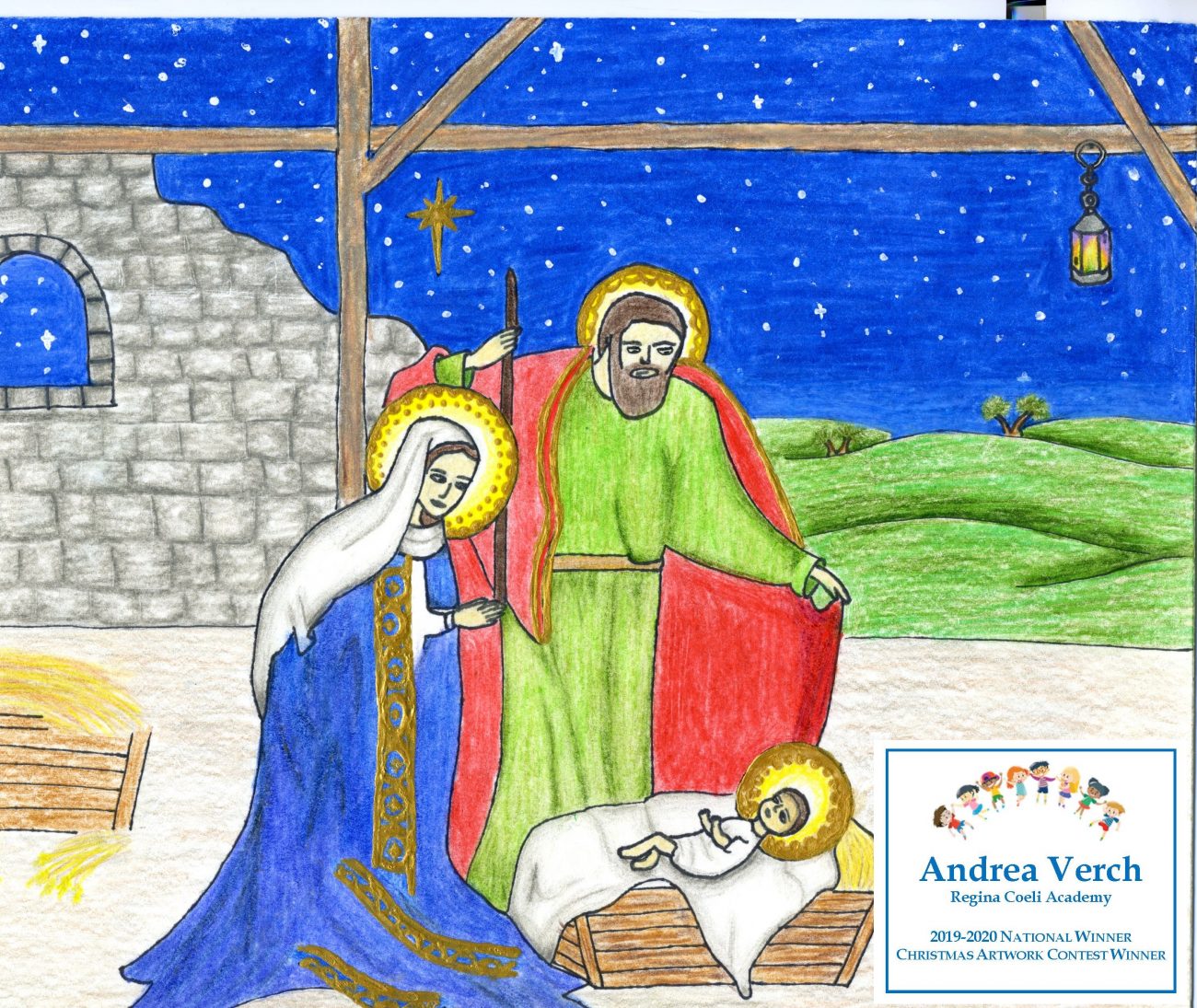 Andrea Verch, a seventh grader from the Regina Coeli Academy in Abington, and Toni Frank, an eighth grader at St. James Regional Catholic School in Ridley Park, were among the 24 young artists whose designs were honored this week by the Missionary Childhood Association (MCA) at the conclusion of its 2019-20 National Christmas Artwork Contest.

The archdiocesan MCA office named a number of local winners, who in addition to Verch and Frank included Hannah Pozz of St. Peter the Apostle School in Philadelphia, Pari Amin of Maternity B.V.M. School in Philadelphia, Rachel Weigand of Notre Dame De Lourdes in Swarthmore, and Nathan Gotto of St. Francis of Assisi in Springfield.

Founded in France in 1843 by Bishop Charles de Forbin Jansen, the MCA promotes “children helping children,” encouraging kids to provide spiritual and sacrificial support to their counterparts in mission dioceses throughout the world. Part of the Pontifical Mission Societies and now active in 110 countries, the MCA raises funds to build schools, implement medical and nutritional programs, and expand access to educational resources. 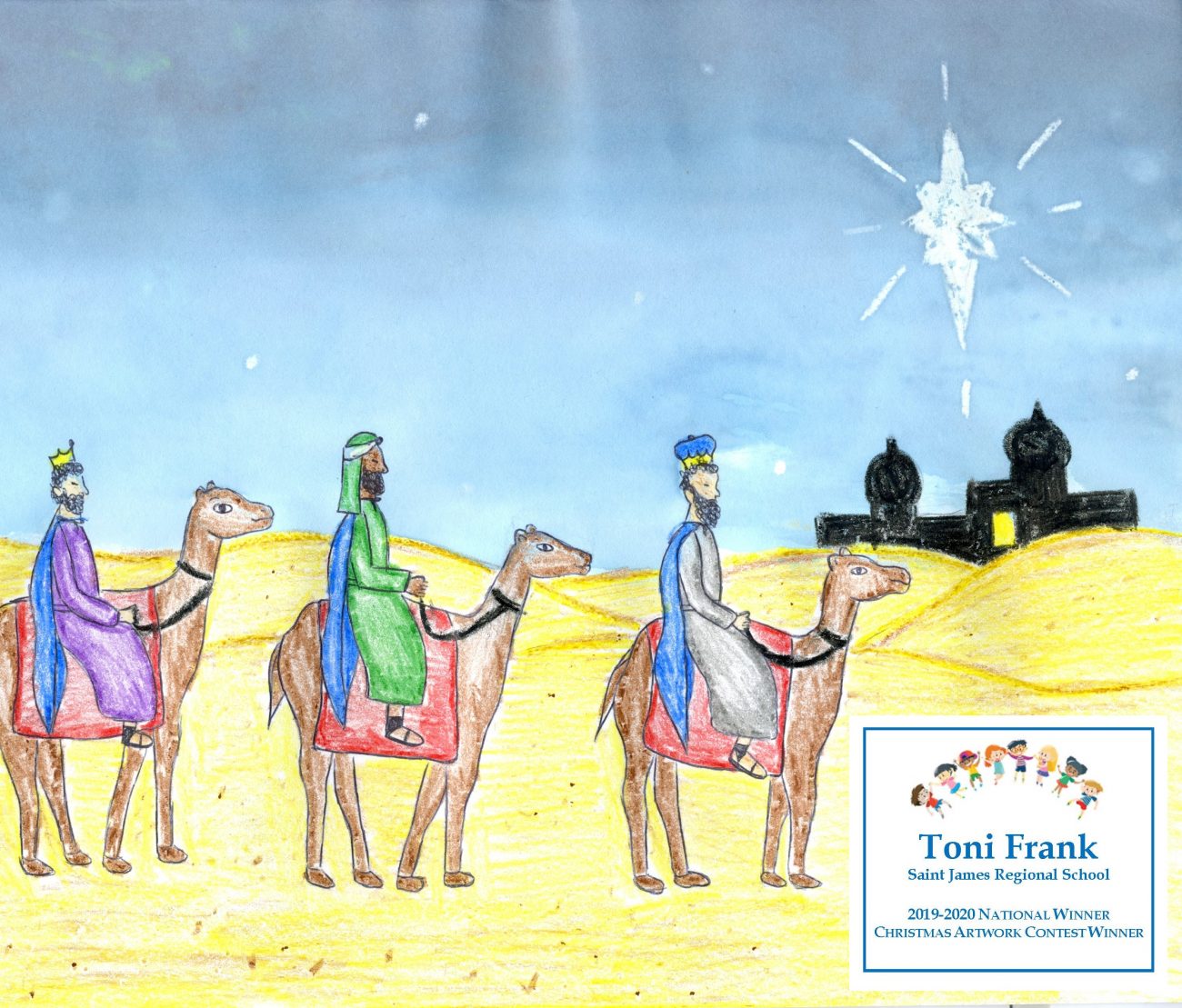 Submissions must depict a Scripturally-based aspect of Christ’s birth, such as the manger scene, the visits of the Magi and the shepherds, or the angel Gabriel.

Verch’s vibrant Nativity scene featured rich blue, green and gold tones, with its detailed haloes evoking those found in icons. Frank portrayed the three Wise Men perched atop their camels, gazing reflectively on the Star of Bethlehem rising at dusk.

The two students are Philadelphia’s first national winners in a number of years, said Alixandra Holden, mission education coordinator for the archdiocesan office of the Pontifical Mission Societies.

Normally, the winners would be invited to an award ceremony at the Basilica of the National Shrine of the Immaculate Conception in Washington, D.C. Due to COVID, the Dec. 16 event was moved online, with Holden and Philadelphia Auxiliary Bishop John McIntyre providing a pre-recorded congratulatory message.

The MCA posted the winning designs on its website, making them available as digital greeting cards that can be personalized and emailed at no cost.

The Advent season has been a busy one for the archdiocesan MCA office. On Dec. 3, Holden and Bishop McIntyre organized a virtual “World Mission Rosary” to coincide with the feast of St. Francis Xavier, a 16th-century Jesuit who baptized some 30,000 converts in Japan, India and the Malay Archipelago.

(Watch a recent video of MSC Sister Lisa Valentini speaking about her experiences as a missionary.)

Students from participating Catholic schools — St. Eugene in Primos, St. Jude in Chalfont, and St. Francis Xavier, St. Jerome, and Blessed Trinity in Philadelphia – prayed for the five major mission areas of the globe (Africa, the Americas, Europe, Asia and Oceania). The color-coded World Mission Rosary was launched in 1951 by Ven. Archbishop Fulton Sheen, then national director of the Pontifical Mission Societies, as a means of raising awareness of the global need for prayer.

Leading the students during each decade was Sister Lisa Valentini, a Missionary Sister of the Sacred Heart of Jesus and Holden’s predecessor at the archdiocesan MCA office. 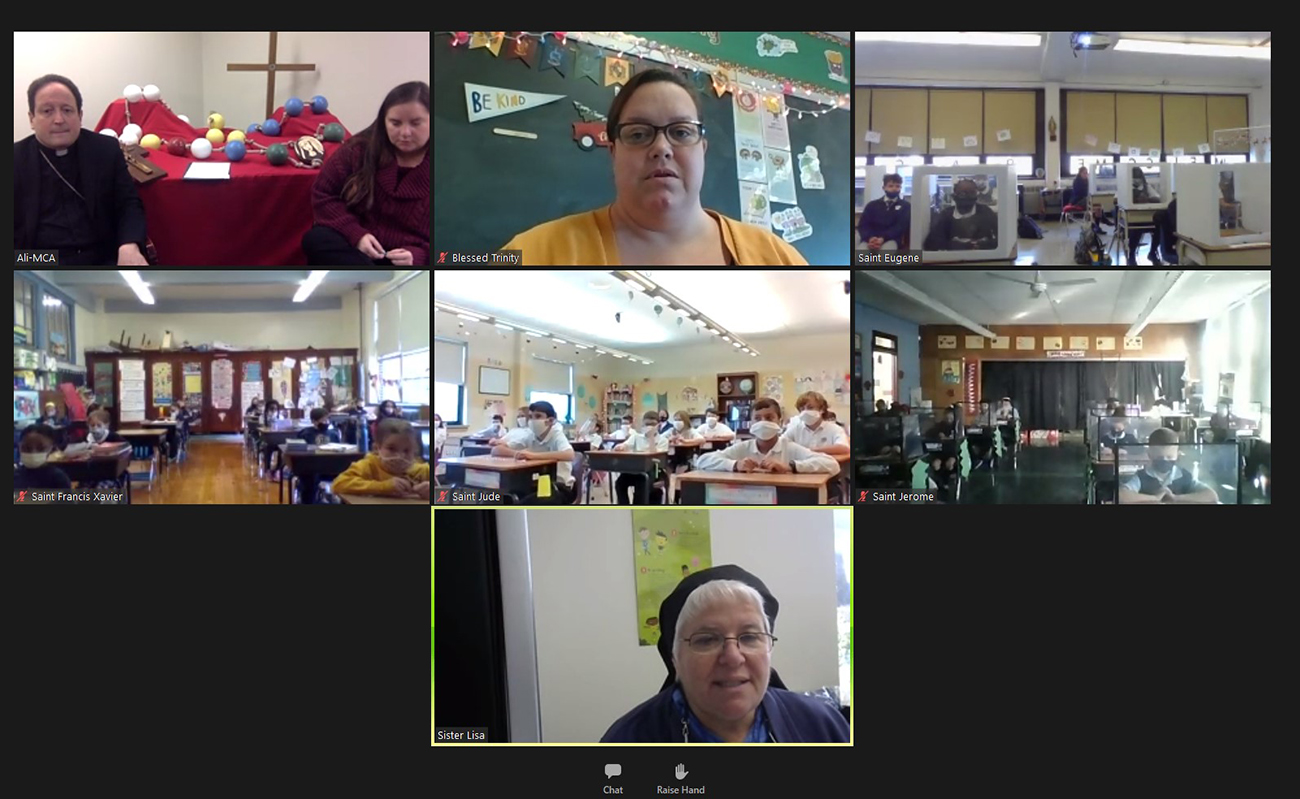 During a short talk after the rosary, Sister Lisa shared her own experiences in bringing the Gospel to residents of Peru, Mexico, Haiti, India and the Dominican Republic. Now back in the U.S., she had prior to COVID led more than 1,000 youth on 67 mission trips.

While on assignment in Peru, Sister Lisa even performed an emergency baptism on a dying infant brought by a distraught mother to the convent.

The Catholic Church permits such administration of the sacrament “in case of necessity” provided that the person has “the intention of doing that which the church does” and “pours water on the candidate’s head while saying: ‘I baptize you in the name of the Father, and of the Son, and of the Holy Spirit’” (Catechism of the Catholic Church, 1284).

Although she never learned if the child survived, Sister Lisa said “that baby got a spark of God’s life because he got baptized.”

And, she added, “he got baptized because a missionary was there.”

NEXT: Papal Foundation’s COVID-19 grants will aid ‘poorest of the poor’