A day that begins with prayer is a good day, pope says 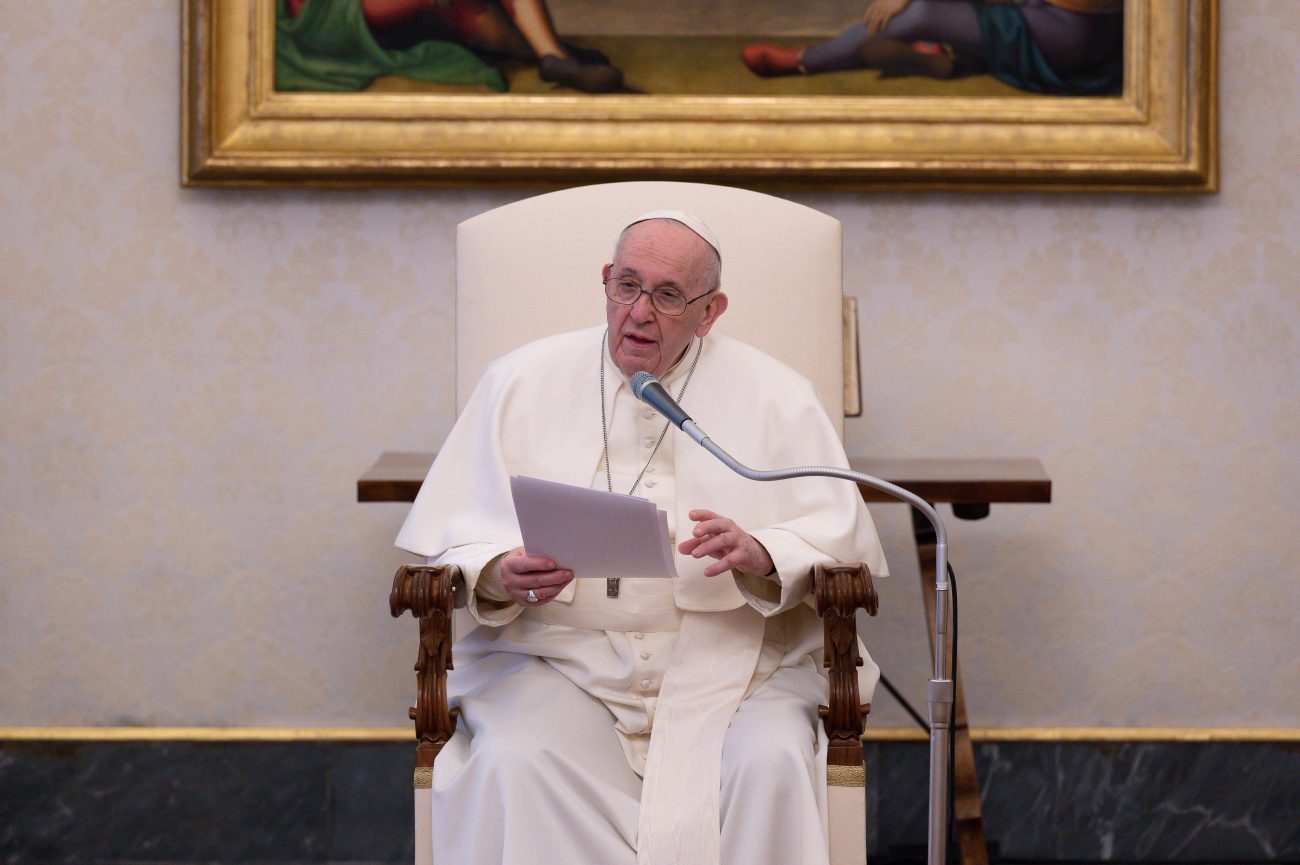 Prayer transforms a person’s day “into grace, or better, it transforms us: it appeases anger, sustains love, multiplies joy, instills the strength to forgive,” the pope said Feb. 10 during his weekly general audience.

Prayer is a constant reminder that God is nearby and so, “the problems we face no longer seem to be obstacles to our happiness, but appeals from God, opportunities to encounter him,” Pope Francis said, continuing his series of audience talks about prayer.

“When you start to feel anger, dissatisfaction or something negative, stop and say, ‘Lord, where are you and where am I going?’ The Lord is there,” the pope said. “And he will give you the right word, a piece of advice for moving forward without this bitter, negative taste, because prayer is always — to use a secular word — positive. It moves you forward.”

“When we are accompanied by the Lord, we feel more courageous, freer and also happier,” he said. “So, let’s pray always and for everyone, even our enemies. This is what Jesus advised us, ‘Pray for your enemies.'”

By placing one in touch with God, the pope said, “prayer inclines us toward an overabundant love.”

In addition to praying for one’s family and friends, Pope Francis asked people to “pray above all for people who are sad, for those who weep in solitude and despair that there still might be someone who loves them.”

Prayer, he said, helps people love others, “despite their mistakes and sins. The person is always more important than his or her actions, and Jesus did not judge the world, but he saved it.”

“Those people who always are judging others have an awful life; they are always condemning, judging,” he said. “It’s a sad, unhappy life. Jesus came to save us. Open your heart, forgive, excuse the others, understand them, be close to them, have compassion and tenderness, like Jesus.”

At the end of the audience, Pope Francis led prayers for all who died or were injured Feb. 7 in northern India when part of a glacier broke off, setting off a major flood that smashed two hydroelectric dams that were under construction. More than 200 people were feared dead.

He also expressed his best wishes to the millions of people in Asia and around the world who will celebrate Lunar New Year Feb. 12.

Pope Francis said he hoped all those celebrating would enjoy a year of “fraternity and solidarity. At this time when there are such strong worries about facing the challenges of the pandemic, which touches not only people’s bodies and souls, but also impacts social relationships, I hope that each person may enjoy the fullness of health and serenity.”

NEXT: A Valentine for all, from the eternal lover