Jews, Christians can learn from their shared Scriptures, say scholars 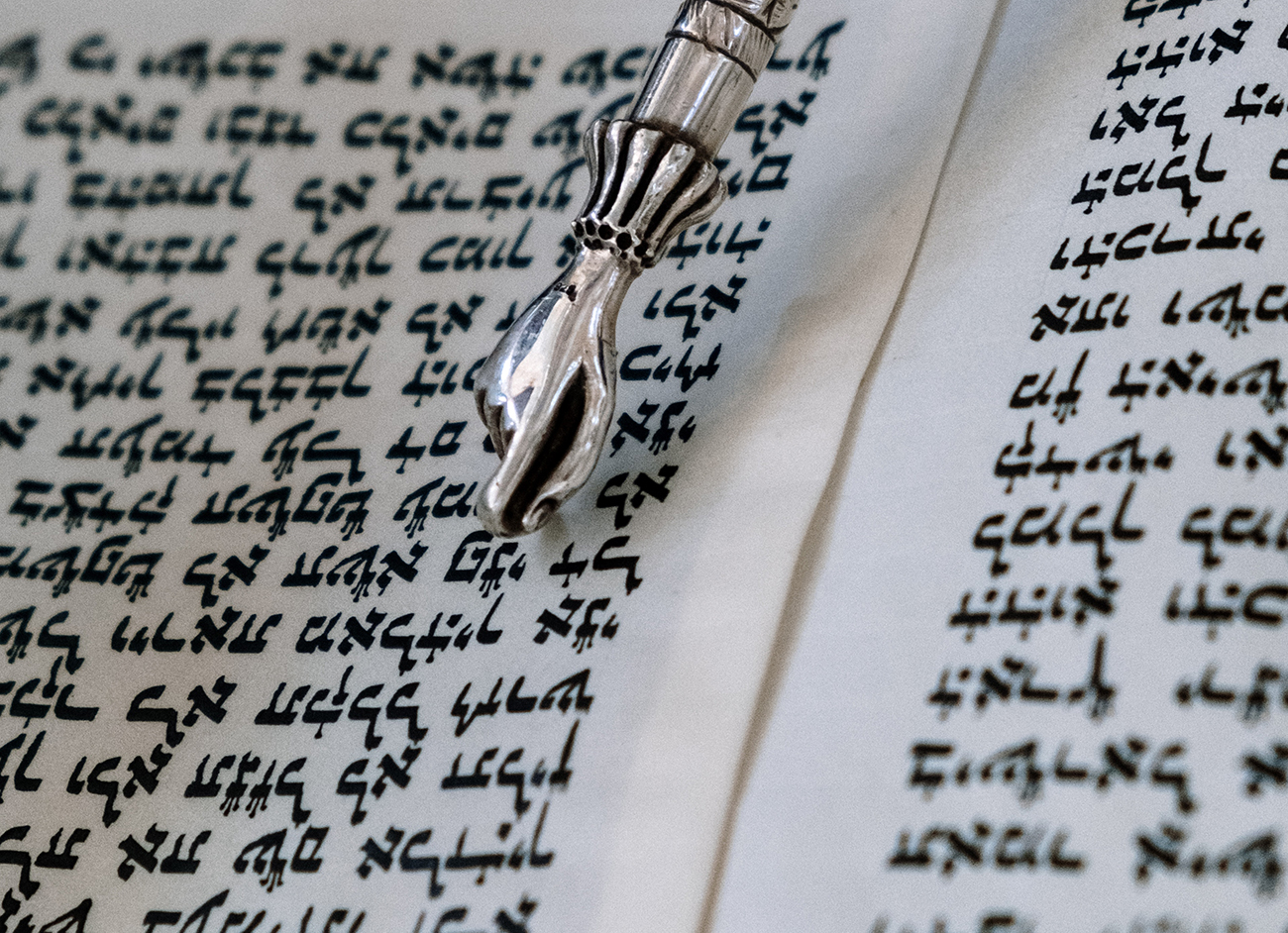 An image of a passage from the Torah, part of the Jewish Scriptures. (Cottonbro/Pexels)

Jews and Christians can learn from each other’s shared Scriptures, say two renowned academics — and such dialogue can help to move a divisive society “from polemic to possibility.”

“At a time of tremendous incivility in the U.S., we felt it was really important to model how one could be civil in the most serious disagreements,” said Bible scholar Marc Zvi Brettler of Duke University during a Jan. 31 webinar hosted by the Institute for Jewish-Catholic Relations (IJCR) at Saint Joseph’s University.

Brettler joined fellow scholar Amy-Jill Levine of Vanderbilt Divinity School in discussing their recently released book, “The Bible With and Without Jesus: How Jews and Christians Read the Same Stories Differently.”

The work builds on their previous collaboration as co-editors of the widely acclaimed “The Jewish Annotated New Testament,” the revised 2017 edition of which both scholars personally presented to Pope Francis in 2019.

To bridge the gap, Levine and Brettler followed up with their current book, examining key texts through the lenses of historical context, Christian exegesis and diverse interpretations within Jewish thought.

Then, “in a position of fellowship … peace and reconciliation,” said Levine, the duo asked “what might this text be saying to us today?” 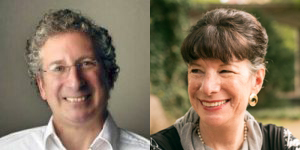 Bible scholars Marc Zvi Brettler and Amy-Jill Levine say that Jews and Christians can learn from their shared Scriptures and move from “polemic to possibility” in their relations with each other. (Composite photo/Institute for Jewish-Catholic Relations)

As Scripture, the texts “continue to have ongoing meaning,” she said. “How do we have that meaning in a conversation?”

Brettler stressed that “in terms of fellowship, the most important word in the title of the book is ‘and’ … because this is a book about how we can read the same (texts) in different ways and respect each other.”

What Christians refer to as the Old Testament is instead known in Judaism as the Tanakh, an acronym for the Hebrew titles of that canon’s three parts: Torah (“teaching” or “law”), Neviim (“prophets”) and Ketuvim (”writings”).

Christian Old Testaments themselves vary: Catholics and Eastern Orthodox recognize seven deuterocanonical books, along with portions of the Books of Esther and Daniel, that are not included in the Protestant canon, with a few additional books rounding out the Eastern Orthodox canon.

The very order of the books in a given canon “makes a huge difference,” said Brettler. “It really does matter in terms of what is stressed.”

For Jews, “the Tanakh is a separate, self-standing book, while for Christians, the Old Testament is part of a larger Bible,” a distinction to which “we would like to attune our readers,” he said.

Levine added that the liturgical presentations of Jewish and Christian texts also shapes how they are received and understood.

“In Judaism, you hear Torah read from a scroll, chanted in Hebrew,” she said. “In church, (Scripture) is read from a book in the vernacular.”

Christians “may well see Jesus on every page (of the Old Testament), and that’s perfectly fine doctrinally, while a Jew reading the Tanakh … is not going to see Jesus at all,” said Levine. “And what we wanted to do is explain that both traditions make sense.”

That view has been strongly endorsed by the Catholic Church. Through the documents “Dei Verbum” and “Nostra Aetate,” the Second Vatican Council rejected the notion that Christ invalidated the covenant God had made with the Jews. Speaking in 1980, Pope St. John Paul II affirmed the importance of Scripture in the church’s understanding of its relationship with the Jewish people, stressing that the “Old Covenant (was) never revoked by God.”

With that in mind, Jewish and Christian interpretations of texts such as Psalm 22, which contrast starkly, are more easily understood, said Levine and Brettler.

Christians immediately associate the psalm with the crucifixion narratives in Matthew and Mark’s Gospels (Mt 27:46, Mk 15:34) in which Jesus recites the second verse: “My God, my God, why have you abandoned me?” (Ps 22:2)

Jewish readers, however, regard the psalm as a “typical lament” that has been more commonly linked to the Book of Esther and the festival of Purim, said Brettler.

Collaborative study of shared Scripture can dispel erroneous conclusions about Christian and Jewish conceptions of God, said both scholars.

“Anybody who comes up with an Old Testament God of wrath versus a New Testament God of love has (not) read the text carefully,” said Levine, who along with Brettler pointed to passages and Jewish commentaries stressing divine mercy and grace.

“There’s education that needs to happen on both sides,” she said.

In 2001, the Pontifical Biblical Commission called for just that, saying “Christians can learn a great deal from a Jewish exegesis practiced for more than 2,000 years,” while “in return, Christians may hope that Jews can profit from Christian exegetical research.”

The journey to a deeper understanding of sacred texts does not require “coming to some sort of lowest common denominator of religion,” said Levine.

“We don’t want people to give up their own particular religious beliefs on an altar of interfaith sensitivity,” she said.

Rather, said Levine, “we want them to be able to listen to their neighbors and say, ‘Oh, now I understand how you got there, even though I may not agree with you. Now, how can we work together?’”

NEXT: Food giveaway draws crowds in ‘moment of evangelization’