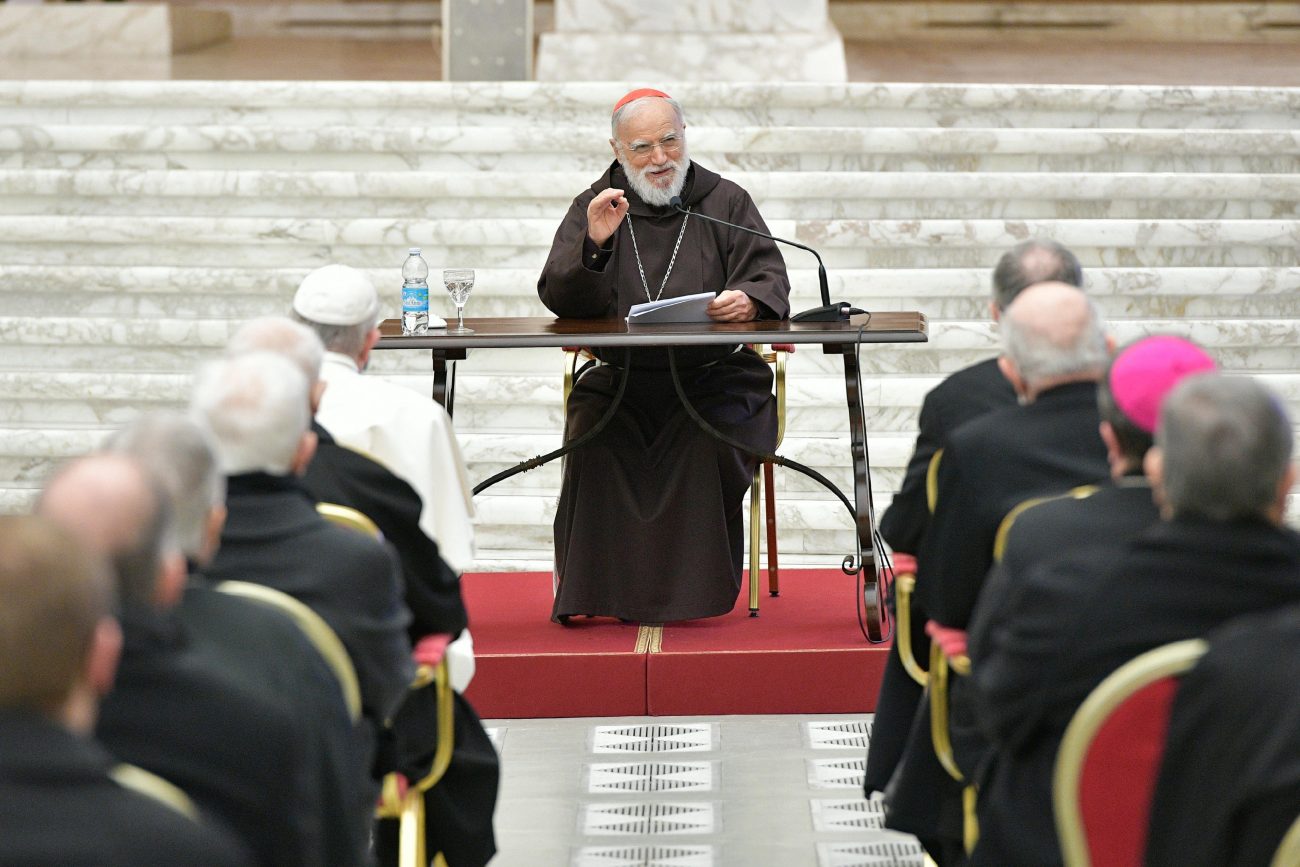 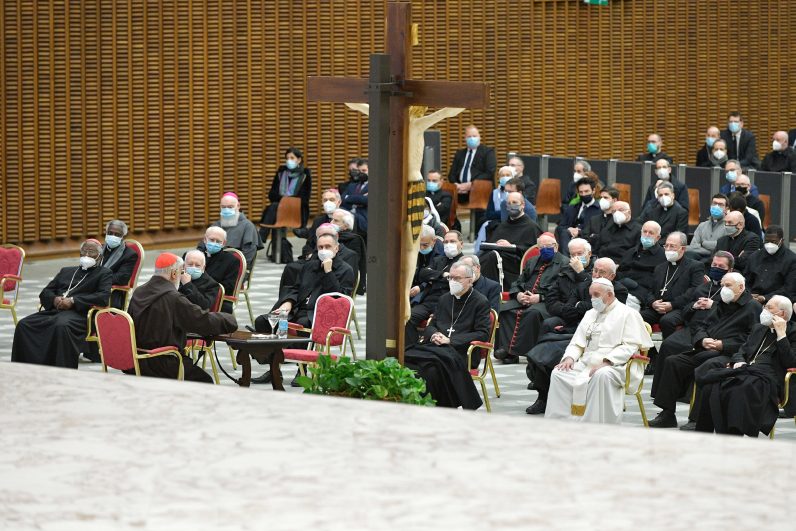 VATICAN CITY (CNS) — When facing huge difficulties or suffering, St. Paul reminds people that nothing can overpower or end God’s love for his people, said the preacher of the papal household.

The apostle “suggests for us a method of inner healing based on love. He invites us to dredge up all the anguish nestled in our heart, the sadness, fears, difficulties,” self-satisfaction and guilt and expose it to the light of knowing “that God loves me,” said Cardinal Raniero Cantalamessa March 26 as he offered a Lenten meditation to Pope Francis and officials of the Roman Curia.

Remembering and believing God loved and died for each person “truncates every negative thought” and tells everyone that, “If God is for us, who can be against us?” he said.

Speaking in the Vatican audience hall, where the pope and officials sat socially distanced from one another, the cardinal said that this reading from St. Paul’s Letter to the Romans “invites us to look with the eyes of faith at the world that surrounds us.”

The world today continues to have powerful people, now with frightening weapons and manipulative designs, but it has also been brought to its knees for more than a year by an “infinitely small” coronavirus, he added.

St. Paul, who also lived through tremendous difficulties, invites people to never forget there is nothing and no one stronger than Christ’s love, the cardinal said.

With Good Friday and Easter Sunday drawing near, the cardinal asked people reflect on the fact that Jesus is risen and alive, but “he did not return to life as it was before, like Lazarus, but to a better life,” free from suffering and as king of the universe.

“Let us hope it will be that way for us,” he said, that people emerge from their “tombs” of quarantine and isolation not the same, but better than before. 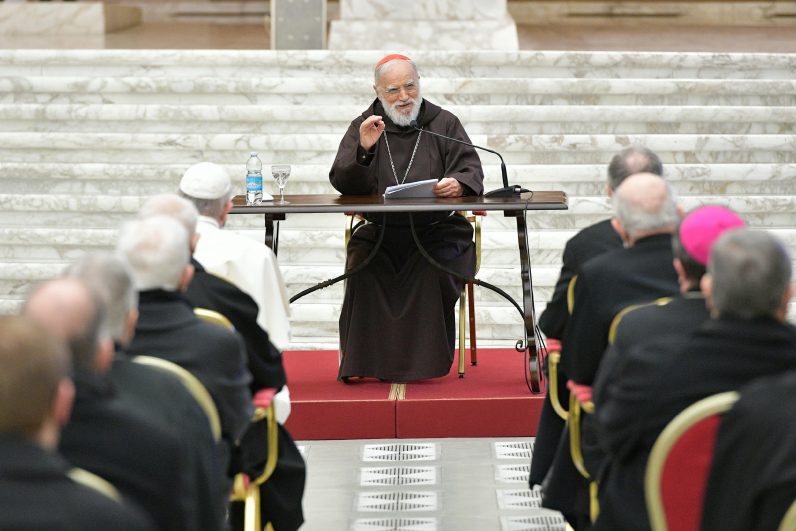 PREVIOUS: Crowding around Jesus, or standing with him?