To heal from racism, learn the stories of wounding 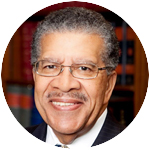 It’s my belief that we have a nation rapidly moving further apart, not closer, on the issue of race. We have a racial divide.

What better time than the sacred season of Lent for an examination of conscience about the sin of racism?

We have a shared personal responsibility to be a part of the difficult journey to confront unconscious biases and possibly even the sin of racism within us and within the Archdiocese of Philadelphia.

During this season we commit to Lenten practices and prayers. But let’s not only give up something this time … let’s do something. It could be transformative.

It is your fight, our fight, because we are Catholic. Love of one another is the Lord’s teaching and at the center of who we are. We must own it. We cannot continue to remain on the sidelines.

Our actions must be intentional. This takes courage, conviction and commitment. It is hard stuff, perhaps unpopular, and uncomfortable. Familiar?

In my lifetime, I’ve experienced being viewed as “less than.” This challenges me to “be better, not bitter.”

The Archbishop’s Commission on Racial Healing is inclusive with committed diverse racial and ethnic backgrounds. We will tackle the sin of racism with the assurance of God’s grace, and hope. We will recommend to Archbishop Perez actionable items for his consideration.

A bit of context:

* After stopping to get gas on a return trip to the Marine Corps base in North Carolina, I was chased down a back road by 10 or so white supremacists, who were on the back of a flat bed truck. They had clubs, pitchforks and God knows what else. They shouted hateful obscenities at me as I sped away. Divine Providence protected me.

* On a corporate move from Los Angeles to Chicago, the realtor brought a potential buyer over. But when I opened the door, the man did not look at me and said, with disdain, “I am not interested!” So to sell the house, I had to make it “race neutral.” Taking down the only picture we have of my mother was especially painful. She died when I was 3 years old.

* After relocating to Chicago, late one night while the car was parked in the driveway, the back window was shot out. The police came out to investigate. But in the morning a Barbie doll that had been painted black with a noose around its neck was hanging from our mailbox with a message of hate. The message basically was: your kind is not welcomed here. Sad, but worse yet, one of the teenagers involved was a member of our parish.

Gerald Davis is a member of the Archbishop’s Commission on Racial Healing and a parishioner in the Archdiocese of Philadelphia.

PREVIOUS: Look to St. Joseph to deal with our much-changed world

NEXT: Who is the modern-day St. Joseph in your life?